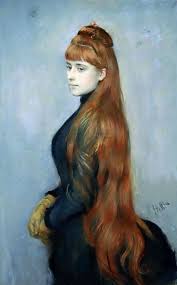 Turn around, Judith Eastman and say goodbye to the simple
life. Remember when: you were much unattached, you would test
cameras for your brother, and you went home to a darkened flat
with Frisky eagerly awaiting his chance to relieve himself.

The world revolves from night to day, revealing Harv Pearson
and a budding national magazine. One has stolen your heart, the
other your serene settled existence. She hurriedly piles her waist
length hair on top of her pretty head in advance of greeting her
house mate on this clear, chilly November day. She will find him on
the daybed in her living room, just as she does on a daily basis. There
are fewer and fewer true gentlemen in the States, indeed the world,
where in France a Frenchman would bed two women and then have
his lunch. Not Harv Pearson, no. He is a throwback, yes, but Judith
loves him for it. There is much to be said for waiting to consummate
a relationship, even if everyone and her brother probably assume the
juicy incorrect.

This is the big day. Dressed in her finest blue taffeta gown, she
prepares to greet Herbert Love and the young Ferrells at a continental
eatery in the Rochester Arms, the stylish hotel that will house the
out-of-town players in the inauguration of the Pearson-Eastman
Journal.

“Judith, where did you put my gray suit?” Harv wonders.

“Do you mean the one you wear with that red bow tie? Not
today. I bought you one of those new tuxedos. It’s hanging in the
hall closet.”

“We will look like a best man and maid of honor at a
wedding!”
____The Life and Times of a Black Southern Doctor 163

“Perhaps you will acquire some ideas from the occasion.” Judith
is hinting at a Pearson Journal, if it were not for the marquee value
of her Eastman tag. “You see, George promised me he would have
one of his assistants capture the moment for us—and you know how
distinguished George looks for business.”

“Does he sleep with a three piece suit on?”

“NO! He merely looks the part of the world’s leading inventor.”

Pearson withholds citing the surnames Bell and Edison, Ford and
other cutting edge innovators. He keeps in mind that, before he
arrived on the scene, Judith’s respect and admiration centered on her
famous brother. He will muster up as much distinguished as a veteran
news hound can. It’s not like he doesn’t cut a fine figure of a man, it’s
just the stigma attached to what some folks have labeled “monkey
suits”. And there is nothing like his tweed coat, cotton shirt and yes,
a neatly tied red bow tie.

“What time is our meeting?” He changes the subject.
The doorbell rings from below.

Judith beckons through the voice pipe, “Who is it?”

“It is me, dear.” His voice echoes up the tube to the second floor.

“Quick, get dressed Harv,” she chastens. “I will be right down to
get you, George.”

“I hear the early inventor catches the worm . . . . good gracious
Jude, is he in the Greenland time zone?”

“Be kind, Harv. I cannot remember when I’ve seen him so
excited.”

“You mean more than when he developed the high speed
shutter?”