“The look of hate on that bellboy’s face
is an image that I have repeated many times in my works.”

“How long ago would you say that was?” asks James.

Lyn turns to Sara, “Wasn’t that right after we came back from the
Mediterranean?” Sara nods eagerly. That was the trip when Lyn finally
confronted her feelings for Sara; from curiosity to commitment, one
of those defining markers in one’s life. “That was 1923, eight years
ago.”

“Three months and five days,” Sara adds to the accuracy, minus
the hours.

“OoooKaaaay,” James confirms. Sara face ratchets up several
shades of red. “That would make, Charles is his name, about 18,
correct? Yes. And does that fit the profile of those described young
men? It does.” Sara is holding her tongue.

“I know this Charles, happens to wear a hat that you have
described. He is not really stupid, he just happens to where his heart
on his sleeve. I cannot believe he would be capable of something like
this.”

“What if they were liquored up? Heard tell that his uncle Rufus does some moonshinin’ out there in the hills,” A.O. suggests.

“Booze does have a way of magnifying a man’s state of mind,” James agrees.

“Turning them into filthy animals,” so much for Lyn’s unbiased
opinion of the male condition! She fails to mention that she believes
that men are born that way.

“Not all of us, I hope, Miss Hanes. I had the occasion to enjoy
more than a few cocktails at a meeting last week and never once
pinched a waitress, let alone attack an elderly woman. My wife,
Abbey, even suggests I do it more often, you know, an outlet from
dealing with everyone else’s problems.”

“I guess I shouldn’t let my bad experiences taint my views. I
apologize.”

“No need, I think I understand.” He does and has no problem
with the domestic situation in the home he is seated. It will not affect
how he feels about either of them. “Well, Alpha, I think we should
be going. These fine ladies have helped us tremendously. Thank you
for the tea. Sure tastes good on a steamer day like this.

“Try not to dwell on this matter, Sara. If you do, then these creeps
will have caused another to suffer needlessly.” 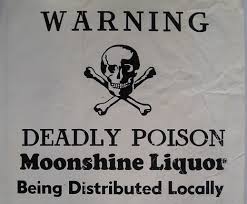