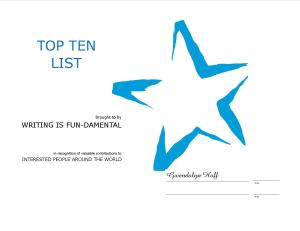 On August 6th, 1945, the world was changed forever by a weapon capable of wiping entire cities off the map. In the years that followed, the bomb would fall into the hands of other countries. And for the first time in the history of the civilized world, Armageddon was within reach.

To deal with this new threat to the world’s population, the Doomsday Clock was born. In maintenance for more than half a century, the Doomsday Clock is a metaphorical clock with its hands set to just a few minutes until midnight, signifying just how close the world is to absolute annihilation at any given time. During the first year, the clock was given a generous seven minutes until midnight. But a lot of things have changed in the world since then. Just how close have we come to destruction, and how close are we now?

In 1945 the world was stunned by the arrival of a new type of monster, an atomic bomb so destructive that it wiped cities off the map and claimed lives in the hundreds of thousands, some deaths occurring long after the bomb had been dropped on the nation of Japan. No more than a month after the display of power, Japan was ready to surrender. While the Soviet Union played a big part in their decision to surrender, there was no debating that the United States had just cemented itself as one of the world’s first super powers.

But there were murmurs throughout the nations. The Soviet Union was working on developing its own bomb, and they weren’t far from matching the might of the United States. Once it became apparent that the States wouldn’t be able to hold onto the secrets of the bomb forever, a terrible realization came over the world. For the first time in history, we had the power to end all life on Earth, and the planet’s two greatest rivals both had their fingers on the trigger. The Doomsday Clock was born in the hopes that the world might realize just how close we were to absolute destruction, and it was set to a terrifying seven minutes to midnight. But things were about to get a lot worse.

It was not a good first six years for the Doomsday Clock. The Soviets had successfully detonated their first nuclear device in August of 1949, and triggered the official start of the nuclear arms race. Now, in 1953, both the US and the Soviet Union were demonstrating their thermonuclear might at the same time as a show of strength to each other.

It was essentially what you see when two teenage boys fight over who is cooler, but instead of hormone-fueled kids, it was a bunch of old guys circling each other while saying “You wanna fight?!” and “Do you want the real thing? Because I’ll give you the real thing!”  They just so happened to also be holding the keys to a series of machines that could end all life on the planet with a press of a button while they did it. It was a dangerous period, but it thankfully didn’t last forever.

As all fights between teenage boys end, they realized they would get in so much trouble with their mom — in this case Mother Nature – if either one of them worked up the courage to actually attack the other. In other words, both sides agreed that not being dead and hating each other was a whole lot better than being dead. Of course, things were still rather tense between the two sides, but they both knew the odds of the other attacking was pretty much zero.

And then in 1963, they made things official. Instead of constantly trying to egg each other into a fight by detonating more and more nuclear missiles in the atmosphere, they signed the Limited Test Ban Treaty. The treaty made it to where neither side could detonate nuclear devices unless it was deep underground, to protect other countries from radiation. This also slowed the development of nuclear arms considerably, due to just how much harder it was to do underground tests. Times were pretty good until …

Things just couldn’t be alright forever. Within a few years Pakistan and India had officially began a war, Israel and Egypt engaged in a six-day battle, and America was deeply ingrained in the Vietnam conflict. Things were not looking good for the world. But the bad times were only just getting started, almost entirely thanks to China and France. Both countries had successfully detonated their own nuclear devices in the years prior to the clock change and, unlike the US and Soviet Union, neither of them were involved in the signing of the Limited Test Ban Treaty. This meant they were in the free and clear to detonate their bombs wherever they wanted. This strained relations between the Soviets and the Americans even further due to their apparent lack of power to stop them.

After France and China successfully showed the world that they were capable of joining the big dogs in the nuclear arms race, America and the Soviets were done messing around with peace treaties for each and every nation that could be capable of detonating a nuclear device. Instead, the nations of the world all gathered together in some sort of United Nations, and signed a treaty making underground testing the only okay method of testing nuclear devices. Every nation except for India, Pakistan, and Israel that is. This will be important later.

For the time being though, it was peace and lollipops! The Americans and Soviets agreed to the SALT I agreement, which saw both sides freezing nuclear arms production, with an option for missiles being made for submarines as long as they destroyed one missile for each new one they made. They also signed something called the Anti-Ballistic Missile Treaty, which saw both sides deconstructing their nuclear defense systems.

1974, the year of the Smiling Buddha. Remember in the last few sections how India went to war with Pakistan and then refused to sign the Limited Test Ban Treaty? Yeah, that ended up causing some problems. In 1974, India successfully detonated the Smiling Buddha nuclear device, proving that they were capable of both leveling Pakistan and taking a stab at ending all life on Earth if they wanted. This put quite a number of people on edge, for obvious reasons.

To make matters worse, the Americans and the Soviets had begun using Multiple Independently Targetable Reentry Vehicles (MIRVs) (SALT I agreement). It was a new type of nuclear warhead, capable of more precise attacks on multiple targets with the use of only one rocket. Neither side liked that the other had those types of weapons, and talks on new and more restrictive nuclear treaties began to drag on as both sides worked out agreements on what they had to dismantle.

The United States had just purposely missed the Olympics in Moscow the year before in protest and Ronald Reagan was now their President, so things really couldn’t have been any worse if they tried. The Soviets had been invading the US-backed Afghanistan for the last few years  and President Reagan was starting to get sour about this whole Cold War thing. He wanted it to end, and believed there were only two ways to do it: either overpower Russia with even stronger bombs, or drastically reduce the amount of them in the world. Guess which one was more likely to happen.

In a rather surprising move, President Reagan started urging the Soviets to discuss with America the idea of disarming even more of their stockpiles. The odds of this actually working out were insanely low, but Reagan somehow managed to actually begin serious talks with Russia about the idea. The clock slowly pushed forward to total destruction astensions flared, but then something crazy happened …

The Intermediate-Range Nuclear Forces Treaty happened. While the United States and the Soviets waved their metaphorical dongs at each other, the people of the Soviet Union were gearing up for a revolution. Countries crumpled, and power switched hands betweendifferent parties. At one point Gorbachev was actually ousted, but quickly returned to power. The Soviet Union was crumbling, and soon enough, there wouldn’t be a Union at all.

Before too much control was lost, Gorbachev signed into the Treaty. It called for both sides to dismantle all nuclear and conventional ground and cruise missiles with a firing range of between 500-5,000 kilometers, which of course was a good thing. Unfortunately, shortly after all of this went down, the Soviet Union completely imploded on itself. While that might sound like a weird thing to be upset about, it makes sense once you realize that Russia had just lost control of a very large amount of their nuclear materials. While no weapons have ever been reported missing, the parts and schematics needed to build bombs are still causing trouble to this day, thanks to black market sales.

You might have noticed a distinct lack of Cuban Missile Crisis in this list about the Doomsday Clock and the Cold War. The reason for that is the crisis thankfully only lasted about two weeks. Not enough time for the people working behind the clock to adjust it for the current situation, but if it had been changed to reflect the situation, then it almost certainly would have been a minute away from Midnight. Possibly only ten seconds away.

We’re hoping everyone reading this knows about the Cuban Missile Crisis, but here’s a refresher just in case. The United States attempted (and failed) to overthrow Cuba’s Communist leader, Fidel Castro. Nikita Khrushchev began talks with Fidel Castro shortly afterwards, in an attempt to get him to allow Soviet ICBMs to be placed in Cuba as a deterrent towards the United States. Castro agreed to the plan, and the missiles started getting shipped to Cuba in secret.

The United States soon figured out what was happening, and decided to block any more shipments from getting into Cuba by putting the country under quarantine instead of justexploding it off the map. Afterwards, there were some tense behind-the-scenes negotiations, but everything ended up kind of working out in the end. More or less.

But most people don’t really understand just how close we came. The American ships guarding Cuba actually had orders to fire upon any ships trying to get past their blockade, and an American plane was even shot down by a Soviet ship at one point. That act alone could have been the end of the world, but both sides kept it cool and we’re still here, so hurray for that.

And now we’ve come to just last year. We’re actually worse off than we were a half century ago when the clock first came into the public eye. But it isn’t all bad news, as the problem now is less about world-wide annihilation and more about regional destruction. There are a lot of nuclear parts out there unaccounted for after the fall of the Iron Curtain, and plenty of countries still have large stockpiles of weapons of mass destruction, but we like to think everything will work out for the best. The Doomsday Clock has been maintained for over 65 years, and not once has it reached midnight (trust us, you’d know if it did.) It has gotten very close before, during some of the darkest times in our world’s history, but we’ve always managed to bring it back down. So give yourself a pat on the back humanity, you’ve earned it for all these extinction event-free years.

Strangelove writes for the website Game Podunk in his spare time

Up Against the Doomsday Clock