That’s a Wrap! — THE LIFE AND TIMES OF A BLACK SOUTHERN DOCTOR 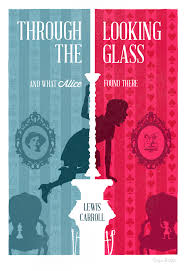 Chapters:Hospitable, Inhospitable flies us to Area 51 and an alien
contact. Good ol’ Newt Swackhammer, what a guy. The government
calls him a crank. But 1947 harbors both UFO’s and the bricks &
mortar of Laura Bell Memorial Hospital. Born of Alpha Campbell’s
spirit, the building itself is one large lightning rod; meant for good,
yet attracting an onslaught of controversy and hardship.

We look back at Mary Pickford and Douglas Fairbanks, along with
the world of Cinderella. And then bounce ahead to Michael Rennie
Walt Disney; what an odyssey of entertainment. Can you hear the
music of Scott Joplin and Duke Ellington? The Duke was supposed to
appear in 1954, but my unplanned plot-change got in the way; putting off the other depressing, mood killing stuff.

As for the remainder of The Life and Times, not so many pages
back, your imagination is the king. My imagination has splattered the
backdrop of history from way back in 1896, all the way up to the dawn
of John Fitzgerald Kennedy. Just the dawn in 1959 mind you, then you are
reeled back to days of trial in 1955.

But look at the payoff. Instead of an old man
in jail, we happen on a Laura Bell Memorial Hospital with a future. What
a shame. This is the way it should have ended for one of the first
Black doctors in Florida. In my rosy reality,  Alice’s wonderful Looking Glass helped me make lemonade out of lemons.

Alpha O. Campbell, M.D. deserved a better fate. Gwendolyn
Hoff has given it to him. Thank you for the privilege of writing this
story.

A.O., God rest your soul. It has been one wild ride!

That’s a Wrap! — THE LIFE AND TIMES OF A BLACK SOUTHERN DOCTOR

“Back to regular programming like Cracked History, World Wide Words, Quotes and Top Tenz lists for a week, before I start my next book THE RETURN TRIP.”