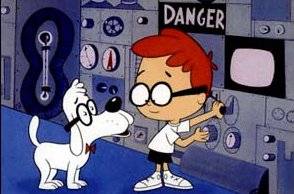 On March 15, 1906, a name synonymous with the finest was created with the founding of Rolls-Royce Ltd.!  That name is the very meaning of luxury and for over 100 years has been the ultimate symbol of wealth.

Digging deeper, we find Charles Rolls operating one of the first car dealerships and Fredrick H. Royce manufacturing a two cylinder engine car in 1904 when they met.

Impressed with Royce’s car, Rolls agreed to sell it, and the two formed their iconic company in 1906.  Building the best car they could without cutting corners resulted in cars of the highest quality.  Of course, that quality has never been cheap, and the first Rolls-Royce badged cars started at today’s equivalent of about $65,000 for the cheapest 2 cylinder model.  The more powerful (30 hp) six cylinder model cost more than double that.

Today, Rolls-Royce makes 3 models, the Phantom, the Ghost, and the Wraith.

Each of these powerful and ultra-luxurious cars are large and heavy (about 3 tons), but accelerate with authority with their 12 cylinder engines providing over 500 reasons to do so!  The Phantom and the Ghost come in regular and extended length sizes, while the Wraith is the “sporty” or “performance” model.

In World War II, 160,000 of their Merlin 12 cylinder engines were produced and powered many of the best allied airplanes, including the British Lancaster, Mosquito, Spitfire, Hurricane, and the American P-51 Mustang.  American companies Packard and Ford built Merlins under contract during the war.  This famous aircraft engine was also adapted for use in tanks!

After World War II aircraft engine production shifted mostly to jet engines and many airliners today are powered by Roll-Royce engines.  Financial problems while developing new jet technology led to nationalization of the company in 1971 and the auto producing portion was split off from the aero-engine part, becoming Rolls-Royce Motors.  In the 1990 Volkswagen and BMW fought for ownership of the car making part of Rolls-Royce, with BMW eventually winning.  The airplane engine company was not affected.

So, what about the Spirit of Ecstasy?  That is the name of the familiar hood ornament that adorns Rolls-Royce cars, a winged woman flying just above the radiator seeming to lead the luxury carriage on its way! Coupled with the capital R superimposed over another capital R they are the unmistakable symbols ofThe Best Car money can buy!  A cracked fact: it takes an entire work week to manufacture a single Spirit of Ecstasy!

A final cracked note, Rolls-Royce cars were also built in the United States from 1921 to 1931!  The Springfield, Massachusetts plant produced about 1700 Silver Ghosts until apparently the Great Depression lowered demand for ultra-luxury cars.