Twig it. Several readers pointed out, following my note last week, that some reference works, notably Collins Dictionary, give the Gaelic word tuig, meaning “I understand”, as a possible source of the idiomatic sense of twig. Others noted that twig more often means to come to a sudden realisation rather than simply understand. So it’s equivalent to catch on, and to another British and Commonwealth idiom, the penny dropped (from a penny-in-the-slot machine). As James Forder pointed out, one doesn’t twig the theory of relativity. But a person might twig that he was being made fun of. And Dorothy twigged that she and Toto weren’t in Kansas anymore.

Footloose and fancy-free. I wrote in the piece last time that fancy had lost its association with physical attraction. I was thinking of the noun. The verb still has this sense, of course, as in “I really fancy him”, and the noun can have it in phrases like “He took a fancy to her”.

Mailing problems. A transmission error meant that more than 4600 subscribers failed to receive the email issue of 23 August. I would have posted a note about this on the website, but the problem also stopped me receiving error reports. Though the issue persists I hope a work-round will ensure everybody gets it. If you missed last week’s issue you can read it online here.

Slug-a-beds or slow-waking readers may not appreciate the virtues of this rare word, and will particularly dislike one of the compounds formed from it, ante-jentacular. That’s because it’s an adjective that refers to breakfast, especially one taken early in the morning or immediately after getting up.

It was created near the beginning of the eighteenth century, presumably by a Latin scholar who knew jentāculum, the Latin word for breakfast, and who felt a need for an adjective missing from the language. It had a fleeting period of rather ponderous popularity in the nineteenth century.

To valetudinarians and others the following method of making coffee for breakfast is earnestly recommended, as a most wholesome and pleasant jentacular beverage.
The New Family Receipt-Book, by John Murray, 1820.

Several of its appearances are linked to the philosopher and jurist Jeremy Bentham, best known for creating utilitarianism.

Bentham composed after playing a prelude on the organ, or while taking his “ante-jentacular” and “post-prandial” walks in his garden.
Harper’s New Monthly Magazine, Jul. 1852.

The general view of the world at large seems to be that breakfast needs no adjective, though breakfasty has been recorded a few times. You may feel that’s an ungainly construction, no substitute for the elegant Latinate word. But jentacular is now as near defunct as a word can be in an era when most of English literature is searchable at the press of a button.

Esteemed fellows. Peter Chase asked about the derivation of don, in the sense of an academic at one of our ancient universities. The source is the Spanish Don, originally a term of high rank, which derives from Latin dominus, master or lord, which has also bequeathed

English words such as dominate and dominium, as well as domine, a one-time term of respect for a clergyman or a member of a learned profession and — as dominie — for a schoolmaster in Scotland. Around the middle of the seventeenth century, English began to use don for a leader or a man of importance or ability; to be a don was to be an adept at some activity, whether literature, cricket or a craft skill. Undergraduates at Oxford and Cambridge began to humorously apply don to the tutors and fellows of their colleges, with perhaps an echo of domine, and the term went into the language.

In the swim. Kevin Armstrong asked me about curglaff, which he had come across earlier this year as a term for a commemorative swim at a time when the water was still very cold. Many have sought the source of this odd term but the trail always ends at John Jamieson’s Dictionary of the Scottish Language of 1808. He defined curglaff as “The shock felt in bathing, when one first plunges into cold water” and said it was a word from Banff in north-east Scotland. No other example of it is known to exist, though it turns up occasionally today in books of weird or obsolete words. It may be connected with the next entry in Jamieson’s dictionary, curgloft, which he defined as “panic-struck” and gave an example from a poem by William Meston of 1767: “Curgloft, confounded, and bumbaz’d, / On east and west by turns he gazed.”

Elsewhere. In the Financial Times magazine of 22 August Dan Jurafsky wrote about the language of American menus, discovering, unsurprisingly perhaps, that he could predict the prices just from the words. The report of a pilot study into spoken British English by Lancaster University and Cambridge University Press shows that marvellous has been abandoned in favour of awesome, that cheerio meaning goodbye is on the way out and that marmalade is used a lot less than it was. On the Oxford Blog, David J Peterson discusses how he sets about inventing languages, especially Dothraki and Valyrian for Game of Thrones.

Q From Randolph Knipp in Texas: When you wrote in the issue of 9 August, “Kudos came to those who could pick up the ones furthest away”, should the word not have been farthest?

A That word isn’t in my vocabulary. It’s likely that a speaker of American English, such as yourself, would prefer farthest, because that spelling has survived in the US longer than in British English, in which furthest is now almost universal in its various usages.

The same is true of the comparatives, farther and further.

Farther is historically a variant of further and it’s possible to argue that there’s no need for both. Further is the comparative of an ancestor of English forth, meaning outwards or onwards. Farther came into being in Middle English under the influence of an old comparative of far, which was replaced in time by further and farther.

This connection with far strongly influenced the view of scholars about the way that the words “ought” to be used: farther when a literal distance was meant and further for quantity or degree. The conventional view was summed up by Henry Bradley, who compiled the letter F in the Oxford English Dictionary. In the etymological note for farther he wrote:

In standard English the form farther is usually preferred where the word is intended to be the comparative of far, while further is used where the notion of far is altogether absent; there is a large intermediate class of instances in which the choice between the two forms is arbitrary.
Oxford English Dictionary, First edition, 1897.

The position was even less clear than he supposed. Both versions had coexisted in the language happily for centuries with little or no distinction of sense between them. In 1926, Fowler disagreed with Bradley:

The fact is surely that hardly anyone uses the two words for different occasions; most people prefer one or the other for all purposes, & the preference of the majority is for further; the most that should be said is perhaps that farther is not common except where distance is in question.
A Dictionary of Modern English Usage, by H W Fowler, 1926.

The British position has polarised even more since. My search of a British newspaper database of the past twenty years finds that of the total uses of the two words, less than 2% are spelled farther.

Caveats are required: in American English, as I say, farther has remained more common than in British English; in both countries, when it appears, farther almost always refers to physical distances.

• “And no one could talk him out of it,” Bob Rosenberg commented on a report of 21 August on the San Francisco Chronicle site: “When deputies arrived, they found a man down in the backyard and he was determined to be deceased.” 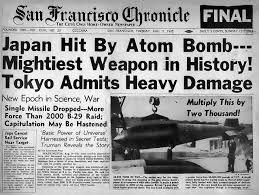 • “I don’t recall seeing a headline with so many ambiguities!”, commented Mike Cowlishaw on this, from the CNN site on 28 August: “Official: Russian forces back rebels with tanks in eastern Ukraine”.