Rocking it. Markham Anderson wrote, “Your piece on labradorite [last week] reminded me of my mother-in-law, who was an inveterate rock collector. We often identified rocks for her as leverite, as in, “leave ’er right there!”

Messing up. Following my note on the US regional expression mess and gom last time, Alan Burdick commented that he used the expression gum up the works, to spoil or mess up or interfere with the smooth running of something. He wondered whether gom had turned into gum. The phrase is an elaboration of a US slang term of the early twentieth century, to gum or gum up. The Oxford English Dictionary puts it under gum, the glue or sticky stuff, which is the more likely semantic route. 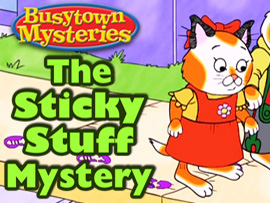 David Means remembers gum up the works being used by relatives in Oklahoma 60 years ago, as well as a related version, it’s all gommed up: “My understanding was that both phrases implied that something thick and sticky had gotten into delicate machinery, although it had many more applications than that literal sense.”

I was unable to explain why mess and gom was used to refer to a meal, though it turns out that I was right to suggest an association with mess in the sense of a portion of food (it’s the same word as mess for a place to eat, as in officers’ mess). Judy Mincey wrote, “Mr Denson’s wife’s aunt used the phrase to mean eating up all the leftovers. Mess is used in the sense of a mess of greens and gom in the sense of gobble up. As a native Georgian, I have heard this all my life, though it is uncommon now. My grandmother, a native of Pickens County in north Georgia, used it.” Robin Wilkinson added: “Gom is in current use by my mother, born 1916 in NE Texas. I might ask ‘Shall I add a scarf to this outfit?’ Her reply would be ‘No don’t gom it up.’ Rather than just disorder, I have always associated gom with a collection of unrelated items, as in various toys and hobbies left out in the living room. To mess and gom would be to eat a collection of unrelated leftovers for dinner.”

The referendum has been held and Scotland has decided to stay within the United Kingdom. This would seem a good moment to celebrate a word that’s known chiefly north of the border. It means to be pale and sickly or insipid and colourless in appearance and can refer to Scots’ national skin colour:

With his peely-wally complexion, freckles and shock of ginger hair, Greg Rutherford looks like he could be Scottish.
The Herald (Glasgow), 30 Jul. 2014.

We know it starts life around the early years of the nineteenth century as the single word peelie for a person who is thin, gaunt or pale. Dictionaries usually suggest it’s an imitation of a slight, high-pitched sound, perhaps a noise that someone in distress might make. If so, it’s linked to another imitative Scots word, peek, for the feeble cry of a small bird or animal, a whine or whimper of complaint, or an insignificant person with a piping voice.

Wherever it came from, peelie became duplicated during the nineteenth century to make peely-wally. Some reference works say that the second half is a nonsense word, but others point to the Scots wally. This isn’t the relatively recent English slang term for a silly or inept person, but means something that’s made of china (a wally dug is a china vase). It’s from an Old English verb meaning to fade. So somebody wally-like was as pale as china. Chambers Dictionary suggests the paleness might be that of old-fashioned dentures. I couldn’t possibly comment.

Words in their time. The publication of the monumental two-volume Historical Thesaurus of the Oxford English Dictionary in 2009 after 40 years work was a landmark in historical lexicography. In his new book, Words in Time and Place, David Crystal has produced a layman’s guide to its riches. In 15 themed chapters he investigates many of the words that English speakers have used over the past millennium for a variety of concepts, including food, pop music, spacecraft, money and dying. If you want to know some of the words that people have used down the years for endearments, to describe fools, or the imprecations and oaths that they have uttered, this book will give many examples.

One section confirms that our notorious British predilection for talking about the weather has a long history; you will find words such as smolt and reigh, which Anglo-Saxons used for calms and storms respectively; Latin scholars coined oragious and procellous for tempestuous conditions; at one time storms could be called rugged, winds might be peaceable and the sky after a storm sleek. The book is a browser’s delight.
[Words in Time and Place, by David Crystal; Oxford University Press, out 18 September 2014; ISBN 9780199680474; hardcover and ebook. Help fund World Wide Words by buying from Amazon using the links on the website.]

Beware the wooden hill. So many words for phobias have been created that I sometimes wonder how anybody can get through the day without suffering an adverse reaction to some aspect of life. While many of these terms are facetious and badly formed, I recently came across one for a real condition with a proper classical etymology: bathmophobia. It’s not a fear of immersive ablutions but of stairs.

It’s from Greek bathmos, a step or threshold. Related is climacophobia, a fear of climbing stairs (a subtle but significant difference), which is from Greek klimax, a ladder or highest point, from which our climax directly derives.

On the way. You may be a transumer. If you commute or travel a lot, you are a transit consumer and are likely to patronise retail outlets at railway stations or airports. This sense of the word has been around in the retail business for about a decade — it’s said to have been coined by the US design and business consultancy Fitch in 2003 — though it’s hardly known to the general public. Or you may recognise yourself in a description from trendwatching.com as a transumer in a different sense, in which you live a transient lifestyle and have freed yourself from the burden of permanent possessions. You might do so because you travel abroad on business and prefer to rent rather than buy. Or you may just have a very short attention span, need instant gratification and quickly become bored with novelties.

Draw a line in the sand

Q From Mike Mellor: About the expression draw a line in the sand — there are many theories online, and a local freebie newspaper has a continuing correspondence on it. Its latest version is a British officer drawing such a line for rioting natives to keep behind, or face “lethal consequences”. Is this true?

A I’ve not been able to find an example of this exact event, but the idea behind it clearly fits the meaning of the idiom. By literally or figuratively drawing such a line, a person is saying “thus far and no further”, setting a limit to what is allowable.

Many people will remember it as one of the more quotable utterances of President Bush when in August 1990 Saddam Hussein invaded Kuwait: “America and the world drew a line in the sand. We declared that the aggression against Kuwait would not stand.” The line wasn’t a literal one but an ultimatum that Saddam’s actions were unacceptable.

As you’ve discovered, there are other stories, such as the famous one about the line that the Spanish explorer Francisco Pizarro drew in Peru in 1527, asking his men to choose between Peru with its riches and Panama and its poverty. A biblical link to the Gospel of John is also quoted, as is one to a Roman general who drew a circle in the sand around King Antiochus IV, ordering him not to cross it until he had replied to a Roman ultimatum.

There are probably many other historical examples. People have surely been drawing demarcating lines for reasons of one kind or another for as long as there have been people.

The first English idiom based on the idea is draw the line, which is known from the eighteenth century. An early example:

Whether the letters are genuine or not, the produce of the Lady’s or of any other pen, matters little; they are sensible and satisfactory; and draw the line between real Christianity, and Methodism (which alas so many are apt to mistake) more clearly, than I have yet seen it done by any writer.
The Public Ledger (London), 7 Feb. 1761.

The specific action of drawing a line in sand is an elaborated version of the older saying that only began to be recorded within living memory. This is from its early days:

The Communists in 1950 when the war started were obviously trying to see how far they could go before the free world drew a line in the sand and said, “This Is It.” We drew the line and showed the communists we meant business.
The Daily Republic (Mitchell, South Dakota), 28 Jul. 1953.

• Rhys Jones notes that Real Ale in Bowland, published by the Campaign for Real Ale, wrote of one pub: “Serving award winning food, a pianist accompanies your meal on Saturday evenings.”

• Benny Tiefenbrunner tells us that on 9 September the BBC website reported on an accident in which the golfer, Greg Norman, injured his hand with a chainsaw: “He said the chainsaw ‘missed his artery by a fraction of an inch’ but has now returned home to rest and recover.”

• An email came to Monroe Thomas Clewis for a campaign contribution from a fellow Democrat: “In 2012, after thirty-two years in Republican hands, Brad Schneider finally won Illinois’s 10th district for Democrats.”