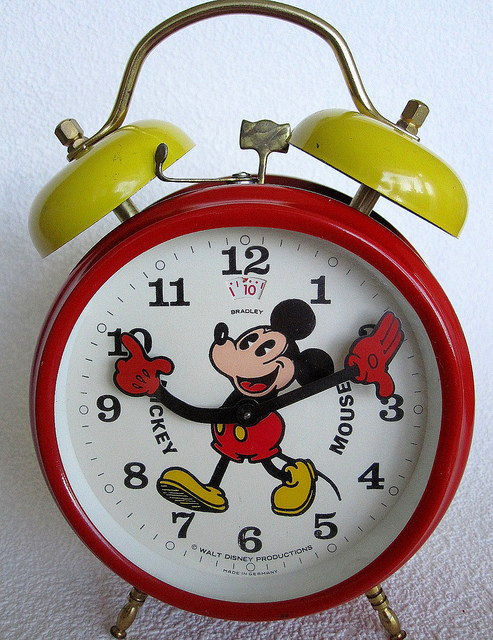 Ordinarily, one of the perks of going on vacation is getting to sleep in–but not at Disney! The number one mistake first-time guests make is thinking they can arrive at the parks at 11 a.m. and see everything in a couple of hours. The park is least crowded in the first hour after opening, so this is your best chance to get on the big-name rides without long waits. Later you can have an afternoon siesta.

EXPECT TO DO IT ALL

A fact to ponder: Walt Disney World is twice the size of Manhattan. With four theme parks, two water parks, and countless sporting, shopping, and dining options, it’s impossible to see everything in the course of one vacation. (In fact, they designed it that way to make sure you’ll come back.) Rather than treating the vacation like some military assault, consider the age, stamina, and risk tolerance of everyone in your party and prioritize accordingly. Reading up on the parks in advance will give you a good sense of which attractions are “must dos” for your family, which are nice if you have the time, and which are skippable. And you don’t have to do everything together: strapping Grandma onto Space Mountain against her will or hoping a three-year-old sits still through The Hall of Presidents is a recipe for disaster.

MAKE THIS A TOTALLY PARENT-PLANNED TRIP

Parents often plan a vacation for their kids without consulting the very people they are trying to entertain. Besides helping the kids get excited about the trip, letting them in on the decision-making will prevent temper tantrums and fighting while you’re on vacation. One strategy is to let each family member choose three must-see attractions in each park and then agree to honor those choices. (This can also help you create the basis of your FastPass+ list.)

Thanks largely to FastPass+, the My Disney Experience app, and the ever-expanding size of the parks, gone are the days where Disney can be tackled without a plan. If you’re thinking, “We’ll just show up, get a map, and see what everybody feels like doing,” you’re likely to find yourself shut out of the best restaurants and most popular attractions by families who made advance reservations. This is especially true if you’re traveling during summer or over a major holiday.

STAY ON THE EASTERN SIDE OF ORLANDO

There is a reason good deals can be found at hotels on the eastern side of Orlando (I-4, exits 80 and higher)–they’re the farthest away from Disney. Staying in this area guarantees you’ll be fighting Orlando rush-hour traffic every morning, on top of the traffic Disney itself draws. If you plan on spending most of your time in the parks and not on the highway, make sure to stay in hotels that are off exits 79 and below.

EAT NOTHING BUT FAST FOOD

Not many people associate Disney with culinary delights, but you should! Disney goes to great lengths to provide an array of dining choices to its guests, with both variety and quality increasing steadily every year. One of the best ways to find out where to go? Ask a cast member where their favorite place to eat is. No one knows the parks–and its food–better!

KEEP THE FAMILY TOGETHER 24/7

It may seem counterintuitive to split up–this is a family vacation, after all–but little breaks will make the time together better, so schedule time apart to explore or just to relax. Older kids can split off from the group to ride a favorite over and over, or one parent can take the younger kids to Fantasyland while the other tackles the coasters with the older ones. Babies, older family members, and anyone who has just plain had it can go back to the room while the teens stay in the parks. (Granted, this is easier if you’re staying on-site at a Disney-owned hotel and can use their transportation system to come and go whenever you please.) Parents, look into in-room babysitters or the kidsitting programs provided at most hotels so you can enjoy an evening at one of Disney’s upscale, adult-centric restaurants.

The Disney parks are full of wonderfully creative details. While walking down Main Street in the Magic Kingdom, look up to the store windows to find the names of people who have influenced the Disney Company. In the Animal Kingdom, spend time studying the Tree of Life and its more than 300 animal carvings. Hollywood Studios has some of the best Streetmosphere performers–actors and actresses who walk around like they’re in 1920s Hollywood, interacting with guests and putting on small shows. Epcot has shows going non-stop around the World Showcase in the afternoon and many, like the young acrobats in China, are especially fun for kids. And the number one thing to notice? The cast members! Many guests report that the highlight of their trip was getting to know the men and women who make Walt Disney World the magical place it is.

Many toddlers and even a few older kids will find the experience of meeting Mickey Mouse and friends to be intimidating. If your kids seem overwhelmed when they gets through the gates and find that the main mouse is actually five feet tall, start them off slowly by meeting the face characters–those like Aladdin or Cinderella who don’t wear a mask. And instead of forcing kids into the picture, allow them to watch the characters before approaching. Employees have been trained to be sensitive around nervous children and are good at slowly inviting them to participate on their own terms. If you schedule a character meal, save if for the last day. By then, even the most cautious kids usually will have warmed up.

ASSUME ALL RIDES ARE APPROPRIATE FOR ALL AGES

Sure, Disney is for families, but some of the attractions can pack quite a wallop. It’s easy to figure out that a ride called Tower of Terror might be terrifying, but keep in mind that Disney does scary atmospheres as well. The Haunted Mansion, It’s Tough to be a Bug, Stitch’s Great Escape–all of these are tame rides with elements that might frighten some youngsters. When in doubt, let a parent ride first and come back with the verdict, or do a baby swap.