When one thinks of great philosophers (which probably isn’t too often), one most likely thinks of dead Europeans. Almost all writers studied in a philosophy class will be European, and in some classes there will be absolutely no mention of American philosophers at all. There are good reasons for this —

America really hasn’t existed for all that long, and there perhaps hasn’t been as much general emphasis on philosophy as in some other countries like the big three of France, Germany and Great Britain. But in its relatively short life span America has produced some great thinkers, including…

John Dewey was a leading scholar in the American philosophical school of pragmatism. This isn’t the same pragmatism spoken of by politicians, but is instead a rejection of the notion that thought is meant mainly to describe or mirror reality. It could be described as a realist point of view — essentially, it claims that most philosophical topics should be viewed in terms of their usefulness, as opposed to purely on their representative accuracy.

Although he made contributions to philosophy and psychology, perhaps Dewey’s greatest impact was as an educational reformer. In Dewey’s view, it’s vital that classroom activities focus on meaningful activity in place of rote learning. Students should be invested in what they are learning and the curriculum should seem relevant to their lives. He viewed learning by doing to be an important factor missing from American education. In the early days of American education there was a great focus on memorization, such as remembering all the state capitals. But the influence of Dewey and others started to move education towards focusing on teaching children how to think critically.

John Rawls was one of the most important political thinkers of the 20th century. After serving in the Pacific during World War Two, he came back and got a PhD in moral philosophy from Princeton, and would go on to teach there and atCornell, MIT and Harvard. Rawls is best known for his defense of egalitarian liberalism in his work A Theory of Justice.

In the book, he attempts to find common ground between the two seemingly conflicting concepts of liberty and equality. Rawls ultimately concludes that it’s important that we define justice as fairness. He states that “each person is to have an equal right to the most extensive basic liberty,” meaning freedom of thought, freedom of expression, etc. In Rawls’ view, we have certain basic rights that should not be infringed upon. He also claims that we should have a “fair equality of opportunity.” This means society and government should be set up to give equal opportunities to each person, as best as can be done. Because of these two requirements, Rawls views both strict communism and laissez-faire capitalism as unjust. And so, we as a society must strive for a middle ground, trying our best to find a balance between liberty and equality.

Jonathan Edwards was one of the greatest influences on American protestant theology. Born in Connecticut in 1703, Edwards was one of the leaders of the Puritan movement, which seeked to distance Protestantism from Catholicism. Puritans believed that the Bible itself should be the final word on what we should do, and disliked the Catholic traditions that didn’t come from the Bible directly.

Because of this focus on the Bible, education and literacy was emphasized. Edwards himself attended Yale University at age 13, and would go on to write extensively on religious topics ranging from metaphysics to ethics. Perhaps Edwards’ most influential idea was his defense of theological determinism, within which he stated that God is the ultimate and final cause of everything that happens. This has had both positive and negative effects — if people believe God is the ultimate cause, then they will believe it vital to do what God has ordained. This could vary from something as noble as feeding poor children to something as stupid as “witch” burning. So, for both good and ill, Edwards had a huge impact on American religion and, by extension,  society.

Cornel West is one of the most publicly known philosophers today, and perhaps the most well known African American philosopher. While West has taught at Harvard, Princeton and Yale, he is also a very active social commentator and political activist. His writings tend to deal with relevant real world issues — in his books, he has analyzed wide ranging social problems having to do with race, class and justice.

Many of his main beliefs stem from his Christian background, which he mixes with his belief in democratic socialism, a somewhat rare combination. Growing up he was influenced largely by the church his family attended, but also by the Black Panther Party and the writings of Karl Marx. West has sometimes come into conflict with administrators because of his activism, which eventually led to his resignation at Harvard. His most famous and influential book was Race Matters, a series of essays that came out soon after the Rodney King beating. In it, he discussed the problem of African American poverty, and argued against recommendations from black leaders that he felt were unlikely to solve the problem.

Michael Sandel, a professor of government at Harvard, is most likely the most popular living political philosopher. He is very well known for his lectures and books, even outside academia. His class on justice at Harvard routinely has more than 1000 students, and he has taken an adapted lecture version on the road, speaking in America, India and countries in East Asia. The entire course can also be viewed on Harvard’s website for free.

Sandel believes that in order for us to be good citizens we must first grapple with hard ethical choices. In his lectures he acts somewhat like Socrates did, asking questions of his audience and expecting answers. In this way, he engages the audience and encourages them to question why they believe what they believe. Sandel thinks this is especially important considering the modern emphasis on being neutral. He argues that we can’t really be neutral, and will always make value judgments of some kind. Because of this, it’s vital that we confront our beliefs and engage in deep reflection over what it means to be good.

Ralph Waldo Emerson was the leading figure of American Transcendentalism, and had a great influence on later thinkers. Transcendentalism was largely a reaction against rationalism and Calvinism. In his book Nature, Emerson argues that nature acts as an intermediary between man and the divine. Emerson thought that it’s possible to legitimately have beliefs that are not falsifiable. He believed we should look within ourselves to gain “transcendental” knowledge, or intuitive belief we derive from our inner mentality.

Because of this, Emerson was a great believer in the supremacy of the individual over the group, a viewpoint rarely held throughout history. Transcendentalists like Emerson believed that groups corrupt the individual, and thus it’s crucial to decide for ourselves what’s important. This focus on the individual would greatly influence the thought of American intellectuals and the public.

Charles Sanders Peirce was a mathematician, chemist, and geodist (a mixture of applied math and earth science), but he considered scientific philosophy, particularly the study of logic, to be his calling. He had an extraordinary range of interests, writing on subjects as different as astronomy and economics. In his most well known writings, he argued that the scientific method was the superior method for determining truth. Pierce is known as the founder of pragmatism, but he disliked the way others used the term. In fact, he was so concerned about misuse he relabeled his own method as pragmaticism, to distinguish it from pragmatism’s new meanings.

He also argued against determinism, the idea that all events are ultimately decided outside of will. He believed that the universe displays degrees of habit, but even with the same input there is variation. Because of his greatly varied contributions, Pierce is something different to different people. A psychologist, a logician, a physical scientist and a philosopher will all have something to learn by studying different aspects of his writing.

Thomas Jefferson is of course best known for being one of the founding fathers of the United States. He wrote much of the Declaration of Independence and served as the third President. He was a politician, but his political actions and beliefs were greatly influenced by his basic philosophical beliefs. In fact, Jefferson was a member and, for a time, the president of the American Philosophical Association.

Much of his writing described abstract principles as opposed to concrete political doctrines. Jefferson was a defender of democracy, and he argued for a will of the people. But he also realized that the majority could abuse those not in agreement with them, and so he was one of the first defenders of civil rights in America. Unfortunately, his belief that “all men are created equal” didn’t extend to non-white men, as he was a slave owner all his life. Despite this hypocrisy, his philosophical arguments for freedom put forth in the Declaration were eventually used by others in various human rights movements that extended civil rights farther than they had ever been. Because of his wide ranging influence, Jefferson is certainly one of the most important political philosophers in American history.

Henry David Thoreau held many occupations during his life — teacher, lecturer, surveyor, naturalist, head of a pencil company (seriously, his family sold pencils) — but he always thought of himself as a writer. He probably began writing poetry while in school at Harvard, but his most influential writings would be his philosophical essays and nonfiction. He is often grouped with Transcendentalism, a religious movement that promoted individualism and believed in the inherent goodness of people.

The subject of individualism is perhaps where Thoreau did his greatest writing. In an essay on civil disobedience, Thoreau argued that individuals have an obligation to determine what is right and what is wrong for themselves — just because society says something is correct doesn’t make it so. This applies both to laws and unwritten mainstream beliefs. He believed it critically important for individuals to think for themselves. Part of what differentiated Thoreau from many other philosophers is that he didn’t prescribe one form of the good life; he believed that each person had to figure it out for themselves. He told people not to emulate him, but to search inside themselves to discover what was important to them. This made him a unique modern philosopher, and one of the most important influences on American thought.

William James made important early contributions to both psychology and physiology. Those two fields were where he focused much of his life, but he always threw in some philosophical analysis and would turn increasingly towards philosophy as he aged. His 1,200 page book The Principles of Psychologylaid much of the groundwork for modern psychology, and greatly influenced both Sigmund Freud and Carl Jung. But it included not only pure psychology, but also philosophy and personal reflection that influenced many important later philosophers, including Bertrand Russell and Ludwig Wittgenstein.

James also wrote much about religion from a relativist position, discussing the commonalities of all religions and whether or not religion and science can coexist. He argued against extremism on both sides, coming to conclusions on his own as opposed to always agreeing with one side or the other. Because of the great diversity of subjects that he wrote about, and the ways he mixed them together, William James was one of the most influential thinkers in American history.

Philosophical Differences – In America (of all places) 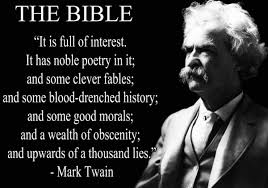