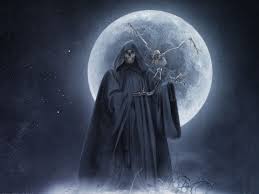 Murderer or Angel of Mercy?

On March 26, 1999, Dr. Jack Kevorkian, alias “Dr. Death,” was convicted of second-degree murder in Michigan for giving a terminally ill man a lethal injection at the man’s request.  The 52-year-old man was succumbing to Lou Gehrig’s Disease (ALS), a particularly dreadful way to die.

Kevorkian had previously championed the right of dying people to end their own suffering with medical assistance and had devised machines that allowed the patient to kill themselves by either adding a lethal drip to an IV or by inhaling lethal gas through a mask they put on themselves.  He had already been tried 4 times for having assisted in suicides, but was either acquitted or had a mistrial declared.

This time was different as Kevorkian himself had administered the lethal injection.  Despite the patient clearly expressing on video his desire to die, Kevorkian was convicted of murder and sentenced to 10 to 25 years in prison.  Since his medical license had already been revoked due to the earlier cases, he was also charged with delivering a controlled substance.  The laws of Michigan had been specifically tweeked to thwart Kevorkian’s mission, and once imprisoned, he was denied parole several times before he was finally released on parole 8 years into his sentence under the agreement that he would refrain from assisting in any more deaths.

Upon release, Kevorkian went on a crusade in support of euthanasia and the right of dying people to choose their method of death.  He even ran for Congress but garnered few votes.  In 2011, Jack Kevorkian died at age 83 of complications of liver cancer and pneumonia.  At the time of his own death, the issues he fought for were still unresolved.

The debate about allowing euthanasia or assisted suicide goes on.