…“If you tack another 5 years on for a return trip, we may just be aliens on our own world, an irrelevant leftovers from the past…

“Somewhere, deep in their youthful existentiality, they must have a basal need, an outlet for all their buried emotion.”

“You are really into their minds aren’t you?” Sampson is actually jealous, but doesn’t

show it. Their relationship is still sound, for a human marriage, but there is always that nagging fear of her losing her humanity, in favor of these alien attitudes. “You’re not thinking about ditching me, are you Celeste?”

“Now that is a silly notion Sam,” she barely recognizes an insecure Sammy Mac. “Where did that come from?”

“Well you are so close to these people and I really think they have accepted you as one of their own… and then there is old Sampson McKinney, that Neanderthal caveman from Earth, a  pain-in-the-ass, word speaking fool.

“Sometimes I think that if weren’t for you, they would banish me to that prison tower

they are hiding, or better yet, hand the keys of the

NEWFOUNDLANDER over to me and give me a map back to Earth.”

“There you go, that’s what you really want isn’t it?” The question is rhetorical.

“For a long time that is all I could think about. What has it 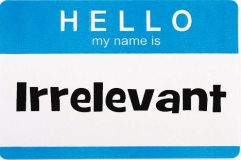 been, 9 years since we’ve seen Earth?” It has actually been 15 (2045), but the slowing of his body clock has made time passage moot. “If you tack another 5 years on for a return trip, we may just be aliens on our own world, an irrelevant leftovers from the past. Not to mention that we will have missed the prime years of Deke & Gus’ lives… and Braden, How old is he now?

“Not to mention being debriefed by Crippen until we turn green. I bet he is the president of some private space-travel agency by now: Roy’s Rockets.”