…“Okay, I understand that Adam and Eve thing, but what about things like the Grand Canyon”… 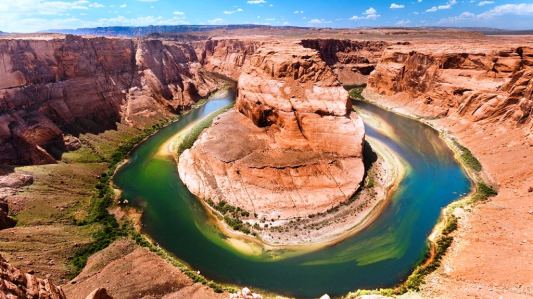 Billy Graham explains how God pulled off the creation of all things (and Earth).

“In a nutshell, Miss Caraway, the theory of evolution, as it applies to man, amounts to hogwash. That is the very reason that Pacelli fellow was at the meeting, expressing The Vatican’s concern about erosion of common sense, not that I subscribe to all of Catholic doctrine. But I do agree that our children are being lead down the wrong path.

“We did not slowly evolve all the way from a pool of primordial goop. Adam and Eve, along with all the other living things in the Garden of Eden, were created with a divine patina; adult creatures male and female to propagate and populate the earth. Now that was before The Fall, mind you, but that’s a totally different subject.

“Which brings me to the topic of life expectancy, before the Great Flood; man routine lived to be upwards of 1,000 years old. The earth was protected a ring of water called the firmament. There was as much water in therein as on the surface itself. That water acted a buffer zone between it and the sun’s radiation. It also kept the levels of oxygen at 3 times what they are currently. As a result man lived to a great age, the animals some call

dinosaurs grew very large and the surrounding plants in like proportion.

“Now when God lost his patience with petulant mankind and ordered Noah to build an ark for his obedient family and the creatures 2 by 2, He released the firmament which flooded the whole earth.

“In doing so He exposed the planet to heretofore 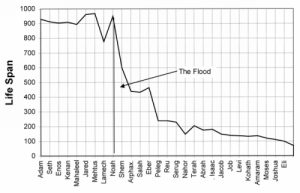 unseen levels of radiation; hence accelerated aging; Noah was 600 when he died, Moses lived 150, and you can see the progression downward.”

“Okay, I understand that Adam and Eve thing,” Constance wants to expand the conversation to a wider topic, “but what about things like the Grand Canyon; my father took us on vacation there and frankly it must have taken millions of years for the Colorado Rivers to go a mile deep into the desert.” (… Creation part 3 tomorrow)