On the way out to Elgin, a sixty mile drive not including one or two wrong turns by the pavement pilot of their

Packard, Constance picks Martin’s brain about all things astronomical, as it applies or doesn’t to creation. This whole divine creation thing has jump-started her curiosity gene.

Being a biochemist by trade does not disqualify Martin from entering into solar system-ly speculation. Point in fact; the absence of his carbon-based colleague has left a void of such scholarly conjecture.

After some guarded thought, away from Eddie’s ramblings about his cousins’ mundane exploits or Fanny’s incessant worries about where they should or should they should have turned at the last intersection, Kamen puts forth some remarkable correlations between science and the unlikely randomness of Earth’s placement herein the place we call the Solar System. “Like many scientists, I

would normally conclude that Earth’s deployment is just a convenient coincidence, as opposed to intentional.

“There are three critical factors that contribute mightily to the fragile factors that have allowed for the existence of life as we know it:

“For example, if Earth is 10,000 miles farther from the sun, the climate would not be conducive to the development of intelligent life; it would be intolerably cold. If it is placed that same distance closer than it is currently, only the hardiest of desert creatures would have had the chance to thrive. 30˚ oceans are a tough swim for sea creatures, in the same way 100˚ water will evaporate faster than it can be replenished.

“Secondly, if Earth rotated at a zero degree tilt on its axis, the four seasons we have come to treasure would cease, thereby creating distinct latitudinal zones, ranging from an attractive equator climes, to incrementally less desirable 100 mile regions all the way to the poles.  The mediating ocean currents would be nonexistent and prevailing winds would never waiver north to south.”

Constance never considered herself the scholarly type, rather taking advantage of her cheerleader body and accordingly matching looks, one of the reasons her and Fanny “work”, with her friend possessing a combination of disguised intelligence and child-like innocence. 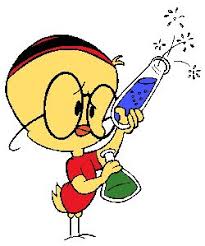