…The ramblings of a madman…

The King of Siam

“The telephone does not do you justice Miss Caraway,” Steinberg starts his day by stating the obvious.

“You are so kind… my partner at CCPI Fanny Renwick and Mr. Libby’s colleague Martin David Kamen,” she points to her companions.

Pleasantries are exchanged, as well as a chunk of background information to serve as a backdrop about the case, from someone who doesn’t know Willard Libby from the King of Siam.

‘Push me around the corner nurse Koch, I recognize that voice He is telling a story……my

hearing hasn’t left me….he is telling the doctor that I was working on an important project having to do with radiocarbon dating, the Libby Half-life he calls it Some of this I seem to recall, dinosaurs did not die off 65 million years ago Billy Graham says six days and a rest, Pope Pius is afraid of Communists, they don’t believe in God, Ernesto says they might, but don’t want their subjects to believe That is Martin Kamen! He has come to rescue me from this enormous place, takes an hour to go up one hall and down another. That is Martin, what a fine good man he is, never takes enough credit for how good, and doesn’t have that drive to be famous Fermi tells me to use his research to augment my arguments Will anyone believe me? He is with two pretty women; they don’t look like scientists, what kind of lady wears trousers? Hubba, hubba good for Kamen, he is too good looking to be a Bunsen burner and beaker man’

“He has taken a step back since yesterday. He is catatonic, as we refer to it. We think he is fully conscious, but he has no way of communicating.” 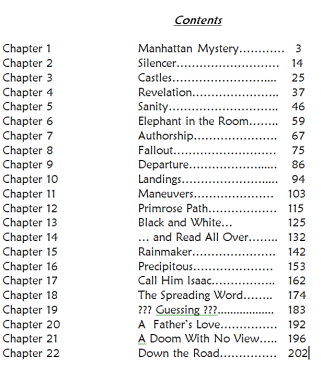