…We need to know where your loyalties lay, a little matter called trust...

“FM has been around that long… we are talking some 1400 odd years?” Martin does the historical math.

Agent Daniels pontificates  on what he knows about “things”.

“Prior to modern communication, the FOREVER MASTADON outfit did not have the World Agnostica Unlimited corporate tag; what’s in a name when you can operate covertly. That is more than one reason the CIA was created three years ago; the OSS needed a post-war 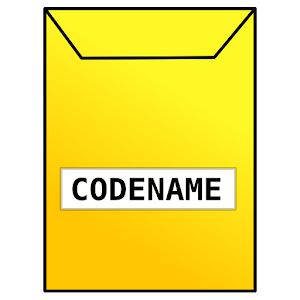 overhaul and I jumped at the chance,” when you’re good at something. “And though I worked for the FBI for the last 10 years they are too closely tied to Constitutional law to be effective. Some ventures require extra-legal latitude. This situation is one such undertaking,” insists the man whose CIA codename is “The Rogue”.

“Were you aware that Willard Libby was a target for FM?” Constance narrows down the time-line. “And did you know that Libby had regular conversations with the FBI?”

“I did and I did, but I could not jeopardize my cover, plus I had no idea where that whole thing was headed. Libby seemed like a pretty small fish to me, not knowing of his involvement with the Manhattan Project or this whole carbon dating deal. As far as this operative is concerned, this is my only priority and no option is off the table.”

“So you just let it happen?” Martin experiences the harsh reality of the ‘greater good’ or ‘the needs of the many outweigh the needs of the few’. “Well for your information, we just returned from finding Willard Libby—and he is but a shell of his former self.”

Daniels is taken aback, “You mean you didn’t bring him back?”

“Disappointed are we?” Constance is not impressed with what she is hearing thus far. “We need to know where your loyalties lay, a little matter called trust.”

“I may be paid by both sides, but my employer of origin is in Washington D.C. and I can be

taken out of action at any time, without discussion by either side.” His job security is tenuous at best. “It is everyone’s interest to include me in your plans. I bring a certain skill set to the game.”

“We could use the help,” Constance admits, “but Libby is off limits to the Feds, the people above you. If there is a chance that he can recover, we—Fanny, Martin and I, need to look out after HIS best interest.”

“Understood and I agree. What Washington knows about Libby comes as a result of my input, so I will follow your lead,” Agent Daniels knows that he is not operating from a position of power, often left to speculate on what’s what. “Something must be up because they have me flying back to Rome.”

The role of a double agent is precariously fluid, especially as it applies to his placement inside a group called FOREVER MASTADON.