In the hierarchy of emergency response, the Chicago Fire Department is the right

choice. Not only are they just around the corner, but they also staff a medically trained firefighter on every 24 hour shift. While they all wait for an ambulance to take Eddie to the hospital, Fanny unties Mrs. Dombroski, a woman who in one short morning been abducted from her home and watched her husband being shot.

Constance goes over to the two creeps to check out her marksmanship. No need for them to call the police. “It must be a slow day,” she comments upon hearing the

Constance calmly explains the situation to the police, who corroborate it with the version Edie Dombroski gave them before leaving in the ambulance with her wounded husband.

The morgue will be dealing with the kidnappers, who Fanny has identified, “That is Elvis and that is Kelly,” she points at each individually.

“So you do know these two.”

“Not by their real names,” Connie points out. “They gave us some trouble down south a ways.”

“First things first, do you have a private investigator’s license?” asks the Detective on the scene. He is not sure for sure if Florida papers are kosher here, but in this case, he’s letting it slide. “These guys are known hoodlums Miss Caraway. We haven’t been able to nail them with anything more than jaywalking… legal or not, you’ve done Chicago a favor.” 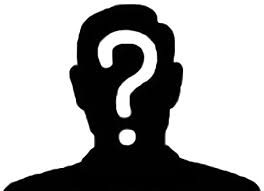 “Do you know who they work for? We have an idea, but it’s kinda far-out, if you know what I mean?”

“No and no. This is only the eighteenth time we’ve crossed their paths, kidnapping and assault with a deadly weapon is a new wrinkle.” The CPD detective looks around for more clues. “Who is the wounded guy to you and why didn’t he have a gun?”

“He actually works for us as a driver.” simply put and factually sincere. “We had a plan, but Eddie was out of his mind about his wife.”

“I thought I recognized him, looks like a cabby who works the Loop for fares to O’Hare.”

“Yeah that’s him, detective. He’s a really good guy,” Fanny is grief-stricken, finding it hard to contribute to the crime scene investigation.

“I hope he makes it. Gut-shots can go either way.”

“They said they are taking him to Saint Anthony Hospital, you know we’re new in town?” Connie consoles her partner.

“Just follow me. I need to know if the Eddie guy makes it, so I can to complete my report.”

“Don’t lose us, we just lost our driver.”