…After a good night’s rest, the pair, dressed like any other tourists, stroll down the historic thoroughfares…

Docking an oceangoing freighter is a landing of a divertive sort. Though the seas are

rough, the fully loaded cargo vessel cuts its way through chop without much bother. And though it is a ways in from the Tyrrhenian Sea, the City of Seven Hills’ territory extends to the shore, with arterial aquatic access on the Tiber River. Not a commercial seaport, Rome serves as a touch ‘n go stop for tagalongs like Caraway and Bannion and their lumbering transport ship.

Much like any other international destination, Ace knows where to go and who can get him there, “Don’t

lose track of me CC.”

“Not a chance Ace, I may just feed off your leftovers.”

“No chum here for you chum. There is not a pretty girl in every port-o-call like you may have speculated.”

She does not lead on like she was paying much attention, but she is, “Let’s find a place to stay for the night, we can hit it hard tomorrow….”

“That’ll work,” she concedes, “then we can go over our strategy.”

After a good night’s rest, the pair, dressed like any other tourists, stroll down the historic thoroughfares, set out to case the building at Tre Sei (666) Via Catone. Constance always has a camera in her handbag, and sometimes it even has film in it, but not this time; it makes a neat click sound either way. Ace is Ace, checking his tour guide, which is a 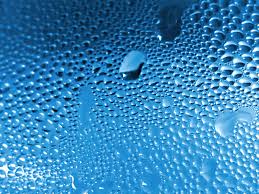 nondescript piece of paper from out of his wallet, serving as a map.

“Creepy building CC… has to be from the days of the Roman Empire.”

“Look up… try not to be obvious man… at the top floor windows.”

“Let’s see, they are pitch-black and have beads of water on

the outside of them. I believe that means it’s much colder inside than out, right?”

“But a building this old does not have a heating or cooling system. It may be winter in this hemisphere, but it is still 60 degrees or so, so how do account for the condensation,” she lays out the facts? “You can’t, can you?”

“Can’t say that I can,” he looks up, down and around and inside the portico. “The granite on the stairs is well worn. I see a set of footprints, one up, one down, same shoes.”

“I see two up, one of them older and then one down.”

“That would mean someone is inside.”