…”That’s enough to piss off the Pope,” this newly minted fugitive from the CPD adds a pinch of pontiff impropriety to his normally dry humor…

Don’t piss off the Pope!

As is his usual, Martin has been a quiet observer throughout the latest episode of that popular television show, “What’s My Line?”, with guest panelists, A. Gent Dan, Pen T. Tuke and A. Jacks Bunnion and narrated by your congenial host Carrie Conway.

“Thank you all for asking my opinion,” Martin acts as if he is put off, when in fact he has been composing a countering position to Libby all along. They had been figuring that he would oppose and debate the plan.

“So what do you think Martin, could this throw Forever Mastadon off the mark or at least keep us safe until Libby drops the real bombshell?”

“What a damn double whammy that’s going to be,” Ace concludes. “Not only is his idea

“That’s enough to piss off the Pope,” this newly minted fugitive from the CPD adds a pinch of pontiff impropriety to his normally dry humor.

Expecting a big push-back, the others await Martin’s reaction.

“I’ll do it.” There is a collective sigh. “Both Will and me knew that there would be naysayer factions inside and outside of the scientific community, so we went about crafting a counterpoint expository that would represent the negative. We can fire it off early if you want.” 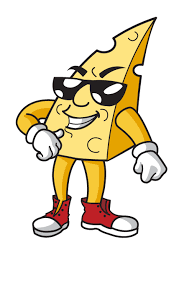 “We want you to present it in a way that supports the evolution crowd, not an argument against something nobody has heard yet. You Martin represent the closest Libby protégé and by publicly supporting carbon dating of material that is millions of years old, you will demonstrate a clean break,” Constance lays down her vision. “And don’t worry about your reputation. We are going to make you the cheese in the mousetrap. The mousetrap is Argonne and Daniels will join you as Mr. Cheddar.”

“If we stay there more than 24 hours, Penty will find me,” James/Daniels explains. “For some reason, it takes him a full day before he can locate me.”

“Don’t you get tired of moving around all the time… and how do you sleep?” Ace is sympathetic to being a man on the run.

“I can stay in one spot Ace, in places that are nondescript, like this is not one of those places, so I must keep moving,” the government man’s plight comes with the job. “And I sleep with eyes wide shut.”