…Cannon is a charismatic speaker, generally commanding attention from any sized gathering. If you get him talking, good luck in getting him to shut up…

surprise. L Dick has been writing Science Fiction for years, but seeing someone appear out of nowhere is quite another thing.

“I will not be a part of a traveling magic show.” Garfield has been around his share of stage gimmicks, but this stunt was not part of a movie script.

“This is not magic John Garfield; you may not have seen me come into the room.”

“It must be this house, it gives me the creeps,” he pulls the collar of his coat up around his neck and face. “It’s getting colder in here and what’s that smell?”

{Cannon had thought it was all about him. He was under the impression that he was in control, running the show and that 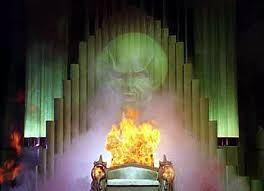 Winters was just a means to his ends. He remembers that smell. He has felt that chill before.

But that is all gone now. How long has he been at this house? He is losing his grip on the present. When do dreams become reality and how?

‘Forget Langston, forget,’ he is urged by a resonating voice.}

“Let’s just say that this house has an unsavory past,” Penty/Winters attempts to explain away any causality on his part. “There must have been a fatal fire in the past… and there’s always a nasty draft.”

“We are going to fill Chicago Stadium with people who thirst for mental contentment. From Hackensack New Jersey to Hollywood California and Houghton Michigan to Homestead Florida, my followers will flock to Middle America to trumpet the work of the Cannon Dianetic Research Foundation.”

Cannon is a charismatic speaker, generally commanding attention from any sized gathering. If you get him talking, good luck in getting him to shut up. Given to pontification, he will make you a devoted follower before you realize that you’ve been had.

He tells the actor/shill, “I will personally meet and greet any of your disaffected Hollywood friends. They can take center stage with us and join in a global spiritual unification,” He has forgotten those nagging suspicions of his host a few minutes earlier and re-morphed into his twisted personae of a ‘Pied Piper for the morally confused’. “Just make sure that we are not lumped into one communist basket. Spiritual Engineering can’t afford that black eye.”

Winters, a briefcase toting homeowner by day and dream-weaving demon by night, is exceedingly pleased that Langston Richard Cannon has become the very pompous puppet he had foreseen.

Producing a smile on the face of evil should be the last thing on anyone’s to-do list.