…Attorney Worth has located an abandoned stable on north Dearborn, the actual coach house for a Louis Sullivan designed home… 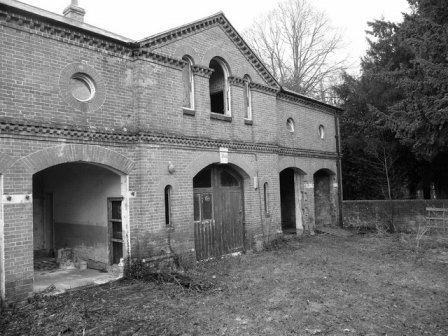 Also not very common in the middle of the Twentieth Century is specialized upscale livery by horse drawn carriage. Partially inspired by wife Edie’s insistence that he gives up his Checker Cab days, coupled with the inheritance left behind

by his wife’s rich aunt from Jersey, Eddie Dombroski is teaming up with his cousin Rex from Western Springs on the concept of carriage rides in what is considered to be the downtown Chicago’s Loop.

There is a gaping hole in romantic conveyance in the city, in fact there are none at all. The only problem is, that despite his extensive knowledge of the byways and side streets, he has zero experience with Cleveland Bays, those 16-hand mahogany colored beauties that

Eddie is coachman to Rex’s footman, though one cannot exist without the other. Edie has broken away from her domestic chains to become the hawker for the fledgling undertaking and the three of them work together.

And seeing as Fanny has parked he fanny at that shyster Moore’s South Loop Hotel, they will be the perfect guinea pigs for this groundbreaking rebirth of a long lost mode of transportation. But he may be switching from the South Side for the North Side. Attorney Worth has located an abandoned stable on north

Dearborn, just south of Lincoln Park, the actual coach house for a Louis Sullivan designed home. After clearing away the legal hindrance to keeping live farm animals, the Floridian decides he likes the home itself and buys it.

“What a wonderful place to start a family,” directing his comment to “we know who”, a “who” that is creeping up on the upper reaches of motherhood – tick-tock, tick-tock.

That puts Fanny to thinking. If he is thinking about children, he must have sexual intimacy on his mind. If he has carnal relations on his mind, then he knows that marriage must come first; which is the very same hurdle that Ace and Constance have facing them.

“Let’s get Rex and his horses into the stable first. The 28th is coming up fast and Constance wants us to meet up with Agent Daniels as soon as possible,” Fanny declares.

“After the stadium crusade is over, you’ll have to help me furnish the place.”

“I used to have simple tastes!”

To be foretold is to be forewarned. (or something like that)