The human desire to stir things up and uncover secrets is so innate and part of our DNA that of course mankind decided to create entire organizations with that single purpose. Truth be told, it’s a good thing they exist; these agencies have derailed countless plots to do their home countries harm. But we’re also fascinated by the more sinister, clandestine activities they conduct. Here’s a history of spy outfits from around the globe… Formed just after the dust settled from World War II, Israel’s foreign intelligence gathering organization was initially called the Institute for Coordination. Things did not get off to a great start for the intelligence agency: it took a year just to get organized enough to be functional, and immediately after that, bungled operations led to several of its officers being arrested. It was when Isser Harel took over Mossad in 1952 that it really found its footing. In 1960, Mossad carried out the South American mission that captured notorious Nazi-on-the-run Adolf Eichmann.

But Mossad’s claim to history came after the tragic hostage situation that arose during the Munich Olympics in 1972. Israeli athletes at the Games were massacred, and the events were broadcast live on TV for the world to see. Mossad discovered the Arab terrorists responsible and carried out a brutal series of executions that were depicted in Steven Spielberg’s movie Munich. Oh, and if you doubt the brute power that Mossad wielded, the name of the mission to hunt down the terrorists was dubbed “Operation Wrath of God.” You didn’t think you’d get very far into clandestine intelligence agencies without this one, did you? Officially founded in 1947, and with President Eisenhower’s building up in the 1950s, the Central Intelligence Agency, run from Langley, Virginia, has been in most of the greatest hits of espionage history.

The Bay of Pigs event in Cuba was a landmark happening during the Cold War-era 1960s. The CIA supported Cuban exiles who were to overthrow Fidel Castro’s communist regime. It failed miserably. Just after that botched coup, the CIA somewhat redeemed itself by using then-state-of-the-art technology to discover Russian nukes nearby.

The CIA did considerable work during the Vietnam War, as well. They undertook Project Tiger, which dropped South Vietnam fighters into the north to gather intelligence. Also during this time, however, were the operations known as the “Family Jewels.” These covert ops were usually illegal, ranging from illegal surveillance to straight up murder of foreign officials. Since then, things have been a little less rambunctious, though they did have some part in the Iran Contra debacle of the 1980s, as well as some responsibility for failure to take terrorist attacks in the US seriously, pre-9/11. 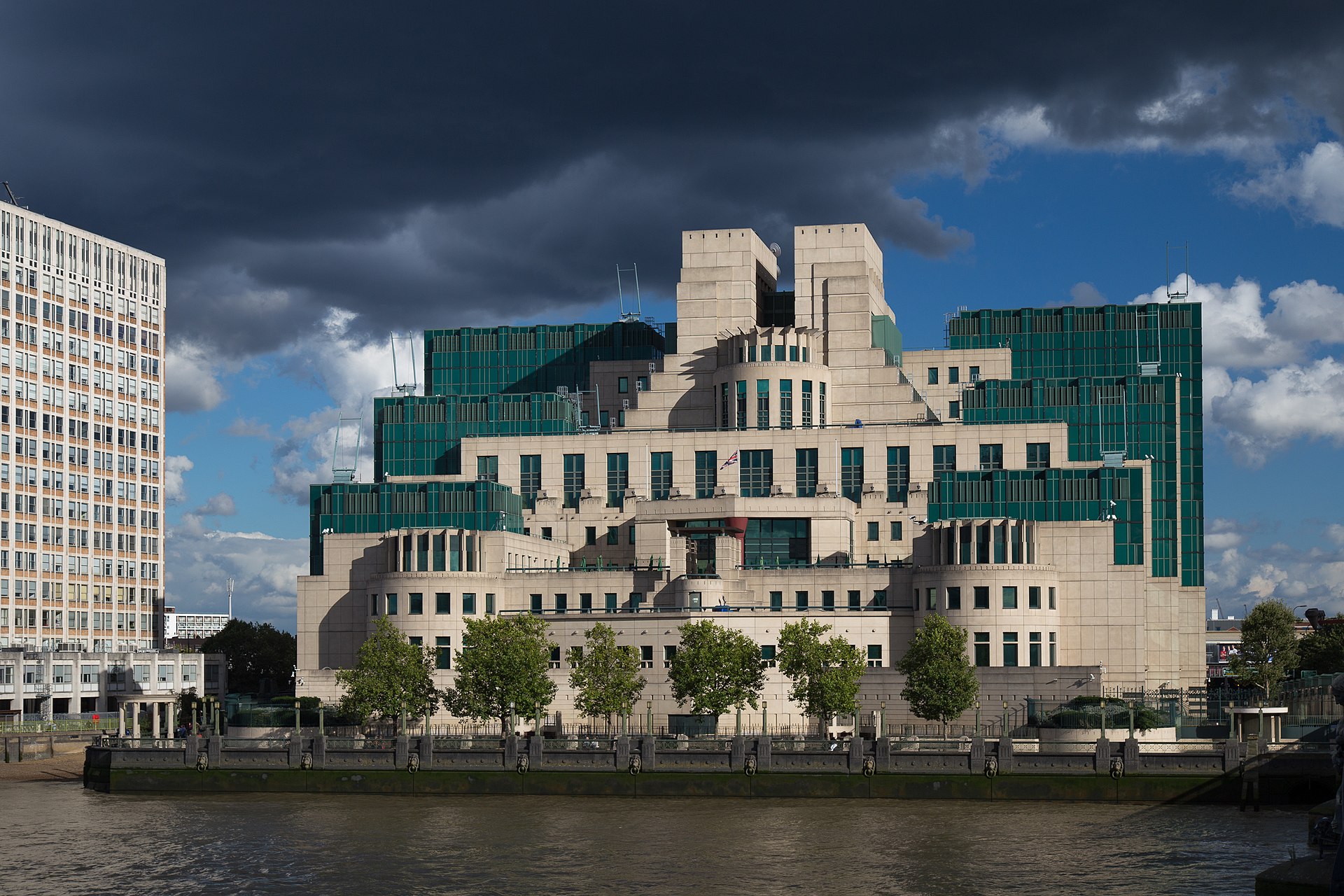 MI6 isn’t just an organization that constantly disavows super-agent Ethan Hunt. They are a very real British government entity with quite a history. The first British intelligence organization, which MI6 gets its roots from, was founded in 1569, but its present form came around 1912, just before World War I broke out.

The 1930s and ’40s gained MI6 a reputation for being one the top spy agencies in the world, and they surely had a major part in training US agents once America entered the Second World War. Post WWII, MI6 had to shake off numerous infiltrations by Russian double agents, and by the ’80s and ’90s, had become a much more open, re-prioritized agency. Not to say they had lost their teeth; indeed, they still tracked and took down all sorts of evil folks, from war crime perpetrators to participants in the Libyan Civil War. And if you have any doubts as to the debonair style of spy that inhabits MI6, check out their headquarters in the above photo. 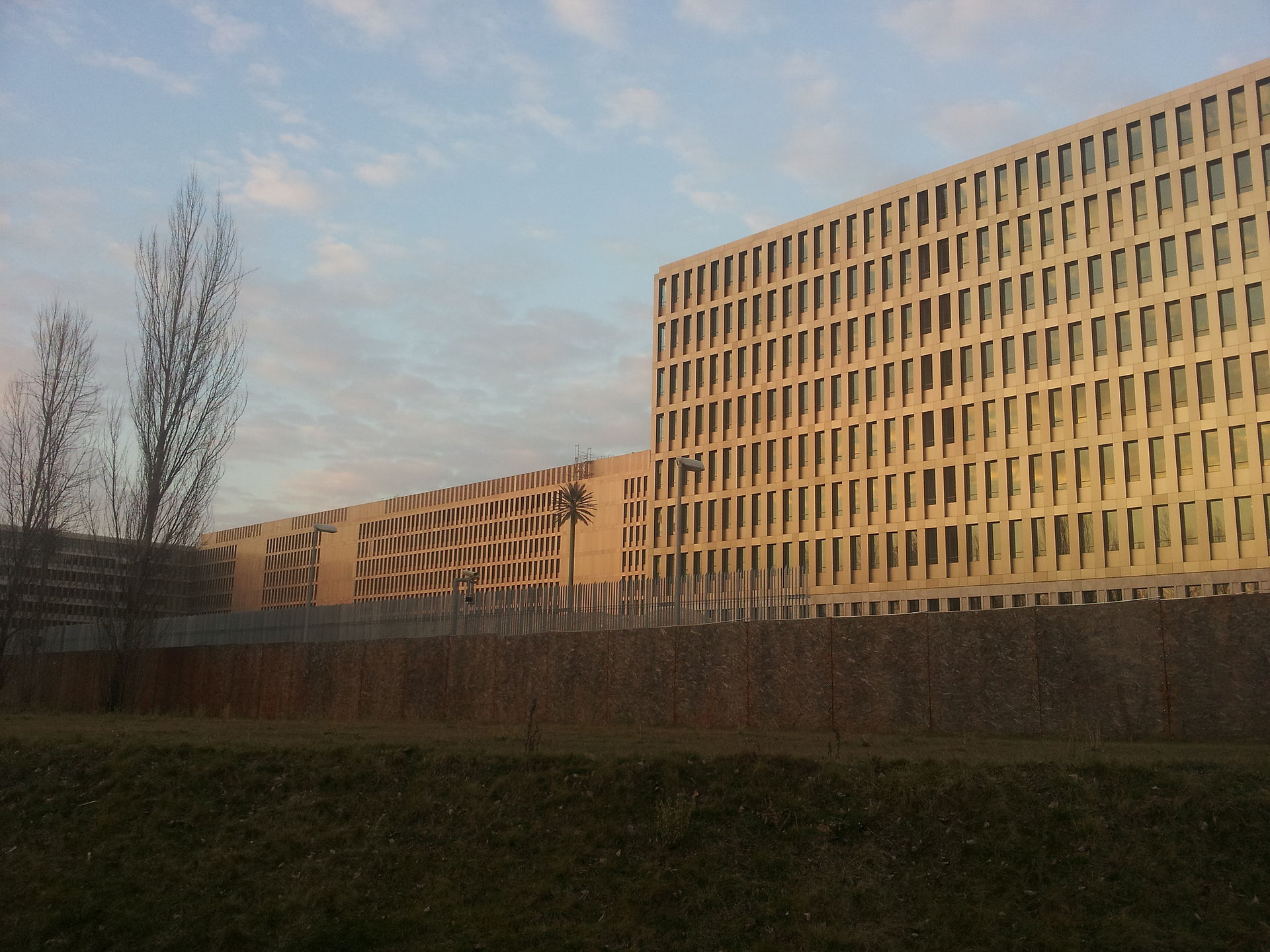 Founded during the Cold War in 1956, the Federal Intelligence Service (known in German as Bundesnachrichtendienst) is the largest agency of its kind in the world. Boasting 300 locations in the country, and over 6,500 employees, the organization spent its formative years like many other similar agencies: spying on the Russians. They did specialize in Middle East affairs, and in 1967 predicted the outbreak of the Six-Day War almost to the hour.

When the aforementioned terrorist attacks occurred at the Munich Olympics in 1972, the BND took the matters to heart, and began to truly build up their counter-terrorism capabilities–they almost single-handedly stopped an attack in India a few years back. But they are still spies at heart, and not always the most virtuous kind. In 2005 it was revealed that the BND was surveilling many German journalists. They are even reported to be storing 220 million sets of metadata culled from phone surveillance worlwide, and WikiLeaks is often sharing tons of data that they discover the BND is holding/hiding. Ah, the granddaddy of them all. Mother Russia’s notoriously-clandestine secret spy agency has been depicted in all sorts of media, most recently in The Americans. From 1954 until the USSR dissolved in 1991, the KGB had probably the most legendary reputation on this list, and for good reason.

Being the super secret organization in the most super secret region of the Cold War, much of what the KGB conducted is still classified to this day. At first, they specialized in espionage, and getting into the US and delving deep into their secrets. Early in the Cold War, the Soviets even got a spy ring into the Los Alamos facility where Americans were developing the atomic bombs. They infiltrated elections in Bangladesh in the 1970s, then again in Afghanistan later that decade.

In 1991, the head of the KGB, Vladimir Kryuchkov, and several others took the bold move to actually attempt to overthrow the government of the Soviet Union. The coup failed, and the country fell into chaos, dissolving and splintering, much like the KGB would. Speaking of the Afghan-Soviet Union relationship, the Inter-Services Intelligence agency of Pakistan had a huge role in that during the late ’70s and early ’80s. The ISI took the sides of the Afghan fighters clashing against the Soviets, and even worked closely with the CIA to train and fund them. That didn’t turn out to bite anyone in America eventually, right?

Once the Soviet Union fell in the early 1990s, the ISI provided all sorts of support to the emerging Taliban group, during Afghanistan’s Civil War. But the ISI doesn’t just meddle in Afghan wars. In contrast to some of the agencies here, the ISI recruits civilians as well as those in the armed forces. But the organization is not without its own far-reaching scandals. As mentioned before, the ISI worked with the Taliban, but it wasn’t until recently that we knew just how deeply they were connected. The ISI reportedly tampers with the elections of its own country, and were accused of taking money illegally from bank owners in Pakistan. Even Pakistani citizens that helped the CIA capture Osama bin Laden were detained by the ISI and imprisoned. If the CIA is America’s big, hulking secret child, the National Security Agency is like its smaller, even sneakier brother. The NSA can be traced back to 1917, when the First World War showed just how badly good intelligence was needed. The agency (then called the Cipher Bureau) spent its infancy becoming incredibly adept at intercepting messages and telegrams going in and out of the United States.

The Cipher Bureau would soon morph into the Signal Intelligence Service. The expansion of the Japanese empire in the 1930s helped the agency expand itself, especially in its Pacific operations. And that was helpful after Japan attacked Pearl Harbor in 1941. The SIS would crack all sorts of codes and keep Japan on their feet, but their intel wasn’t always perfect, even when they expanded into the NSA that we know today. Later in the 1960s, faulty information from the Gulf of Tonkin would lasso the United States into the Vietnam War. The NSA also came under scrutiny during the Watergate scandal. And they have a long history of surveilling famous civil rights leaders and political opponents like Jane Fonda and Martin Luther King, Jr.

China has a long history of spy capers and espionage just like everyone else on this list, but their best-known and most powerful agency has only been around since 1983. The Ministry of State Security may also be the most secretive in the world.

Computer hacking is one of the more prevalent ways of spying that is being used in this age, and the MSS has a large hand in that. In 2018, the US Justice Department caught two hackers who were acting on behalf of the MSS, who had stolen state secrets from a dozen countries. Another recent event saw a senior official in the MSS arrested in Belgium for stealing trade secrets from US aviation and aerospace companies.

The MSS is akin to a cross between the FBI and the CIA, as it conducts operations both domestic and foreign in the name of national security. The MSS has no official website or any list of contacts, and it’s even thought that China’s rapid economic growth can be attributed in part to the MSS and their keen ability to steal intellectual property from other nations. Formed shortly after the Cuban Revolution in the early 1960s, the Direccion de Inteligencia has also been closely linked to the KGB, and were basically trained by them. Not surprising, since the Soviet Union held nukes on the island for some time. But it was a rocky relationship at times, too. Though the Soviets had personnel and facilities based in Cuba, their desire to have more of a say in the operations of the native Cuban agency led to some push-back.

The Direccion de Inteligencia has a long history of aiding leftist movements in other countries like Nicaragua, Chile, and Venezuela. The scope of the DI’s operations is somewhat staggering, considering the economic base of Cuba isn’t very impressive. Recently, it was revealed that Cuba and the DI had been sending weapons to North Korea for refurbishment.

It turns out that Cuba is just good at espionage. Intelligence experts rank the DI’s officials as some of the best in the world, and with the agency’s close ties to other countries like Iran and North Korea, its investment in gleaning intelligence from the world’s superpowers is not just attractive to radical governments. A precursor to America’s CIA, the OSS had a very short life as an agency, spanning three years from 1942-1945, but they packed some work into that time. The activities of Germany during World War II were a main focus, and something the Office of Strategic Services excelled at. At its height, the OSS employed 24,000 workers, and the war provided many locations for the Americans to gain intel on their foreign enemies.

Some of the names that worked for the OSS were celebrity chef Julia Child, film director John Ford, and Major League Baseball player Moe Berg, and eventually the OSS was so spread out into the world that over 7,500 agents operated overseas. Again, the outbreak of world war provides so much work potential. The identities of OSS personnel were kept secret upon the agency’s dissolution in 1945, after Harry Truman took office, and were not revealed until 2008. The CIA would begin its life two year later in 1947, but America had already taken its baby steps in the intelligence world, and so was quite prepared.