… gone are the carefree days in Tallahassee…

Doctor Alpha Omega Campbell is by no way or definition, an imposing man.

Accounting for 66 inches of vertical space, balding to a tee, of mixed race to the visual exclusion of all the others, other than Negro, he is warmed by God’s spirit and in no form or manner a threat to anyone except himself. And yet, here he is in prison at Starke, Florida, closer to Gainesville than Tallahassee; seemingly nearer to hell than the Lord of grace.

If this diminutive groundbreaker could see beyond the bars of incarceration, the world of 1958, one that is lesser for his absence, is a tranquil void, in an otherwise mischievous globe. Rampant unemployment fuels postwar inflation. Nikita Kruschev and Charles de

join Dwight Eisenhower, generals all, are world leaders. The Cold War is on.

high above the tensions of state or of race, perhaps to relay news of school integration in Little Rock, Arkansas; good news for those in the minority, but not as bad as it should be for those who hide behind white-hooded garments, disguising any real trace of humanity.

Of greater relevance, gone are the carefree days in Tallahassee. On a slow summer’s day, devoid of virus and trauma, a chauffeur driven Cadillac sedan could be taking the Campbell family ensemble to watch tennis lessons, given to the youngest daughter, Zillah, who is preceded by Laura Bell and Alpha (Omega). They too have been tutored by Florida A&M’s coach in a sport not known to many Negroes.

Even more radical perhaps, are the cook and the gardener and the maids, in a grand house that is and was the envy of most folks in the Florida panhandle. It is that very

jealousy, of means and possession that have precipitated the doctor’s downfall.

The fact that his dark skin has the hidden hue of a blue blood, will bar his efforts to be with his family this year. 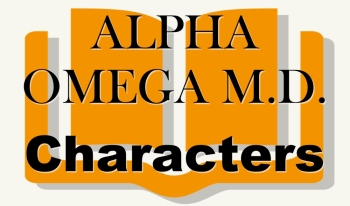