…I hope you know that this little deal of ours will blow a hole the size of the Everglades through our cover, Charles…

Laura Bell Campbell-McLoud’s husband, whose job it is to (feeble attempt) pay the

property taxes on what was once 150 parcels of land owned by A.O. and Maggie, has been a knowing, if not a slightly reluctant party to the progressive dismantling of a once advancing empire. Without the doctor’s viable income stream, bits and pieces of property are liquidated, at his direction, with veiled trepidation. It is done in a way as not to draw attention, thereby preserving the Campbell good named reputation.

The reason McLoud joins banker Lewis in a fit of guilt, centers around the Tennessee Street land and its precious location. The rest of Campbell holdings are secondary tracts, save for Campbell subdivision and the adjacent lake bearing their name, on the southern boundary of the city. These downtown acres however, had been designated to house a grand hospital; Doc Campbell’s crowning achievement, replacing his black-only clinic two blocks north. Without divine intervention, a twelve story hotel will take its intended place.

“I hope you know that this little deal of ours will blow a hole the size of the Everglades through our cover, Charles. How can I keep this a secret from Laura?” McLoud asks them in a shameful tone of voice.

“If you are going to save Campbell Pond, hell, even the house and clinic for that matter; you really have no choice.”

“It’s supposed to be Campbell Lake!”

“Whatever?” states a cold Wilson. “If you remember correctly, I was the one who told you, as a friend I might add, to be more up front about the family’s sad state of affairs. But you were determined to protect the family pride. Pride ain’t worth a fiddly-dee to an old man who may die before he gets out of Starke.”

“Pride is not just about land, Wilson, although come to think of it, I believe it was your proud jealousy and lame vendetta that landed my father-in-law in the pickle he’s in now.”

“Are you tryin’ to slander my name, McLoud? He crippled my sister you know.”

“Not exactly… and Esther was tottery before she took ill.” Franklin chooses his words carefully. He is younger and less cagey than his accuser. “I mean to say, that true and pure pride is about history; what people will look back on, with a dash of entitlement thrown in. If you take away a man’s life, if he believes on the Lord, he has an eternity in Heaven to look forward to…

“…You take away a man’s possessions and you steal away his earthly identification. In the case of Tennessee Street, stealing is the right word. It’s worth millions to you, yet you’ll get for pennies on the dollar.” 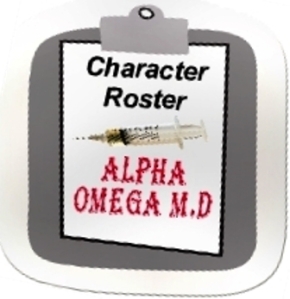