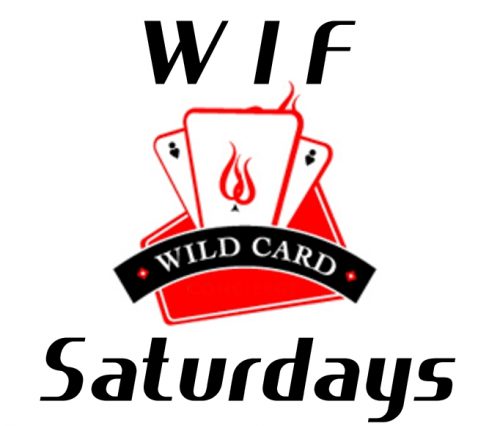 For a huge part of human history, there were plenty of places left that remained a mystery. But in modern times, it seems like every square inch of the planet is accessible for anyone who has the time, money, and desire to get there. However, there are still plenty of places that truly are forbidden to the general public. Deep in the Dordogne Valley of Southern France, there is a cave that holds a number of ancient secrets. The Lascaux Caves were first found in the year 1940 by a group of 13-year-old boys and their dog. They contain some of the oldest drawings in the history of mankind, and after this discovery, tourists flocked to see the cave. Unfortunately, though, the caves also contain a rare fungus that is slowly destroying the ancient artwork. In 1963, a decision was made to close the caves off from the public, because the belief was that the more human beings visited the cave, the more heat and humidity would come off of their bodies, worsening the problem with the fungus and threatening the paintings. So now, there are security guards watching over the caves full-time to make sure no one goes inside, and they only patrol within for a few minutes just once a week.

In 2010, President Nicolas Sarkozy and eight people in his entourage toured the caves to see the 900 pieces of art, sparking controversy across France. This actually sparked a debate, because many people felt that there should be no exceptions to the rule, even if you’re the President.

9. Only a Few Select People Can Access the Vatican Secret Archives Inside of Vatican City, there are the Secret Archives filled with classified documents that date back thousands of years. For most of modern history, the Pope was the one and only person who could access the archive. In 1881, the rules were changed to allow a few select Catholic scholars to examine the documents, so long as they go through background checks and a vetting process, which includes receiving permission from the Pope. Even then, the paperwork must be 75-years-old before they are accessible to the scholars, which guarantees that the people who are mentioned in the documents would most likely have passed away before their secrets are ever revealed. So, we’re sorry to say, but you’re not likely to be allowed into the archives any time soon.

Of course, when anywhere is this secret, conspiracy theories abound. And just like literally everything else in the world, some people believe that the Vatican is hiding evidence of aliens. And in 2010, when Dan Brown released his novel Angels and Demons, more and more people began to question what, exactly, the Vatican was trying to hide. So finally in 2012, they held an exhibit where they shared some of the most famous documents with journalists.

8. North Sentinel Island Has a Tribe Isolated From The Outside World

North Sentinel Island is off the coast of India, in the Bay of Bengal. Marco Polo mentioned the island in his book, claiming that the Sentinelese people were cannibals. In the 1800s, a ship crashed on the island, and almost all of the crew was killed by the natives. Its reputation has made this island off-limits from the outside world. As the years went on, only about 150 native Sentinelese people are believed to be left alive.

In the 1970s, National Geographic attempted to film a documentary on the island, but the director was impaled by a spear. Since then, access to the island has been strictly prohibited, and it has been well-known that no one should go there. But it didn’t seem to stop a missionary from going to the island in 2018 in an attempt to convert the native people to Christianity, and he was killed after illegally stepping foot on the island.

7. Surtsey Island Is An Active Volcano

In 1963, an underwater volcano erupted off the coast of Iceland, forming a small island that is just one mile wide. It was given the name Surtsey, after the Norse jotunn Surtr, who brings fire and brimstone upon the Earth and is a key player in Ragnarok. It has continued to remain active ever since. You may remember in 2010, the volcano on the island erupted and spread an ash cloud so large airplane traffic was suspended until it dissipated.

As of right now, the only people who have visited the island are scientists who have permission from the government of Iceland. It is important for them to study what naturally occurs on the island. They want to figure out which animals and vegetation make their way there naturally. Maybe some day tourists will be able to visit, but as of right now, the island is still off-limits to the general public.

Alice Springs, Australia is home to an American military based called the Joint Defense Facility Pine Gap. It was first built in 1966 as a space research laboratory. According to the US National Security Agency, the base is now used to control satellites that track nuclear weapons, locate airstrikes, and gather other types of information. Roughly 600 US citizens live in the base, and they integrate with the rest of Australian society. However, no one is allowed inside without the necessary security clearance.

However, it shouldn’t come as a surprise that there are some Australian citizens who aren’t too happy with the Americans coming in to use their land. The secret base has become a target for anti-war protesters who want it gone. Many Australians have actually tried to break into the base, claiming that they want to show the visiting Americans all about peace and love, only for them to be arrested. Anyone who tries to break into the facility face prison sentences up to seven years.

5. World Leaders Will Escape to Mount Weather At The End of the World

During the Cold War, the Mount Weather Emergency Operations Center was built by the US government’s FEMA program as a place for world leaders to run to in case of a nuclear apocalypse. The 600,000 square foot underground facility sits safely nestled 48 miles away from Washington DC, in the Blue Ridge Mountains. It has its own fire and police force, as well as its own laws, and plenty of supplies to restart society, just in case we ever end up in a Fallout situation. Of course, the nuclear apocalypse has been avoided (for now, at least), and all of those DIY fallout shelters from the 1960s have gone to waste.

But Mount Weather still exists today as the go-to-safe space for politicians. After the terrorist attacks on the Twin Towers in New York City on September 11, 2001, some of the most important government officials in the country were rushed to Mount Weather. Average people are not allowed to visit the facility, though, so we’ll just have to leave it in our imaginations.

4. If You Step Foot on Queimada Grande Island, You Will Probably Die

The Isle of Queimada Grande is just off the coast of Sao Paulo, Brazil. It is also known as “Snake Island,” because it is mostly inhabited by — you guessed it — thousands upon thousands of snakes. The Golden Lancehead Viper, which only exists on that one island. Its venom is five times more powerful than any other snake, and if someone is bitten by one, they will be dead in less than an hour. It has been dubbed one of the most dangerous places in the world.

No one is even sure how the snakes got there in the first place. Rumors have spread that pirates buried a treasure on the island, and that they brought these snakes there to make sure no one could ever reach the gold. But that, of course, is just a legend. For years, no one lived there, except a lighthouse keeper and his daughter. However, they were both killed by the snakes. Now the Brazilian navy only visits the island once a year to make sure the fully automated lighthouse is still working. Vice News decided to film a documentary on the one day of the year that they could actually go together with the navy officials. So, they were able to get extremely rare footage of the island and, of course… the snakes.

Off the coast of the Scottish Highlands, Gruinard Island was bought by the British government to test deadly diseases. The first trials began by exploding bombs riddled with diseased powder over top of flocks of sheep, and scientists would later inspect the damage. In the wake of World War II, the Brits thought they may need to use Anthrax as a weapon of war. Since they had purchased the island for these life-threatening experiments, they had to make it clear to everyone not to travel there anymore.

There’s even a massive sign on the island that says: “This island is government property under experiment. The ground is contaminated with Anthrax and dangerous. Landing is prohibited.” In the 1980s, the government sent scientists to clean the island, and by 1990, they declared that it was safe to visit. However, even years after the experiments have been completed, many people believe that there are still plague spores in the ground, and that you would be foolish to ever go there.

2. Technological Secrets are Hiding Inside Area 51 Nearly everyone has heard of Area 51, which is a secret American military base in the middle of the Nevada desert. There are dozens of wild rumors and conspiracy theories about the base, mostly claiming that they hold evidence of UFOs and alien life, including the wreckage of the famous Roswell incident in 1947.

Technically, there are plenty of people who work there, so people come and go from the base all the time. But members of the public are not allowed inside. In fact, if you even get too close to the entrance, a white pickup truck will chase you down until you leave. The facility is heavily guarded, with security cameras and sensors. In reality, the base was established during the Cold War, and it is used to test experimental aircraft. Its high level of security is to ensure that no foreign nations can access new technology.

Even though the rational explanations have been published as to the history of Area 51’s existence again and again, people still want to believe it’s really all about hiding little green men. The surrounding area has become a tourist attraction for UFO enthusiasts.

Okay, so maybe you don’t believe in ghosts. But plenty of people believe that Italy’s Poveglia Island is actually haunted, due to its long, horrible history. It was once a hospital for people who were quarantined with the plague. Then, it was used as a hospital for the criminally insane. According to legend, a doctor was performing torturous experiments on the patients, which is why the souls of the suffering are still present on the island.

Scientific studies have shown that so many bodies were buried on the island, 50% of the soil is made of human ash. The Italian government wasn’t sure what to do with it, so they put it up for auction, and sold a 99-year lease to an Italian businessman named Luigi Brugnaro for €513,000. So, basically, Brugnaro gets to use it as his private property, and it will be decades before it returns to the custody of the Italian government. 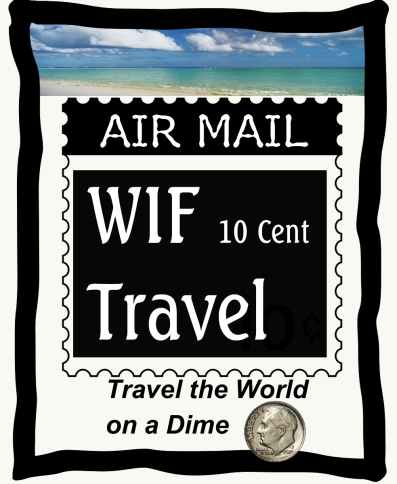