… Some form of dementia causes John to wander aimlessly about, no sense of whether he is afoot or on horseback…

Here at the stable, in the lamplight, John Ferrell opens the mysterious envelope that had briefly distracted him that morning, nearly forgotten.

This is what it said:

A sudden fever sweeps through John Ferrell, likely flush with excess cerebral blood flow, driven by a racing pulse. The thought of this happening to him was the last thing on his mind, nor had he been exactly consumed by guilt in the intervening months since that hot and dusty July day; all that has changed, starting right now. 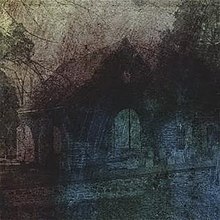 Some form of dementia causes John to wander aimlessly about, no sense of whether he is afoot or on horseback, as if in a daze. Sitting, standing, vertical or horizontal, no matter his position, nothing jives with reality. All he knows is that when he heads toward his San Luis Lake mansion, he must turn away.

More than an hour passes before he can right himself. He returns to the stable, straightening the crumpled edges of the paper in his pocket. This time he sees the need to act, grabbing a lantern to light his way to the lake, formulating a plan as he goes. His subconscious

has been a step ahead of his consciousness.

Laura Bell, thinking that had he intended on meeting her, thought he would have been there by now. The delay causes doubt. Her world seems to be falling apart. Her future at the only job she’s ever had, is obviously about to end.

There is no reason to ruin perfectly good footwear, so she undoes the high ankle buttons, places them the bench and descends into the calm waters of San Luis Lake, without capturing the one last deep breath that would sustain her for a couple of minutes. She has no intentions of surviving…