…  Old friends and neighbors do not ask too many questions…

Without capturing the one last deep breath that would sustain her for a couple of minutes,

Princess Olla submerges herself, without intentions of surviving.

John Ferrell sees the black shoes on the bench and correctly guesses the rest. He searches for bubbles and dives in the water at that spot. Several inspired strokes in his pitch-black underwater probe, he touches saturated fabric. He prays it is Laura’s dress, grabbing what feels like the collar and lurching for the surface of the lake. It takes more strength than he has, but what he has not, the rest is provided. Two bodies break above water, both gasping for air.

The rescuer knows how critical every minute is, if his unborn child is to survive. With a display of superhuman strength, John Ferrell carries an unconscious Olla the distance back to the stable, then deciding not to stop there, ferrying her to the house of his neighbor, a retired physician around the south side of San Luis Lake.

Old friends and neighbors do not ask too many questions, like, ‘How often do you save drowning people at this hour?’ or ‘How did you know this woman is with child?’ Instinctive, Doctor Siegfried Endlichoffer resurrects his black bag to treat a patient he is already familiar with. He has spent many an afternoon picking Princess Olla’s brain about what she knows about life on the Apalachee Indian Reservation, as he spoke to the Ferrells’ maidservant and gained her confidence. As it turns out, it is he who provided Olla with the skills of the written word, as rudimentary as it is, even though his native German tongue would be easier for him to relate. 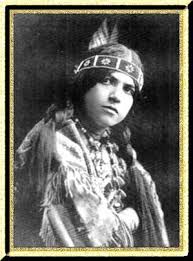 He wields his stethoscope skillfully, timing the hearts of both mother and child, like he had never put it down. Prone and scared, his patient stares down her clothes less body, watching

the cold steel disk move from her chest down to her burgeoning belly. She is not used to being naked, whether it be in the presence of the doctor or John Ferrell.

This modesty keeps the latter in another room and frustrated, nervously pondering all the numerous ramifications. Most of these scenarios fall on the side of social disaster. He cannot imagine how Laura Bell can return to Hillside Estate, whether the baby survives or not.

After what seems to be an eternity, the crusty German emerges from his den, leaving Laura to don one of Frau Endlichoffer’s house dresses, with plenty of whom to grow.