After successfully navigating through the murky waters of the Spanish-American War, a one hundred day semi-global skirmish that establishes his country as an imperialistic power, President William McKinley has set his sights on reelection. The war has produced, as they usually do, heroes and the Republican Party chooses the most celebrated hero, Teddy Roosevelt as his Vice-presidential partner, rather than incumbent Garret Hobart. Roosevelt had previously ridden his San Juan Hill popularity to the New York governor’s mansion. Sound reputation and national prosperity virtually assures them victory in November.

But this is August and some smaller issues need to be dealt with. It is Herbert Love who may add yet another title to his already crowded business card; because of a telegram he receives.

My staff and I have been admiring reports of your diverse approach to your agricultural enterprises. This is the sort of expertise a president looks for when he selects his Secretary of Agriculture.

As you likely know, James Wilson has been and will be my secretary of this department, but he has succumbed to dreadful plague while he was in San Francisco. And considering the boll weevil crisis we face, among other issues, such as the total pasteurization of the nation’s milk supply, I feel we need a steady stream of quality leadership for our nation’s farming families.

We feel that you are that man and hope you will be stirred to serve your country and offer  this position in my administration. Your title would be Under-secretary of Agriculture, the first such, but with all the amenities that Mr. Wilson enjoys. Of course I would want you stay on for my second term, God willing.

Please call me at the attached secure telephone line, at your earliest convenience.

It is not every day you get a wire from the President of the United States of America. 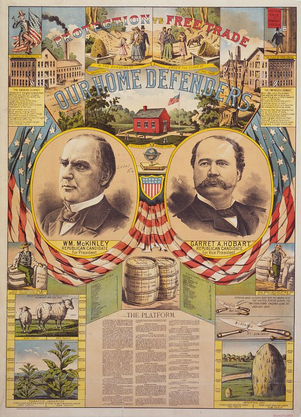