…Reports from ships in the vicinity tell us the storm moved straight west to Haiti, where it seems to have lost its punch…

“Is there anything we can do for those people?” asks President William McKinley of his acting Secretary of Agriculture, referring to the tropical system that had just roared over a newly ceded island of the West Indies, now under the jurisdiction of the United States.

“Not really, Mr. President,” replies Herbert Love, “but only because they have not rebuilt from last year’s hurricane. The good news is that, because of Baily Kelly and his discovery, there will not be the scores of deaths from anemia. Health conditions have improved exponentially.” 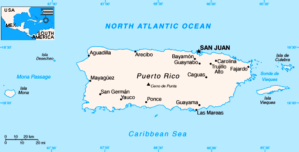 hurricanes, sickness… miseries of Biblical proportions. It is no wonder that New York is filling up with immigrants, refugees and the like. I believe I would swim all there to escape that island.”

“It’s like they are row of dominoes, standing on end. If they started with 100, 75 have already toppled,” Love relates.

“You know how I enjoy dominoes. I guess I will have to prop up the 76th.” That is McKinley’s way of telling Herb do what he can do to help them. This is how policy is formulated, as simple as a seemingly casual conversation. “By the way, where is that storm headed? Is Florida in the path?”

If the Department of Agriculture were an umbrella, the Weather Bureau is an agency under it and one of great interest to a farm owner such as Herb Love. “Reports from ships in the vicinity tell us the storm moved straight west to Haiti, where it seems to have lost its punch. The lowest barometric readings are drifting into the Gulf of Mexico, where it looks that it has stalled and likely to break up.”

“I hope so.” He moves for a peek at his presidential calendar. “By this time next year, September 6th, I want Puerto Rico, Cuba and the Bahamas to return to want they were meant to be: tropical paradises.” He speaks of 1901. “I think I will pay the islands a visit after the Pan-American Exposition. I have not used the Presidential Yacht since my first year in office. We’ll need a long vacation by then, with the election and all.”

Planning so far in advance is common among heads of state. Whether or not made plans change is a matter of fate.