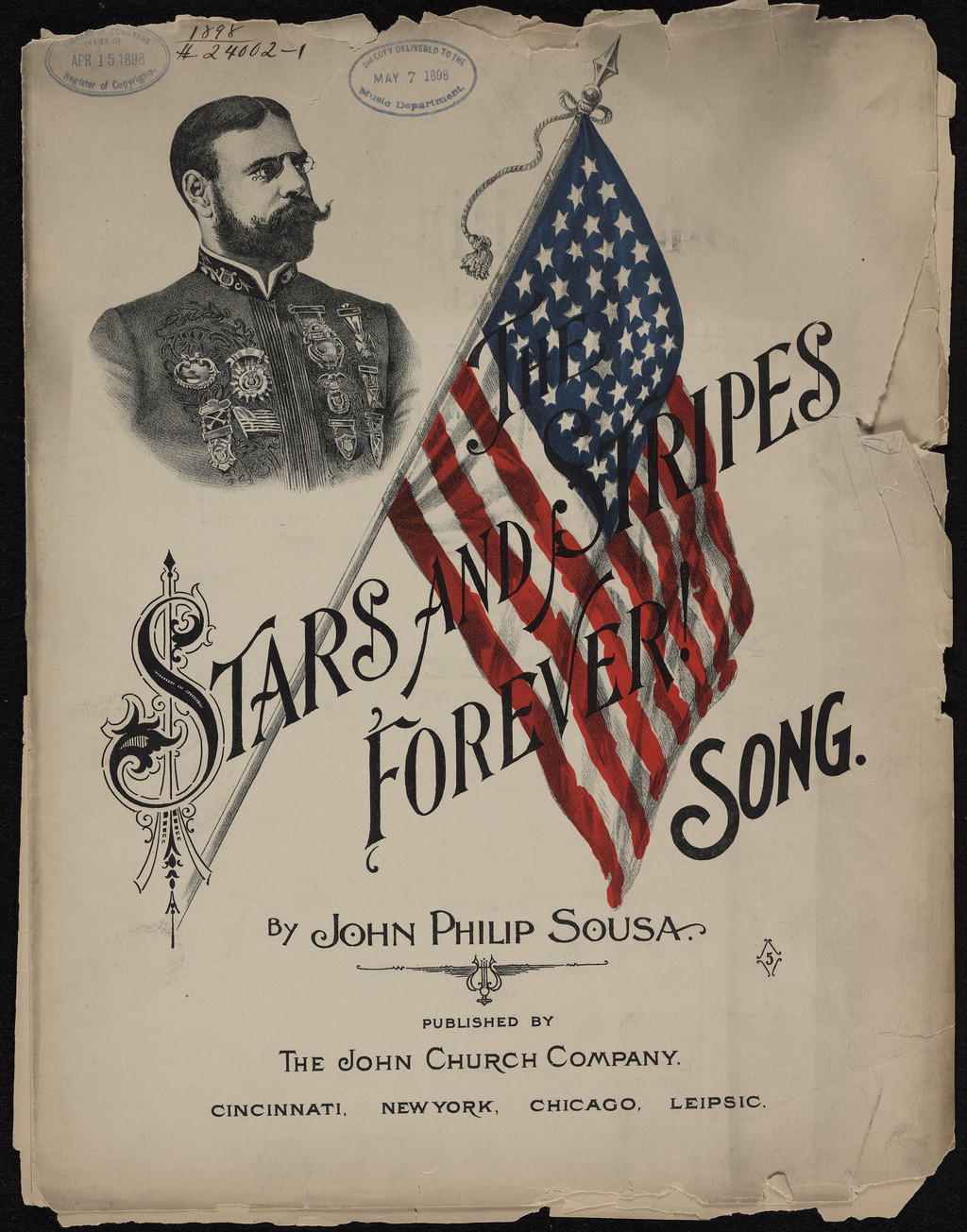 A billowing plume of smoke and steam can be seen on the western horizon. It is not stationary, as if from a barn fire or bonfire, rather this cloud slowly dissipates, reforming ever nearer to an absolute throng of people gathered at the Quincy train station. Someone has painted the town red… and white and blue for a special patriotic occasion.

And this is not a bashful bunch, to be sure. It is not often that the President of the United States of America comes to your town, let alone a bandmaster of some renown like John Philip Sousa. He thrills young and old with robust marches, including his popular composition, Stars and Stripes Forever.

Appropriately, this is the tune that Sousa and his big brass band are playing when the trail of smoke and steam comes to a squeaky stop.

The Presidential train, with fewer cars than it started with, but more people than it started with (mostly the Tallahassee Junior Women’s Club, who will be sticking to local projects until they get married and have children), is greeted by riotous enthusiasm. The small town is packed to overflow with: 1. anyone who remotely knows any of the returning heroes,  2. is a supporter of the fashionable President, 3. is or pretends to be a member of the working press, governors, senators, congressmen, mayors dogcatchers, or 4. just about everybody who was born and breathing.

Distinct and above the rest is the McKinley reviewing stand, doubling for its usual use as home team bleachers of the local ball club, the Gadsden Goslings of the Northern Florida Baseball League. Martha Ferrell has parceled out the seating on the stand in a fair manner, making sure the majority of well-wishers are not offended, even though it is a thankless, impossible task. But it is quite difficult to be mad at someone as sweet as she. If you are, chances you would be considered a stiff-necked scalawag or some other enemy of God and country.

The passenger cars are at the rear, with the last wooden carrier already positioned in campaigning configuration; an enlarged deck of sorts overhanging the rear wheels, with a bright brass railing guarding the semicircle; designed for the President to wave from while the train steams through towns along the countryside. One person getting a look at a Presidential candidate may garner him ten votes.