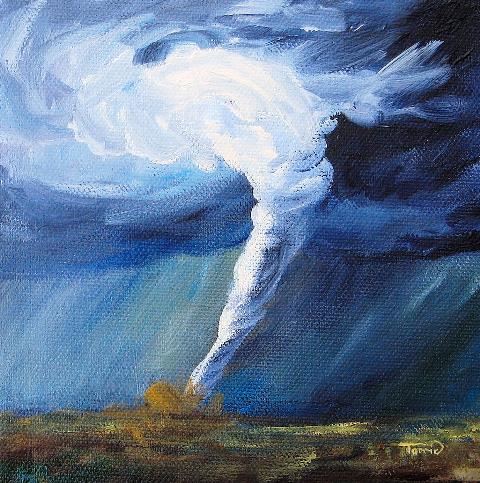 A branch is considered a stick and many of them are scattered across a quarter mile wide, five mile long path that began to the southwest, in the vast expanses of the Apalachicola forest. It had to be a twister at least that is the consensus of those left in its turbulent wake that marched steadily northeastward to rural Tallahassee, in the early morning hours of a warm early spring night, including a brush with San Luis Lake, which is usually spared any of the real weather. A direct hit surely would have razed the only two man-made compounds on the quaint body of water. 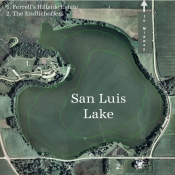 Now, in the post-dawn calm, with dew points equal to the 65 degree temperatures, everyone in the Endlichoffer household is wielding big sticks; cypress and jack pine strewn on the huge garden whose ground is sustaining seedlings of carrots, beets, potato and squash. 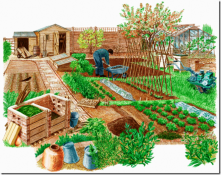 The garden is a family project, a source shared responsibility and pride. The 2000 square foot plot is ever in need of weeding, fertilizing, protection from vegetarian rodents, or watering, though this morning has provided 2 months’ worth of moisture deep into the subsoil. That a bountiful harvest is a bi-yearly event is a miracle in itself, considering that the native soil was mostly sand, without a favorable pH.

As is usually the case, in times of potential disaster, John Ferrell has already assessed his estate and has negotiated the storm/tangle to check on his extended family. Laura Bell and Maggie Lou have not gone away and no matter how convenient it would have been if they did, Ziggy and Frieda would rather give up breathing than part ways with their chalet.

John has witnessed an evolution, from desperate refuge, in the days of Princess Olla’s pregnancy, to absolute integration into the lives of the dearest old Germans you could ever find. That is why he makes the trek down a well-worn path on a daily basis, under the auspices of a morning constitutional, when it is breakfast he shares… Martha knows.