… I think the captain of the U-boat has had attack of conscience,” counters a repulsed Judith. She does not understand war, not even after a nine month dose…

As the Pearson-Eastman Journal launch rounds peninsula Fife, passing the mouth of 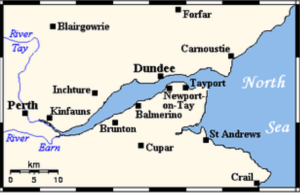 the Firth of Forth, they spot a terrifying sight, a crippled ship listing heavily to the starboard, with few prospects of staying afloat. Being faster than Ferrell’s ship, they double back to warn them. No more than a minute passes before they can blow a horn of warning, to cause the large boat to turn for the safety of the firth.

A pair of bubbling streaks follows them

into the outlet of the River Tay, one striking the stern, the other close behind, destroying the screws and igniting a fresh load of fuel. The resulting chain reaction explosion snaps the defenseless ship into two distinct sections, like a lengthwise banana. Each piece turns over, nosing under the surf in a blink of an eye.

Risking their own safety, the launch plows through a maze of bobbing crates and floatables, searching for survivors in the horrific chaos. But unlike the Titanic or Lusitania, this is a cargo vessel; humans are few, all except one, the crew. The way it goes down, swallowed nearly whole by a cold sea not 13 leagues from Dundee, does not bode well for the thirty, not having had a chance to don life jackets.

“Over there!” Judith points to a man clinging to a plank. They pray that it is John Ferrell, but as they slow to snatch him out of 40 degree chop, he turns out to be the first mate.

“Have you seen anyone else?” is the repeated question, each gaining a negative signal.

Fifty yards away, in the direction of the submerged missiles, huge air bubbles rise and

the sea swells. The letters U-36 break the surface, followed by a 215 foot fuselage. The Pearson people freeze, not knowing what to expect. Of the five uniformed German sailors, none is manning the deck mounted machine gun and their hands are occupied by binoculars, not the issued Lugar side arms. One of them calls out in their language, guttural sympathy rather than confrontation.

The launch commander is skeptical. “They must be out of bullets.”

“No, I think the captain has had attack of conscience,” counters a repulsed Judith. She does not understand war, not even after a nine month dose.

“Let’s get out of here, before they change their mind,” urges the commander. “They won’t leave until they fish something of value out of the water.” 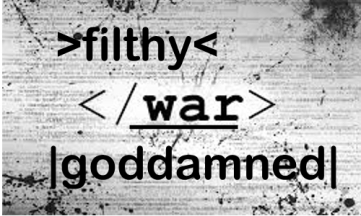 “We’ve got to go back to Perth, Barrie shouldn’t find out by reading a newspaper.” Harv tries to do the right thing, contrary to self-preservation. He apologizes to his people, for having exposed them to the ugliest side of humanity. “Filthy goddamned war!”

Firth of Forth in Scotland by Jose Luis Cezon Garcia