We all have the inner yearning that calls for answers on our basic questions. Where did we come from? Why are we here? Where are we going, and what is our purpose? In most cases, myths are obviously metaphoric and completely inconceivable. Others can be found in various societies that are completely remote from one another, where the similarities in the accounts are so distinct that they suggest a common historical basis. The following myths all led to controversial hypotheses and theories, adding mystery and wonder to our united consciousness. 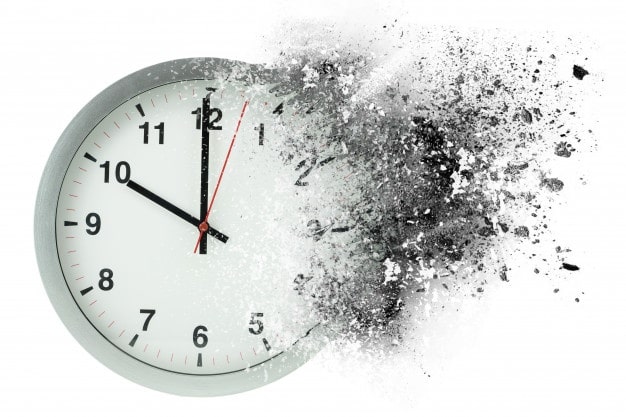 In the 17th century, Archbishop Ussher claimed the world began in 4004 BC and that it would exist for 6,000 years until the final battle with the Antichrist – leading to the 1,000-year rule of the saints and then, finally, the end. Nostradamus used this chronology and claimed the year 1999 would be the beginning of the end times.

In mythic tradition, time is more irregular, intricate, and recurring. The Mayans thought the time had a seasonal or cyclic rhythm, and the Celts believed it ran at different rates in different realms. This mythic understanding of time is backed up by modern cosmology. The English astronomer Fred Hoyle, however, claims the idea of time as an ever-rolling stream is “a grotesque and absurd illusion,” stating that everything was, will be, and has always been. According to him, the sense of past, present, and future is all an illusion. The night sky is a portrait painted by myths. We all know our “star signs” – which consists of 12 constellations of the zodiac. Few know that the 12 symbols, or signs, that we love to plan our futures on are only part of the 88 identified constellations.

The oldest astronomy/astrology (in those days it was the same thing) records to survive are those of the Chaldeans, who nightly observed the sky looking for omens and clues to their fate, more than 2,000 years before the Romans. Modern dismissals of the role these constellations play on our futures have not ended the mythic identification with the celestial bodies and probably never will. What we know from the myths and legends today are that curses are either cast on humanity by the gods or by lesser, human priests and witch-doctors, or by one wronged person onto another. Either way, intentional harm or death is intended. The most famous curse is found in the Bible when the serpent is cursed for tempting Eve, followed by the cursing of Adam and Eve, leading to the doctrines of the fall of man.

In most Eastern beliefs, however, the curse is our inability to see through illusion. Today it is said that a curse only works if the victim believes in it. The Hamitic hypothesis claims that Ham (along with his son Canaan), son of Noah, was cursed after exposing his drunken father to his brothers. According to the hypothesis they were “marked” by the shade of their skin, becoming the forefathers of the black race – the curse accounts for all the suffering the black race has endured through the ages. The belief in supernatural beings is ancient. Where demons want to cause us injury, angels offer protection, direction, and religious insight. The names of the great archangels are known to Muslims and Christians alike. People have seen shining winged human beings everywhere in the world. At Fatima, Portugal in 1917, shepherd children met a beautiful young woman who claimed to be from Heaven. Subsequent visions led to a crowd of 70,000, witnessing the sun descend to earth. Today the event is commonly known as the “Miracle of the Sun.”

At this event and others that were similar, mass healings followed. Scientists have ascribed the events to mass hysteria, but another more controversial theory claims that these events (as well as the ones in ancient times) were all actually close encounters with aliens, or UFOs. Whatever the environment or circumstances, the visitation of winged messengers persists. Examples of gods who die and then return to life are most frequently derived from Ancient Near East religions, and practices inspired by them include Biblical and Greco-Roman myths and Christianity by extension. The archetype’s characteristics are that their birth is announced by a star, as children they teach their teachers, they predict their death, and after their death they return.

The Middle Eastern dying gods are normally searched for and resurrected or restored by their wives or sister. It has been hypothesized that religion fills a void, and that we created it to help us feel more secure and safe in a world that seemingly delivers more questions than answers. Renditions of the myth of a worldwide flood, or deluge, are found the world over. Typically they agree that the entire world was inundated, that the event (though foreseen) was sudden, and that the few survivors built arks, rafts or other vessels having been warned by God (or the gods). The best known account is the biblical story of Noah.

The corresponding themes are global – arks and rafts are mostly built on high ground, and sin caused the flood. Just as odd is the wide agreement about the details (such as the size of the raindrops and hailstones, as well as the heat of the deluge). From Deucalion and Pyrrha in Greek mythology to Pralaya in Hinduism and Belgermir in Northern mythology, today it is widely believed that the global Flood was not a mythic but an actual historic event. There are normally two varieties of megalithic myths: first the myths of the builders/designers’ mysterious and supernatural powers, and second about the mystical or magical properties of the stones. Great Britain and Egypt are hosts to the most famous ones but they can be found the world over.

Having been associated with healing, fertility, giants, and the devil, the renewed interest came about when science stepped in. It became clear these stones worked as giant calendars, with individual stones marking seasons or the movement of the sun and the moon. The most interesting speculation about them came from a man called Paul Devereux, he claimed that UFOs are terrestrial emanations connected with faults in the megalithic system and that they access our brains directly as they are electromagnetic. Beliefs in omens, events, or objects that forewarn us about good or evil that may be coming our way have existed since time immemorial. The Druids sought omens in the flight of birds and in Ireland each sound, position, or movement of domesticated ravens has a different connotation. Omens are also drawn by different cultures from the direction of flames, the howling of dogs, shapes of tree-roots, the state of entrails, and even from the way sandals fall when they are tossed.

At the heart of these myths is the view that everything interconnects. Jung reasoned that the collective unconscious knows all things – implying that the view may not be that absurd. There are three basic questions when it comes to how the Earth, cosmos, and all life were created. How did something come from nothing? How was it created and how did the natural order of all minerals, plants, animals, and human kingdoms come to be? Theories range from the modern “Big Bang” to the older and even ancient approaches.

In most myths, the elements are favored – claiming that air, wind, fire, and sometimes vibrations caused all things to be. Another very common theme is the “World Tree” creation legends that can be found from Africa to Tonga. These are normally rooted in Paradise and all life springs from it, or it can be linked with dimensions and various created worlds. The most subtle myths imply that there is no beginning and no end, that everything is in balance, and that all is as it should be. In all quarters of the world, the individual soul/spirit is believed to survive death. This belief goes back to as early as 80,000 BC, as Neanderthal burials would suggest that they, too, prepared for the afterlife. From the Christian beliefs of Heaven and Hell, to the Tibetan Book of the Dead that advises the newly-dead how to avoid rebirth, the belief remains despite lack of proof.

Many interesting theories exist apart from the religious views on what happens to the soul after a person dies. Edmund Fournier d’Albe was one of the first researchers that came up with an afterlife hypothesis, claiming that one’s soul leaves the body after death and lives off ultraviolet rays from the sun in another realm of the Earth’s atmosphere. Others say that the soul will find itself in a dream world or simply that only the mind will live on, becoming part of the collective consciousness.