Please note that I wrote this book  in the mid-1980’s (before updating it).

The Space Family McKinney continues to explore the “NEWFOUNDLANDER”.

In one such alleged crewman quarters, Sampson, going on the assumption that no harm could come out of testing switches or push-buttons in the privacy of one’s own room, decides to do just that. There is a lighted checkerboard panel on a wall, right next where one would sit and well — not work, so this would be the time to experiment.

He chooses two such buttons to push, one colored black-hole-blue, and the other galaxy-green. Seconds later, there happens a fanciful flickering light in combination with a whimsical whoosh; a small opening opens to reveal a sippy cup type container filled with some sort of liquid.

Celeste watches her husband’s foray into technical tryouts, shrugging as he removes the vessel from the alien cube, “It’s your hand dear.” The opening closes as soon as the sippy and its clear fluid is removed.

Evidently the liquid is meant to be consumed, yet this is no time to be reckless even though thirst and hunger are high on the list in the unenviable sport of survival. So instead of two gulps and hope for the best, Sam uses the same versatile sampling device he used to analyze the air, in order to break down the elemental composition of the benign smelling liquid.

“What do they add to it to make it smell so inviting; there must be more to it,” armed with the crave-driven sagacity of a pregnant lady.

“Purified water, magnesium sulfate, potassium chloride and a negligible amount of sodium minerals,” he specifies. “The nutrition label reads: CRISP, FRESH TASTE, FILTERED THROUGH a STATE-OF-THE-ART PURIFICATION SYSTEM AND ENHANCED WITH MINERALS FOR a PURE, FRESH TASTE THAT CAN’T BE BEAT.”

“You made that up, you can’t read

{bottoms up you chicken},,” translates to bottoms up. He lifts the liquescence to his tentative lips? bravely?, partaking in the alien brew. It is on the warm side, though the container remains at the ambient room temperature of 820 F, as long as it doesn’t burn on the way down.

{Try some} {try some},” he submits it to Celeste for her assessment.

“Not bad, but lay off speaking in

{Newfoundlian} . I can’t read your lips.” 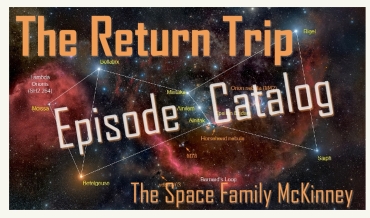