…“Don’t get too close Sam!” a strange mist emanates out 3-dimensionally, swirling and pulsating as if dancing to music…

The “thingy” inadvertently drops to the deck of the engine room from waist level.

Bboinnngggg…… tool and floor combine to fashion a perfect key of A. “Oops.” The pitch did not startle the pair, as they turn to nose around elsewhere… though the humming noise that followed, after taking a half-dozen steps, does.

They freeze in their tracks, turning slowly, very slowly to take a peek. A panel, on one side of the upper cone opens, which by itself is fortuitous, paling in comparison to what it reveals.

“Don’t get too close Sam!” at a comfortable distance, from back at the entrance, a strange mist emanates out 3-dimensionally, swirling and pulsating as if dancing to music. The cloud sinks to waist height; neck high for the Newfoundlians as if a whirlpool in slow motion. All they can do is stand perfectly still and hope it is no

more lethal than the air, the water or the food…. it isn’t, it doesn’t, it won’t.

Hand-in-hand they begin walking through the haze to its source, like bugs to a light. This is the very essence of why man on Earth decided to venture out into space. Detractors call it expansionism, minimalists call it greed but above all, a spade must be called a spade; the desire to see what is on the other side, whether it be a mountain or a faraway star.

Two sets of eyes wide open, stare into the mouth of a yawning abyss, the 5′ x 8′ unknown – looking more like the edge of eternity. If they had not been here to see it in person, it may well have been an artist’ rendering or cinematographers’ CGI masterpiece. 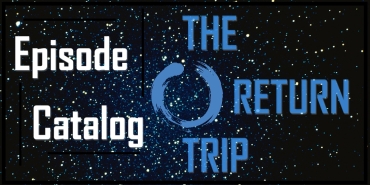