…you have seen what these people are capable of, so do not underestimate their reach or cunning… 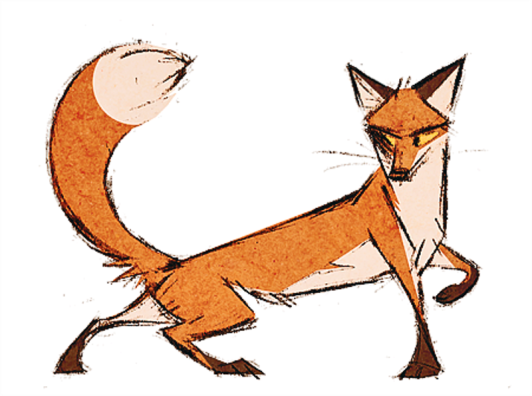 Cunning by Skia on DeviantArt.com

“In opening, my only question for you is, did you recognize the man who shot you?” asks the Man in Black

That is a stupid question from someone who should already know the answer,

considering that the hail of bullets sailed through the closed door of the lavatory, while the victim was seated on the stainless steel pedestal.

“Was there anyone on your flight who looked familiar to you, suspicious or otherwise?”

“I did recognize that pop singer my daughters are so crazy for, the one that has all those tattoos…”

When a bad-guy can board an international flight with a weapon and a covert agency of the USA cannot identify him, it is an insecure feeling.

It is obvious that neither Afridi nor his family can be of any help, at least for the Man in Black. He motions to the other non-family interested party, who has her own set of questions.

“My name is Sandi Gilbert, a close associate of Roy Crippen, here at Lovell and at Galveston and we would like for you to tell us about the revelation you flew all this way to share.”

Lieutenant II Gilbert has been leading the Incident Audit Team {Space Colony 1.20.2030} from the beginning and the older sister of KHST’s NASA Expert Randi Gilbert. All the evidence supporting the accidental destruction of the Mars orbiting Colony has been peeling away, one pungent layer at a time. Unlike the Space Shuttle Challenger that exploded on a frosty Florida morning in 1986 or Shuttle Columbia’s re-entry miscalculation in 2003, both of which happened with wide-eyed witnesses in Earth’s atmosphere Space Colony 1 disappeared into the abyss of space, without Earthly observation. NASA has been out of the disaster business since the funding drought began in 2009 and the Mars mission inception a decade ago.

Aldona Afridi is shell-shocked, both literally and figuratively. What an odd path:

Not a bad month’s work for someone who isn’t employed by anyone in particular.

“You may want to check the flight path of Sang-Ashi. It was never intended to continue on out of the solar system. I believe it used Mars gravity to slingshot itself back in the direction of Earth.”

“I’m still not sure what that has to do with NASA or you ignoring a global manhunt to speak to someone,” Lt. Gilbert is trying to blend compassion with curiosity.

“You have a rescue mission underway, do you not?”

“The New Mayflower is on its way; yes that is no secret?”

“You would be well advised to compare the flight paths of your Mayflower and the Sang-Ashi probe.”

“NASA can do that Mr. Afridi, especially since a security breach was uncovered in the Mission protocols.”

“Then you have seen what these people are capable of. Do not underestimate their reach or cunning.”

“Thank you for noticing… now can I see my family?” —

— Some lessons can only be learned the hard way and for NASA, a non-warring agency of peaceful exploration, it is difficult to shift mental philosophies mid-mission.