…In the earnestness of the moment, Skaldic inadvertently runs his hand across one of the instrument panels…

The timestem on the replay screen then advances in increment of cycles, while Skaldic

considers the possibilities. In a short while, he glances back at the monitor, where he witnesses the cinematic version of Defender’s previous escape from this very Expository.

He turns to his 2nd, his most trusted compatriot, Offingga, who for better or worse happens to be a female of the Null variety. “Did you see that, Offingga?”

“It appears that one of these ships has gone off-world.” None Null has ever gotten a close look at this spaceship museum of sort.

Skaldic has studied all he could about it. He has also paid attention to the rumor that some aliens had stowed away on that fifth starship on the right. The legend of the Explorer {NEWFOUNDLANDER} bounces off the lofty towers of Eridanus. It has always fascinated him, yet the facts are illusive.

“It may take one-quarter of a cycle, but I think we should do a census of the Gifted. Perhaps one or more of them may be on the ship they call Defender.”

“They will not be going anywhere,” Offingga fails to connect the dots.

“If there is a Gifted who was spared the light, we must know. If it is the strangers of

which I have heard, we should know that as well. It would take me one hundred cycles to learn how to make one of these ships fly.” Skaldic is seriously solemn in resolve. “We are currently the hope for all of Eridanus.”

In his earnestness, he inadvertently runs his hand across one of the instrument panels.

“I’m receiving a signal from home,” Sampson formerly of Earth, must be confused. Home is where your heart resides. “I mean Eridanus guys… don’t mean to confuse anyone.”

The collection of explorers from Eridanus has decided to stay aboard what they know {Defender} as opposed to what they do not {Seljuk home world}, for now.

Cerella is the one with the most at stake on this mission: Ekcello is her father. Her father, her people are out-of-order. If they have snapped out of their funk, that would be the best news. She rushes to the communication area to lend her translation skill.

She is disappointed and shows it.

“This comes from the Spaceflight Expository. It looks like device-to-device nonsense.”

“Wait a minute Cerella. It may be garbled, but wouldn’t someone have had to initiate it?” Celeste asks a pertinent question.

Cerella goes to doing what she does best – she thinks.

“On the off-chance that it’s intergalactic crapola, why not return the signal, just in case.”

Sampson is an expert in dispensing crapola. “And why not make it an audio daily-double?”

“I will do that Sammy Mac.” She is fond of the Earthiest man she knows. She has even learned the subtlety of his euphemisms.

In a fashion all her own, she fires back the following: # DEFENDER RESPONDING ERIDANUS#

It is all Greek to Sam. After several minutes, “It must have been nothing after all.” — 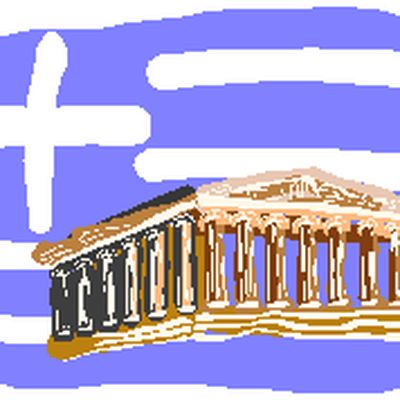 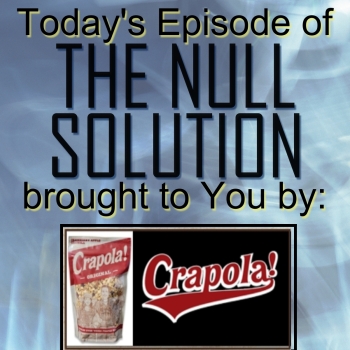 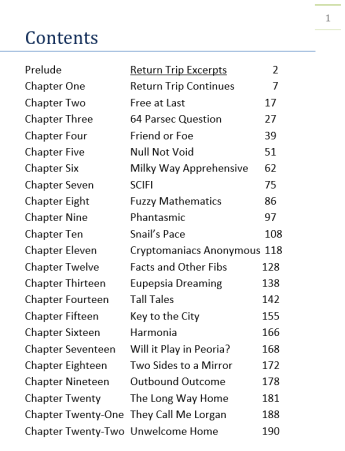