…There was supposed to be a small colony on Mars, not a freaking skyscraper…

‘I want to see what Tycho looks like after all these years,” Sam suggests.

As soon as they can sync the viewer with the geographical location of the Plain of Xanthe, it is clear that the neighborhood has changed. Not only are there clouds and

oceans and vegetation, there is a towering structure dwarfing the tiny lander that once called Space Colony 1 its home base.

Sampson McKinney, formerly of Earth, Mars and now Eridanus, is as confused as his the Null next to him, “I thought you told me this planet was barren.”

“It was when I left,” he claims. He has to wonder why Celeste did not leave a clue about her hyperphysical trip back. Surely Crip would have mentioned a little thing like a colony on Mars. A friendly heads-up would have been nice.

Sure as Mars soil is red, a mile-high colossus rises up on the spot where humans once tread.

“Something like that would take centuries for Earth to build. There was supposed to be a small colony on Mars, not a freaking skyscraper. I wonder if the Chinese are responsible, they have always had money to burn?” He contemplates possible explanations.

Just as they get close enough to magnify their view, something strange, yet familiar pops into the scene.

“0” Skaldic has seen it before and so has Sampson, if only for seconds at a time.

Reliably so, it gives off a reflection.

“Why doesn’t that surprise me? I saw that thing over Selljunk way.”

“I saw it out by our olde home world,” to each his own.

The recent visitors to the vicinity have stopped watching where they were going. The planned descent to the surface is met with a blinding rebuke.

The next thing you know, they are found back in Eridanus orbit; SNAP!

“Holy crap!” After recovering from unconsciousness, Sampson has his say.

Skaldic points to the same viewscreen that recently held pixels of the New Mars. It reads instead:

The Null runs the riddle past a comprehensive Eridanian database. It does not compute.

The Earthling utilizes an Earthly version, with the same results.

Nothing about the last few moments seems to add up.

are a full 180° off course, emptyhanded and confused.”

“That is not all Sampson McKinney.” 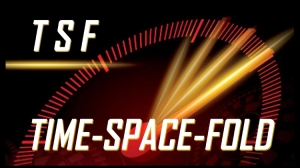 “The TSF drive is unavailable.”

“Swell. You can add going nowhere fast to the list.” 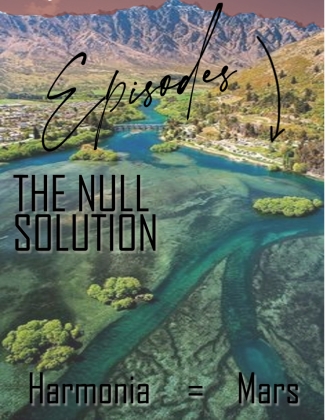