…Now that’s what I want to hear… enthusiasm – enthusiasm…

“Is this a repeat of what went on in the 20-teens? Feed the people and starve the space program, how shortsighted is that? Yeah, let’s try to privatize space again, we all know how that turned out; that’s like sending out Christopher Columbus with two dinghies and a canoe. By the time they get done with the Washington push-pull, a Martian colony will not be feasible, hell then we might as well shoot for the stars.”

“Not necessarily Roy, they (the McKinneys) could be debriefed en route from Mars and we could have the main body completed by then; no reason we couldn’t have #2 in place 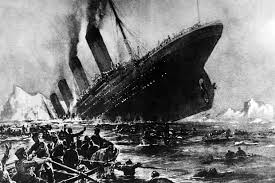 “A year behind schedule and not manned by our 1st string people!” Crip’s biorhythm readings are lowered to somewhere between Custer at Little Bighorn and the Captain of the Titanic; surrounded by 2000 fighting Indians & the Promenade deck listing at 45º in the frigid waters of the North Atlantic.

“Maybe they are right Braden. We had a serious breach of security at the very least and when

the smoke clears from the inquiry, I will be working 2nd shift IT at an El Paso Automated Warehouse.”

“Look my friend, we are not going to let you anywhere near some half-baked witch-hunt, so I have a proposal,” Braden does what a friend does best; he tosses out a life preserver. “Come up to the Ranch (King) for a little R&R. I have a reluctant filly I’d like you to break.”

“That’s not in my wheelhouse right now. I would probably get thrown and break my back, neck,

and both arms trying to cushion the fall.”

“We will be expecting you on Wednesday the boys’ birthday bash and bring your bedroll.”

“Now that’s what I want to hear…enthusiasm — enthusiasm.”