…If the moon is made of Swiss cheese, the fabric of the Solar System is held together by Good & Plenty candy…

the taste of heaven by hannelin

— For a 24/7 operation the SOL hangar has to come to a complete standstill and it  is quite eerie.

Of the five human senses, Roy Crippen is prepared to utilize all of them. He prowls around Stellar Explorer without an agenda; stalking it, sizing it up without outside distraction.

The first thing he detects is the “smell of space”, the real smells of reinforced titanium having sliced through zero-gravity at 3x SOL. He talks to himself, ‘So that is how dark-matter smells.’ Just what that odor resembles resists tagging, but he’ll tuck it away for

As he approaches the crew ladder, it finally hits him, “Licorice,” he concludes. If the moon is made of Swiss cheese, the fabric of the Solar System is held together by Good & Plenty candy.

He climbs the stairs as if they will crumble under his 200 lbs. Each of the 15 rungs holds-up reliably so, though the squeaking from his rubber-soled shoes seems out of place. When his eye level reaches floor height, rather his nose, he detects the faint smell

of cologne strikes him, as does the fact that Gus McKinney doesn’t use fragrance. Deke McKinney does – “Giorgio Armani.” He should recognize it since it was his Christmas gift to the elder stepson.

It is amazing what a person can sense when they filter out the unnecessary noise.

Once inside the fairly cramped crew cabin, there is a faint zephyr that seems to pass thru his thinning white hair. Out of the corner of his eye he is positive he saw an opaque flash.

#What can I leave in the cabin to reassure our friend# asks Celeste of Ekcello.

The CSI-Galveston investigator freezes. Just like the smells of licorice and Armani, this barely audible note has a familiar ring to it. Five minutes later it comes to him, albeit dubious, “Celeste?”

It has been over twenty years since he had heard that voice; the day in 2030 when she and Sampson McKinney announced that they were departing Space Colony 1, which would be for the final time.

On top of that, he remembers what Gus had told him about the final seconds of his mission recollection, that Deke said he saw something or other of their mother.

Out of the blue, an aura of peace comes over Roy Crippen, much like that exhibited by a suddenly fully orphaned Gus McKinney.

#That is sufficient Celeste McKinney. We must vacate this timestem# 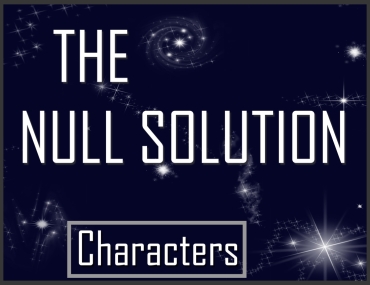 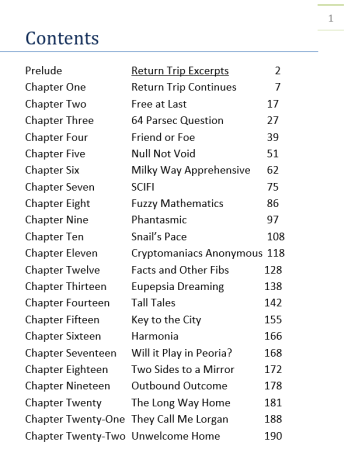