Pony up Readers pointed out that a number of competing theories exist for why pony should have become associated with money. We may disregard the one that says £25 was the cost of a small horse in the eighteenth century, as that would have been a hugely inflated price. David Coe reminded me of the widely believed story that it derives from the days of the Raj, when the 25-rupee Indian banknote was said to have had a picture of a horse on it. Nobody, so far as I know, has ever found an example of such a note. (The same applies to monkey, slang for £500, which is said to have derived from the 500-rupee note.)

Amy Livingston mentioned another story, that pony is a shortened form of the Latin words legem pone (in the second, the vowels are roughly as in English hot and met), the first two words of the fifth part of Psalm 119. Its first line is “Legem pone mihi Domine viam iustificationum tuarum” (“Teach me, O Lord, the way of thy statutes”). The Oxford English Dictionary says that this used to begin the psalms at Matins on the 25th day of the month. It became linked in particular with 25 March, the first quarter day of the year, and hence to the settlement of debts. The OED adds that it became used “as an allusive expression for payment of money or cash down”. It appears for the first time in Thomas Tusser’s A Hundreth Good Pointes of Husbandry of 1570. The OED has no citations after 1694, which is a century before pony starts to be recorded in its monetary sense. Caution is needed because of the gap, but as pone was said very much like pony, the abbreviation of legem pone followed by creation of the noun and verb seem so probable as to be almost inevitable. It’s notable that in many of the early examples the word is spelled poney, implying that its users knew it was not the same word as pony.

This may have blended with the idea of a pony being a small horse and by extension a small amount of anything. This can be traced back to the early eighteenth century, when pony is first recorded in the sense of a small measure of alcohol. This sense is still known. Walter Frank pointed out: “in Australia a pony of beer is the smallest measure available.” Larry Larson wrote, “A quarter-size keg of beer is referred to as a pony keg in the US.”

Further to my mention of Spanish as a slang term for money, Nick Humez commented, “The shortage of hard currency in the American colonies during the seventeenth and eighteenth centuries was so acute that Spanish dollars (8-real coins) circulated, many of them booty from privateering, and were widely used in lieu of, and even in preference to, British money. If so, there may be even earlier attestations for Spanish than Grose awaiting discovery on both sides of the pond.” Emery Fletcher added, “I think you’ll find that in the US, actual Spanish-coined silver dollars were in use as late as the last decades of the nineteenth century, possibly even more recently in the Southwest. Around here in New Mexico, pony up the Spanish might have sounded contemporary into the 1940s.”

This is mere inclination, a wish or desire that lacks the strength to overcome personal inertia. It is the ultimate inaction, far more so than procrastination, which is merely the postponement of action you know to be necessary. If you make a new year’s resolution to get fit but never even look into joining a gym, that’s velleity. If a notion to write a novel intrigues you, but you do nothing about it, that’s velleity.

Congress often contents itself with enacting “velleities” such as the wish in the 900-page Dodd-Frank financial reform act that “all consumers have access to markets for consumer financial products and services … (that are) fair, transparent, and competitive.”
The Virginian-Pilot, 7 Jun. 2012.

If the wish is father to the deed then velleity is childless. It is the impotent relative of volition, using one’s will. Surprisingly for two near opposites, velleity and volition share an origin. Both are from the Latin irregular verb velle, to will or wish, though volition comes directly from volo, I wish. The English word benevolent is from the same verb, literally well-wishing.

You’ll not find it much used, as it’s restricted to those with large vocabularies or the readiness to browse the less travelled pages of dictionaries.

Q From Gordon Keen: I am all agog to discover the derivation of agog.

It comes, like much of our language, from French. Middle French had gogue, entertainment, fun or amusement. From this developed en gogues, in good humour. English took it in and gave it a home, but changed the first element to on and then to a-, at the same time shortening the unpronounced ending.

It’s not a word that many people know or use. Standard dictionaries say it has the sense that you’re using — eager or curious to hear or see something. All agog (“I was all agog to discover who the new Dr Who would be”) has an air of bouncy immature anticipation about it that makes it difficult to use in serious contexts. 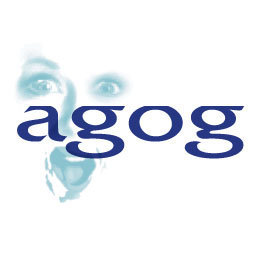 Looking around, I discovered that because it is uncommon but rather a fun word to throw out, agog is having serious identity issues. Typical of recent usage was a headline in the Irish Times in 2011, “Americans left agog at confused cruelty of Irish abortion law”. To me, agog can’t mean “astonished”, but its entry in the Oxford English Dictionary, revised in 2012, says it now can. There’s also the alliterative compound agog and aghast, or aghast and agog, which seems destined to become a set phrase:

The discovery that Frankie Dettori had failed a drugs test, at Longchamp in September, left his peers agog and aghast.
The Independent, 15 Nov 2012.

This feels quite wrong — agog for me lacks the implications of shock and horror that accompany aghast. Might its users have been confusing it with goggle?

Incidentally, a related Middle French form was à gogo, uninhibitedly or joyfully, probably formed from gogue by reduplication. This is still in the language and appeared in Paris in 1952 in the name of the nightclub and pioneering discotheque called the Whisky à Gogo (that is, Whisky Galore, presumably from the film of the book of the same title by Compton Mackenzie). The entertainment format became fashionable and it and the name were brought into English, leading to the modified version a-go-go appearing all over the place during the 1960s as a fashionable creation.

• “A nice homonym appeared in the Express and Star of Wolverhampton on 2 August,” Alan Harrison reported. “The valuables stolen in a burglary included a ‘cygnet ring’.”

• A story of 2 August in the Press-Telegram of Long Beach, California about a sandwich contest at a market caught the eye of Kitty Fries: “Janet Swenson, a 52-year-old resident of Fallbrook, brought a filet mignon goat cheese sandwich to the table. ‘It’s something you can drink with a beer or cabernet,’ Swenson said.”

• Jane Irish Nelson came across this sentence in Murder for Choir by Joelle Charbonneau (in which Killer is a poodle): “Killer gave the officers the evil eye as they walked past him gnawing on a doughnut-shaped rawhide.”

• Peter Mortimer found this cricket report on the BBC website on 3 August: “On three occasions, thick inside edges avoided the stumps and raced to the fence, while a brace of airy heaves into the leg side somehow dissected the outfielders.”