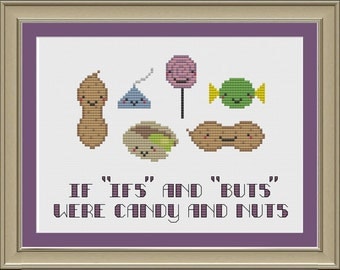 …Four armed guards charge out of the left-hinged gate, the one in the lead asking, “Are you Aldona Afridi?”…

All in all, Afridi has time to loosen the noose around his neck, having left the hardest roads behind. That he lives to tell the tale is testimony to his firm resolve and evidence of his good fortune.

The homemade taxi pulls up to the gates of the Ahmet Mosque, tall and unwelcoming. Four armed guards

charge out of the left-hinged gate, the one in the lead asking, “Are you Aldona Afridi?”

“I didn’t know what he was up to, I swear,” pleads the spineless driver, once an ally.

“Not you Cabbie! We are from the American Consulate, called here by your wife, she told us you would be coming.” Those are Marine uniformed men. “Pull that hunk of junk into that garage and leave the keys with the Sergeant.”

Naturally they comply, while being led inside, then left alone. The young Turk comments, “Whoever you are or whatever you know, I am impressed Saied.”

He needs to fill in the gaping blanks, “My name is Aldona Afridi and my wife Fatima and my two daughters are probably inside somewhere.”

“And mine is Mehmet Ali Erim,” they embrace like old friends. “I own a taxi, what do you do?”

“I am a scientist not a criminal, and there evil men chasing me!”

“I am intrigued, but not surprised Saied Al. You act like a man with a scorpion in your pants.”

“Do not tell Mr. Erim anything else,” the embassy guards warn.

“They know my name!”

“They may have been listening when you introduced yourself,” Afridi remarks, being the “seasoned spy” that he has become.

They are escorted into the catacombs of the 3rd Century structure and shown separate rooms. The two shake hands, not knowing what the future holds.

Mehmet Ali Erim is briefly debriefed as a precaution and released to the streets and his next fare.

Aldona Afridi is grilled on a number of subjects, none of which mention his defection, so it is he who asks, “May I see my family and when can I speak to someone about the Space Colony?”

The team of inquisitors is headed by Elliot Deming, Consulate General of the Turkish delegation based in Ankara. The very tall middle-aged American political appointee paces in front of Aldona, knowing that he has not heard the whole story. “The Ambassador to Turkey is scheduled to arrive in another hour. We cannot move on your wife’s suspicious information until the Ambassador personally speaks with the United States Secretary of State.”

“What I have to say cannot wait… I would not have risked my family’s lives for anything less!”

“We have to fully vet your story, I hope you understand?”

“No I do not.” This is no time for governmental red tape. He hangs his weary and exasperated head.