…“Curtis, is that you? What did you see?” Curtis did not answer the doctor’s question because he did not know what he saw…

“Don’t you be fretting’ Miss Edwina, I’ll go around back.” Curtis knows these grounds like the back of his hand and he knows Doc never locks the back door while somebody is in the building. He happens upon nurse Lilly, who is wrapping something in a small bag. Doc Campbell pokes his head out of the door.

“Put that in the cooler with the others fetuses. We’ll take care of them tomorrow.” He is startled by a glimpse of his driver, just ten feet away. “Curtis, is that you? What did you see?”

“Miss Edwina Stevens is out front, she hurt her leg bad.” Curtis did not answer the doctor’s question because he did not know what he saw.

“I’ll be out there quick.” A.O. turns to whisper to Lilly, “You finish packing Missy, oh and unlock the front door.” He then runs to the front of the clinic, bloodstained white lab coat and all.

“Help me get her a wheel chair, Curtis; it looks like her ankle is broke.”

“The door is locked, Doc,” he says while A.O. proves him wrong.

“Take her Room 2, Curtis; she will be spendin’ the night.” He turns edgily toward his wife’s friend, whose brittle old bones are giving out one after another.  “I will be in to put a splint on your ankle in a minute, Edwina. Take two of these for now.”

The doctor heads down the hall toward the back. His other patient is waiting for the final touches to the procedure that ended her baby’s short life. The grief she is beginning to feel, will shift to unwelcome baggage, uncomfortable feelings that she will carry around, like a ball and chain for the rest of her life. 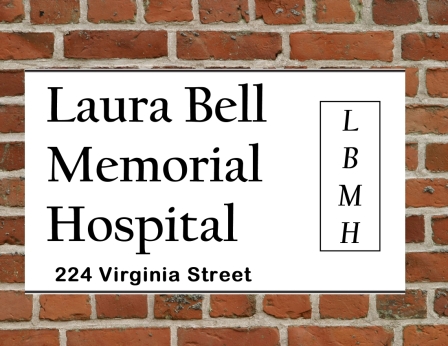