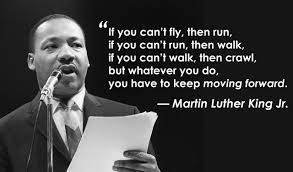 WASHINGTON — Tens of thousands of people marched to the Martin Luther King Jr. Memorial and down the National Mall on Saturday, commemorating the 50th anniversary of King’s famous speech and pledging that his dream includes equality for gays, Latinos, the poor and the disabled.

The event was an homage to a generation of activists that endured fire hoses, police abuse and indignities to demand equality for African Americans. But there was a strong theme of unfinished business.

“This is not the time for nostalgic commemoration,” said Martin Luther King III, the oldest son of the slain civil rights leader. “Nor is this the time for self-congratulatory celebration. The task is not done. The journey is not complete. We can and we must do more.”

Eric Holder, the nation’s first black attorney general, said he would not be in office, nor would Barack Obama be president, without those who marched.

“They marched in spite of animosity, oppression and brutality because they believed in the greatness of what this nation could become and despaired of the founding promises not kept,” Holder said.

Holder mentioned gays and Latinos, women and the disabled as those who had yet to fully realize the Rev. Martin Luther King Jr.’s dream. Others in the crowd advocated organized labor, voting rights, revamping immigration policies and access to local post offices.

Rep. John Lewis, D-Ga., the only surviving speaker from the 1963 March on Washington, railed against a recent Supreme Court decision that effectively erased a key anti-discrimination provision of the Voting Rights Act. Lewis was a leader of a 1965 march, where police beat and gassed marchers who demanded access to voting booths.

Organizers expected about 100,000 people to participate in the event, the precursor to the actual anniversary of the Aug. 28, 1963, march that drew some 250,000 to the National Mall and ushered in the idea of massive, nonviolent demonstrations.

Marchers began arriving early Saturday, many staking out their spots as the sun rose in a clear sky over the Capitol. By midday, tens of thousands had gathered on the National Mall.

Lynda Chambers, 58, gave up a day’s pay to attend because her retail job does not provide paid vacation. Even as a 7-year-old at the time of the original march, she felt alienated and deprived of her rights. Remembering those feelings, she said, she was compelled to make the trip Saturday.

“I wanted to have some sort of connection to what I have always known, as far as being a black person,” she said.

Longtime activist Al Sharpton, now a MSNBC host, implored young black men to respect women and reminded them that two of the leading figures in the civil rights movement of the 1960s were women.

Speakers frequently mentioned persistent high unemployment among blacks, which is about twice that of white Americans, and the acquittal of George Zimmerman for the shooting death of unarmed black teenager Trayvon Martin in Florida. Along the Mall, Martin’s picture was nearly as ubiquitous as King’s.

Nancy Norman, of Seattle, said she was disappointed more people who look like her had not attended. She is white. But the 58-year-old she said she was glad to hear climate change discussed alongside voting rights.

“I’m the kind of person who thinks all of those things are interconnected. Climate change is at the top of my list,” Norman said. “I don’t think it’s one we can set aside for any other discussion.”

Those in attendance arrived in a post-9/11 Washington that was very different from the one civil rights leaders visited in 1963.

Then, people crowded the steps of the Lincoln Memorial and could get close to King to hear his “I Have a Dream” speech. Saturday’s speakers were also on the memorial’s steps, but metal barriers kept people away from the reflecting pool and only a small group of attendees was allowed near the memorial Saturday.

There was a media area and VIP seating. Everyone else had been pushed back and watched and listened to the speeches on big-screen televisions. Police were stationed atop the Lincoln Memorial. After the speeches, marchers walked from there, past the King Memorial, then down the National Mall to the Washington Monument, a distance of just over a mile.

On the day of the anniversary, President Barack Obama will speak from the steps of the Lincoln Memorial. He will be joined by former Presidents Bill Clinton and Jimmy Carter. Churches and groups have been asked to ring bells at 3 p.m. Wednesday, marking the exact time King spoke.

Joseph Lowery, who founded the Southern Christian Leadership Conference along with King, urged the crowd to continue working for King’s ideals.

“To cheapen the lives of any group of men, cheapens the lives of all men, even our own. This is a law of human psychology, or human nature. And it will not be repealed by our wishes, nor will it be merciful to our blindness.”
― William Pickens

“In the end we will remember not the words of our enemies…but the silence of our friends. 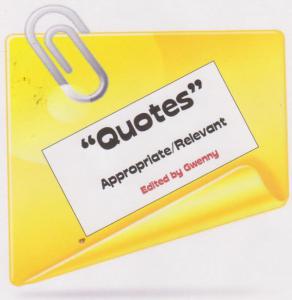