…R.W. Moore and Fanny’s perplexity and confusion is shared by the other Libbyites, subjected to similar horrible alternate worlds…

“Good morning sleepyhead,” Worth Moore is soliciting a response while he splashes water on his face from the washbasin. With the power grid tampered and terminated, the hotel where he is staying does not have a generator, so the only available alarm clock is the bright light of the new day. Fanny is sleeping in the other room, rolled up in her king-sized sheets, looking as if a cement mixer tossed her around. 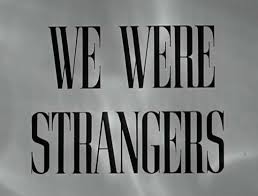 She is slow to regain her bearings, scratching her head, “I had the strangest dream. Connie and me were back in Tallahassee, like sometime before Christmas. But when I saw you walking down Tennessee Street, you acted like you never met me before, like I was a total stranger.”

He is taken aback by her unsolicited comment, admitting, “I had a similar dream, only you did recognized me. But you told me that you didn’t want anything to do with men anymore… particularly me, because you found out that I was already married.”

“You aren’t, are you?” Any confusion can be attributed to a night jam-packed with

infiltrated thoughts. As untrue as they may seem, the hallucinations are eerily real.

“I guarantee you that I am an honorable Southern Gentleman with the sincerest of purposes, Fanny Renwick. How could you doubt me?”

“After the past 3 months, I don’t know what to think.” Kidnapped, lost in a town without pity, wrongly accused of vehicular manslaughter, hospitalized and now this; her issue is what?

Their perplexity and confusion is shared by the other Libbyites, who as a group are subjected to similar horrible alternate worlds and nefarious nuisances as the other run-of-the-mill crusaders.

His dream of grandeur is interrupted by murkily black figure presenting him with a pointed proposition, “You can have all of this Eddie, the fame, the adoration of your cousins, you’ll never have to pay for another beer the rest of your life,” his arms extend out for yards revealing a collage of enticing scenes, all for the gratification of a deficient human

“What do you ask in return for all these things?” There must be a price to pay, right?

“You will be transported back in time, before the end of the war,” one of Pentateuch’s beloved achievements (Adolf Hitler), “where you will live out a hero’s existence. All of the present day will not happen, no taxi driving around rude people, and no need of bragging or telling tales, no nagging feelings of inferiority.”

Then the other shoe drops.

“But I do require one thing… the mortal soul that you have been given.”

“My soul,” Eddie shivers in the presence of one so powerful.

“Yes, your soul, handed over for my keeping. I NEED TO KNOW NOW, Eddie Dombroski, are you with me or against me!?”

Before he is able to answer that weighty pronouncement, Eddie is violently shaken by

his Mrs. Dombroski (Edie), who was wondering why her husband is wandering around the house sleepwalking.

In an instant, he remembers what he had been dreaming and it is disconcerting. He feels like he has been snatched from the jaws of a hungry predator, just short of becoming a meal.

“I must have been hungry,” he replies, knowing that he won’t be sharing this apparition any time, with any one soon.

***REMEMBER THIS WAS A DREAM SEQUENCE***

On the way back to the U of C, the CCPI band of characters…

… make an unscheduled stop on their tour. Perhaps a

stop at Argonne will give Libby a jump start.

O contraire. It turns out to be the trigger mechanism for his stillness, causing the incapacitated man to shrink even further into reclusion. Some memories must be too traumatic to overcome.

Just how much of the ordeal does he recall, or when/where is the moment of his last mental connection to the real world? He definitely has a story to tell, merely lacking the mechanism to deliver it. He has no words to put together either oral or written, to expose that 2 ton elephant in the room.