…Well, you may have your own airplane, but you’re no Fanny…

Mrs. Dombroski puts an end to Eddie’s Story Time. She has had enough warning of coming visitors that this goodhearted woman has prepared a home-cooked feast worthy

of the Thanksgiving-type occasion. They are ushered into the dining area, the largest room in their Burnside Bungalow.

Eddie insists on being caught up on the recent goings-on of the Libby team, of which Ajax Bannion is now a part. He hears of further encounters with eerily unexplained episodes, raising goose bumps on his arms, having had his own close encounter not all that long ago. Those phantom structures and such are becoming the norm.

Of greater concern is the near loss of life from those nearest the investigation. He puts on 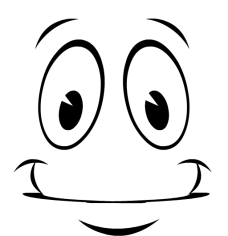 a brave face about the present danger, but Constance reminds him that he was not a target, at risk because of his reckless actions. With him back in Englewood and Libby lying low in Hyde Park, things should settle down.

But it is obvious that Connie is still jacked about their adventure, going on and on about the Italian Connection from which they just returned. Like never before, civilian air travel has changed the way they can view the world and the relative immediacy of navigating the 10,000 mile, 2 and a half day roundtrip is graphic proof. In times past, it would have been three weeks on a slow boat to cross the big pond.

“Well, you may have your own airplane, but you’re no Fanny,” Eddie speaks at Ace, being Fanny’s biggest fan. “That girl has a nose for trouble.”

“Don’t you pay any mind to that dirty old man! He has a huge crush on her.” Edie D. is a reality rock for her chatty cabby, not unaware of her husband’s fascination with an adventurous lure. It makes her feel like a real frump in comparison, but only for small bursts. He is married to her after all.

“CC needed a hand and I was glad to help. We go way back,” Ace will likely be judged on his continuing body of work, as well as how he treats the other of “his” girls.

“You seem like a stand up guy there Ace. If Connie has taken a shine to you, you must be top shelf.”

“He is good people Ed,” the P.I. from Florida confirms.

The Eddie D. seal of approval is a dubious, obscure award.

…”I have slept for two weeks on a rock in a desert next to a scorpion before, so I think Martin’s leather sofa will do just fine.”

“On a horse with no name?” Connie shakes her head with doubt…

The second and last stop on Connie’s Chicago hit

parade is over in the neighborhood called Englewood. The Southside grouping of single-family homes and three-flats has recently seen a few black families sprinkle in, much to the chagrin of some, but not all.

Her mission is for Ace to meet his macho equal in Eddie Dombroski. Eddie is aware of her flying friend being just that, but will most certainly make a big deal about any possible romantic connection between them. She can 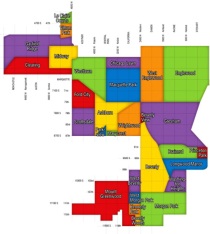 handle whatever Ace thinks about the topic, but how does she explain to Eddie, something she is so unsure of?

She decides not to borrow that brand of worry for now. There is plenty of that emotion that arrives unannounced – and it’s free.

And even though she has to do the driving, it is nice to have man around; great for opening

doors, fighting off bad guys, saying that you look good and buying lunches and dinners. She feels bad about stashing the poor guy on Martin’s couch, but Martin and William aren’t budging and her room was meant as a “girl’s” hangout.

“Get a room you two,” is Eddie’s advice upon hearing about Ace’s sleeping arrangement. “Or you could have our family room in the basement to yourself, seeing that you are such a gentleman. It has a fully stocked bar, a pinball machine and its own john.”

“Thank you for the offer Mr. Dombroski, but I have slept for two weeks on a rock in a desert next to a scorpion before, so I think Martin’s leather sofa will do just fine.”

“On a horse with no name?” Connie shakes her head with doubt at Ace’s sketchy association.

“Speaking of a desert, my Cousin Jimmy’s plane was shot down over Africa during

the war. The Desert Fox, you know Rommel’s men chased him into the Sahara and he was hold up in a cave for 10 months, surviving on stalactite water and mushrooms, with an occasional rodent or snake.”

“It seems both you and your cousins are excellent survivors.”

“We can thank our grandfather Stanislaw “Dogtags” Dombroski for that. He fought with the Polish in Poland during WWI.”

“That makes sense, heroes run in your family.”

Connie can only shake her head.