Pleasant gales. Following up the comment last week by Pat Spaeth about a poem with the line “A pleasant gale is on our lee”, arguing that there can be no such thing as a pleasant gale at sea, readers pointed out that the meaning of gale hasn’t always been the same as our modern one. The Oxford English Dictionary notes Dr Johnson’s definition, “a wind not tempestuous, but stronger than a breeze”, and records that in poetical language it could mean a gentle breeze.

Several readers mentioned a well-known example in Alexander Pope’s poem Summer: “Where-e’er you walk, cool gales shall fan the glade”. The OED also has several early examples in seafaring contexts of pleasant gale. In An Accidenc! e, a book for young seamen of 1626, John Smith gave a set of names for winds of increasing strength: “A calme, a brese, a fresh gayle, a pleasant gayle, a stiffe gayle”. John Robertson’s The Elements of Navigation of 1772 asserted that “A common brisk gale is about 15 miles an hour.” On the Beaufort scale, a moderate gale (force 7) is at least twice that speed and a whole gale (force 10) averages about 60 mph, which seems to confirm that a gale now blows more fiercely than it used to.

Blooper. As expected, readers corrected my knowledge of baseball. Professor Laurence Horn emailed from Yale: “Not to rub it in, but your modesty about your baseball expertise is, I fear, as well-deserved as it is becoming. A blooper (aka Texas leaguer) is not an embarrassing error for the fielders, or at least not necessarily.” Richard Hershberger explained, “It is a poorly hit weak fly ball that ordinarily would be easily caught, but through luck lands where no fielder can reach it. The embarrassment is to the batter, as nobody makes such a hit on purpose. The embarrassment is, however, considerably lessened by getting on base safely.”

Jeremy Shaw and Roger Johnson asked about the closely similar but independently created bloomer, known in Britain and Australia, though now rather dated. The evidence suggests that it appeared in Australia in the late nineteenth century as a contraction of blooming error, where blooming is a much older euphemism for bloody. Its earliest record is in the Dictionary of Slang, Jargon and Cant by Albert Barrère and Charles Godfrey Leland, published in Edinburgh in 1889. They say that it began as Australian prison slang.

Véraison. I made a minor blooper or bloomer myself last week by suggesting that the creation of véraison was influenced by raisin, grape. Readers told me that the word is indeed derived from the obsolete French verb vérir, as I explained, but by adding the agent suffix -aison. Any similarity to raisin is accidental.

Have you ever swum in the warm water of a lake in summer and found when treading water that your feet suddenly became uncomfortably cold? If so, you experienced something that limnologists, experts on lakes, describe by the rather splendid and poetic-sounding pair epilimnion and hypolimnion.

When the sun heats a smallish body of water, the topmost layer of water warms up, but because warm water is less dense than cold, it stays on top. That top area is the epilimnion. 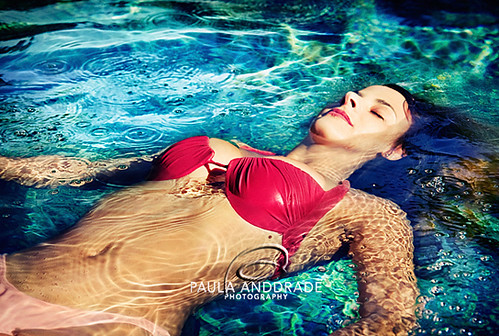 The cold water below it, which may not warm up much during the summer if the lake is at all deep, is the hypolimnion.

The root of both epilimnion and hypolimnion is the classical Greek limnion, the diminutive of limne, a lake. Limnologist and the subject of study, limnology, are very closely related — they derive from limne. Epi- is Greek for upon or above, while hypo- is from Greek hupo, under.

The epilimnion and hypolimnion are separated by a thinnish layer where the temperature drops quickly. You might guess this is sometimes called the metalimnion (Greek meta-, with or across), though it’s commonly referred to as the thermocline.

Most examples of epilimnion are in scientific contexts, though it also crops up very occasionally in SF:

The brown sphere was spotted after some days by a prowling ameba, quiescent in the eternal winter of the bottom. Down there the temperature was always an even 4°, no matter what the season, but it was unheard of that a spore should be found there while the high epilimnion was still warm and rich in oxygen.
Surface Tension, by James Blish, 1952.

Such odd. Much cute. So passing fad. The internet phenomenon of doge has been fashionable for some months now and has attracted the interest of linguists. It originally tagged pictures of the Japanese dog breed shiba inu (in multicoloured Comic Sans font), so the name is a deliberate misspelling of dog (no link with the one-time ruler of Venice; don’t ask how it’s said as wars have been started over less and the consensus seems to be “any way you want”). Doge pairs a modifier and a noun to create a dissonant phrase. The main doge modifiers are much, many, so, very, such, plus three words that can be used by themselves: wow, amaze and excite. Typical phrases are very eat, <em!>much grumpy, so trick, which usually have meaning only when written on a photo. But I found a retelling of Shakespeare’s Romeo and Juliet in doge, which begins:

What light. So breaks. Such east. Very sun. Wow, Juliet.
What Romeo. Such why. Very rose. Still rose.
Very balcony. Such climb.
Much love. So propose. Wow, marriage.

What interests linguists is that it’s much more than just bad English. It has a strict grammar that deliberately subverts the standard one. You have to have a sophisticated intuitive understanding of English to write good doge. A newbie user wrote “Much respect. So noble” and was immediately corrected because it was too conventional — it should be “Much noble. So respect.” An article in the Daily Telegraph in February was headlined, “Doge: such grammar. Very rules. Most linguistics. Wow”, which pretty much sums it up.

Barred entry. Angry items have appeared in British newspapers about the phenomenon of poor doors in London. The developers of blocks of luxury flats in the capital are required to set aside part for lower-income families, under the title of affordable housing. The press was commenting on the practice of providing separate entrances to such flats, without the reception and concierge facilities provided to richer tenants and even separating rubbish disposal and postal deliveries. The term poor doors, a neat rhyming construction, is said to have been coined in 2013 for the same phenomenon in New York.

Q From Peter Heimler: One word that has always puzzled me is nail. Why is the thing on the end of our fingers called the same as the thing that fixes wood together? It would end years of wondering if you would be so kind as to get to the bottom of this.

A The connection is ancient. It appears in one of the earliest documents in English, dating from the early eighth century.

The text, in the Parker Library at Corpus Christi College in Cambridge, has become known as the Corpus Glossary. It’s a list of Latin words with their Old English equivalents. Nail is included twice in its Old English form naegl, once to translate a variant of the classical Latin unguis for a finger or toe nail, the other the words paxillum and palum for a wooden pin or peg.

The experts say that naegl derives from a prehistoric Indo-European root that became not only unguis but also Greek onux and other words of the same meaning in most of the languages of Europe.

A link in shape between claws and pointed fasteners of wood or metal seems to have been established in prehistory, centuries before it was written down in the Corpus Glossary.

• Catherine Pantsios and Keith Underwood mentioned a New York Times article on 27 July about marketing toys to diverse demographics: “‘Right now there are more multicultural children being born under the age of 5,’ said Lisa Williams, chief executive of World of EPI.”

• The Northbrook Tower, which covers a suburb of Chicago, intrigued Douglas Downey on 24 July: “Smeltzer said the fire was distinguished ‘within the first 10 minutes’ of arrival by utilizing two hose lines.”

• David Coe told us about a brief story in the Sarasota Herald Tribune of 30 July about Crayola Inc that mentioned: “Mike Perry, the 111 year old company’s chief executive officer.”

• A front-page story in the Comox Valley Echo of 29 July caused Peter Blackmore to wonder how the aircraft ever got off the ground: “The fights follows [sic] the success during the Shellfish Festival in June when more than 100 people took to the sky in one of the company’s 14-seat DHC-3 Single Otter planes.”

• Joel Berson reported on another list that Trader Joe recently issued a recall notice for its California stone fruits, listing the products concerned with the helpful heading “Sold Individually (by the each)”.

• Thanks to Nick Willmott we know that the BBC online news for South West Wales of 25 July had this quote: “We have some really rampant gulls in Tenby, viciously attacking people with ice cream or chips.”

• Lynn Whinery found this caption on the CNN website on 31 July: “A truck carrying an unsecured ax flew through the windshield of the vehicle driving behind it down the highway. Luckily, no injuries.”