The final moments before the SLAV whisks the Stellar Explorer away pass quickly and is “put up or shut up” time. Fifteen years of R&D has dwindled to fifteen minutes of checklists. Nearly one-third of Deke & Gus’ lives have been spent in anticipation of this moment, now only a short ride to the outer atmosphere away.

Polite hand clapping grows into rousing cheers as the two deep-space pioneers climb the twenty stairs to enter the Stellar Explorer through the small side hatch. It is sleekly designed, more a side-effect of the speed it achieves, than the need for aerodynamics {no atmosphere – no friction}, but it can hold more than just the two pilots and makes less noise than an elevator door.

In contrast to that whoosh, the turbines of the generic SLAV will kick up its share of earthly dust, requiring hands over ears and on top of hats. It consumes every yard of

runway one-niner to get airborne, much to the chagrin of the assembled, but not those of the informed.

All is calm in the control cabin of the Stellar Explorer, with no reason not to be, for if things go as planned, the jaunt to the edge of Solar System carries better odds than the favorite at The US Open tennis tournament. Las Vegas odds makers are taking bets that they will not re-enter Earth’s atmosphere in the predicted 30 minute window.

“Now how stupid was that? You are betting we have a headwind in both directions.”

“Not exactly. All we have to do is take our sweet time on the return trip.”

“I’m not sure they’ll pay off on that  Gus, when they find out who made the bet.”

Unlike the Enola Gay after it dropped its payload, the unnamed SLAV crew slows to an orbital stop to witness this milestone achievement in person. The Stellar Explorer is only visible for a blink-of-an-eye. — 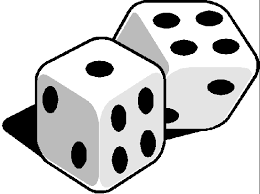