Space may be the “final frontier,” but it’s far from the most alien one. The oceans are still full of mysteries and strange lifeforms, and nowhere in the wet part of the world is more mysterious than the Mariana Trench. This vast ocean pit in the Western Pacific reveals new secrets whenever a brave explorer ventures in its lethal depths, and continues to amaze even the most jaded ocean researcher. Today, we’ll take a look at some of its strangest aspects and most enduring mysteries.

10. The size of the Mariana Trench 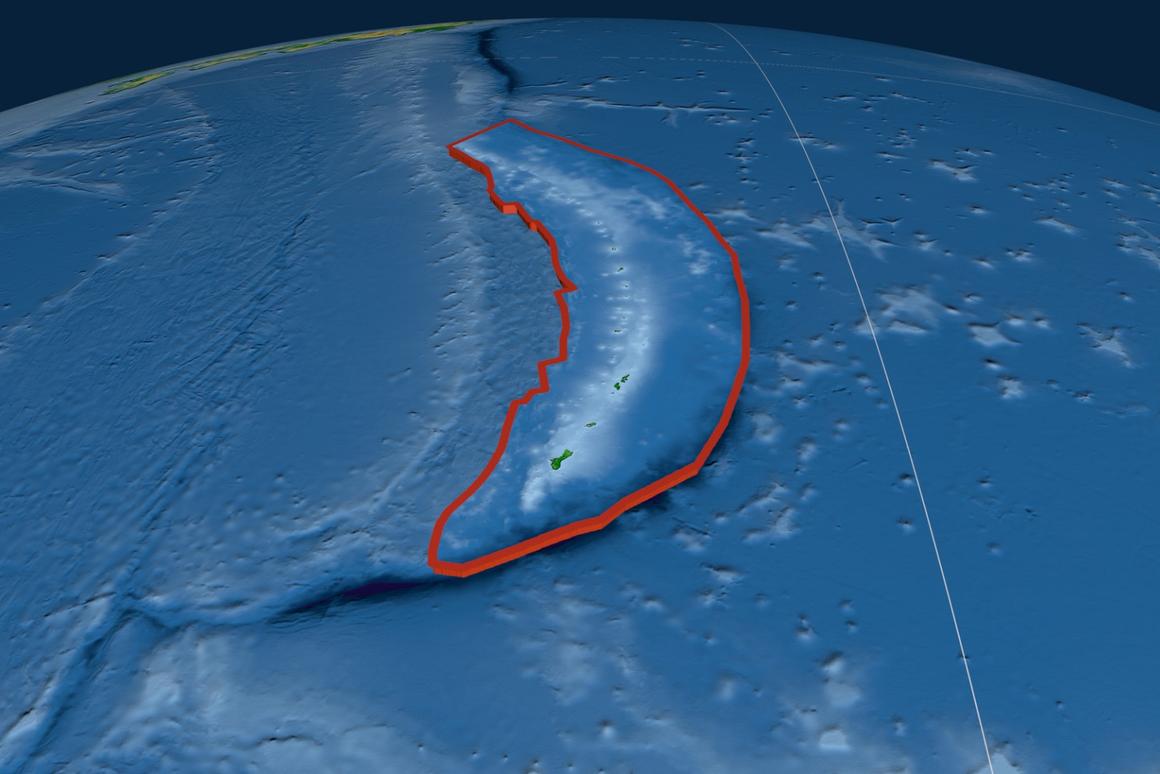 To even comprehend all the weird stuff that’s going on in the Mariana Trench, we must first understand its sheer size. Picture an underwater Grand Canyon. It’s easy to think that the place is just some deep, watery hole where a few creepy bioluminating critters hang about. In reality, however, the Mariana Trench is absolutely massive. It’s no less than 1,580 miles long and 43 miles wide, which understandably makes its exploration an incredibly daunting task even if you ignore the water pressure and the terrifying-looking lifeforms that lurk within its depths, which extend all the way down to roughly 36,000 feet below the surface at the trench’s deepest point, the Challenger Deep.

The Trench is technically U.S. territory, but since a giant, super-deep ocean hole that contains all sorts of strange ecosystems is obviously fairly vulnerable to human tampering, President George W. Bush declared it a “marine national monument” in 2009. This means that the majority of the Mariana Trench, along with a whole bunch of surrounding seafloor and several underwater volcanoes, are a protected marine reserve.

One of the strangest things that have emanated from the Mariana Trench hasn’t been a frightening sea monster, though we’d be surprised if the option isn’t on the table whenever the mysterious “bio-metallic” sound that sometimes emanates from the trench is heard. Marine researchers have dubbed this almost mechanical, “twangy” noise “Western Pacific Biotwang,” and it first turned up in 2014 when scientists recorded ocean sounds near the Mariana Trench with diving robots called “passive acoustic ocean gliders.”

The complex, 3.5-second sound turned up several times during the research period, and while it seemed mysterious, the scientists eventually decided that the most likely culprit is a minke whale, a peculiar small whale that can sound like a Star Wars sound effect. However, the minke whales themselves remain largely a mystery to science, and they still have no idea what the call is about, and why it has been recorded year-round.

Incidentally, this isn’t the first time the elusive minke whales have puzzled scientists. For 50 years, researchers were puzzled by a strange, duck-like underwater sound that seemed too repetitive and rhythmical to be anything but man-made, and far too loud to be a fish. We didn’t figure out that this “bio-duck” sound was minke whales until 2014.

When listing deep-sea dangers, one imagines things like giant sharks and maybe huge octopus creatures. What you wouldn’t expect, though, are massive mud volcanoes, spewing hot mud and rock fragments from the depths of the earth to the, uh, depths of the sea. Still, such natural structures exist within the Mariana Trench, which exists in a spot where the Pacific tectonic plate is pushed downwards by the Philippine Sea Plate. This makes the area a hotspot of volcanic activity, and the mud volcanoes are part of the deal.

Incidentally, these massive geological structures bring warmth to the kinds of depths where very little would otherwise exist. Thanks to the heat and minerals of the mud volcanoes, researchers have found evidence of microbial life as deep as six miles under the Mariana Trench. This is a hint that life may survive in the kinds of extreme environs we’re yet to truly comprehend. As project leader Oliver Plumper puts it: ““This is another hint at a great, deep biosphere on our planet. It could be huge or very small, but there is definitely something going on that we don’t understand yet.”

If that quote wasn’t ominous enough, the Mariana Trench can up its volcano game to an even weirder level: It’s also home to a submarine volcano that spews molten sulphur, and another one where the eruptions are liquid carbon dioxide. Life under the sea may not always be fun, but it’s certainly eventful. In 2018, the Jason Statham movie The Meg introduced the world to the novel concept of giant Megalodon sharks lurking in the Mariana Trench. The movie depicts the Mariana Trench having a “fake” bottom, behind which these super-sharks have lurked all along, but apart from that novel feature, the conspiracy theories about Megalodons secretly haunting the seas have been around for quite a while — and what better location for them to hide their existence from puny humanity than the deepest pit in the sea?

Unfortunately (or fortunately, depending on your views on massive sharks), this is very unlikely to be true. The Mariana Trench could not even theoretically support a creature as large as the Megalodon, and anyway, the creature used to hang around in fairly shallow, warm waters. But hey, one can always dream, right?

The Hadal Deep is technically a joint moniker for the deepest parts of the ocean all around the world, but the Mariana Trench is where it is at its absolute most unforgiving. The zone is named after the Greek mythology’s underworld Hades, and fittingly enough, it’s so intensely hostile to human life that more people have been to the Moon than ventured there. This is a big part of why it holds so many mysteries: To keep people alive (and equipment intact) in the pressures of the Hadal Deep is intensely difficult.

Oh, and here’s where things get really nasty: When it comes to the Mariana Trench, the beginning of the hellish Hadal Deep is pretty much just the halfway point. The Hadal Deep starts at 20,000 feet below the surface, while the deepest (as far as we know) parts of the Mariana Trench are well over 35,000 feet deep. So, before you venture there, maybe do a practice run in one of the other 45 Hadal areas in the world.

Yes, you read that right. There are no less than 46 of these underwater hells scattered around the world, and we’ve barely scratched their surface.

5. Sounds from the Deep Weird whale noises are one thing, but when scientists managed to capture audio from the deepest ocean pit on the planet in 2016, things got all sorts of creepy. You’d expect that the Challenger Deep would be a serenely quiet place at 6.7 miles beneath the surface, but recordings show that the area is actually chock-full of sounds that seem like something out of a horror movie.

Yes, the deep is full of screeches, moans and rumbles, and while the occasional sound can be traced back to a whale or an earthquake, a whole bunch of them remain a mystery. Perhaps the strangest thing about the recordings is the fact that you can often hear the surface sounds shockingly clearly, and boat propellers and typhoons are clearly audible on some of the tapes. In fact, marine scientists are kind of worried that man-made sounds will only increase in the ocean, even in the pits of the Hadal Deep. So, you know. When the creatures of the deep inevitably rise against us surface dwellers, there’s a fair chance it will be because they’re just coming to complain about their noisy upstairs neighbors.

4. The crazy marine life of the Mariana Trench

Imagine a science fiction monster and there’s a decent chance that a variation of it exists somewhere in the depths of the Mariana Trench. There are relatively huge amoebas that surround and consume their prey like a gelatinous cube monster in Dungeons & Dragons. There are various translucent and bio-luminescent creatures. There are, of course, many-toothed monsters like the freaky anglerfish and the huge goblin shark, not to mention creatures with telling names like “deep sea hatchetfish” and “fanfin sea devil.” What else is lurking down there? Who knows!

To be fair, the marine life of the Mariana Trench is not just pure nightmare fodder. The most fearsome predator of the area is a perfectly unassuming little pink guy called the Mariana snailfish, which gets along simply because it can live a lot deeper than some of its toothier neighbors. As it’s able to exist at a depth of an impressive 26,200 feet, it’s free to feast on smaller marine life without risk of getting eaten itself.

3. The secrets of the ocean floor

In 2012, James Cameron — yes, the Titanic director — climbed into a small specially-made submarine and spent two hours and 36 minutes descending to the lowest point of the Mariana Trench. This was the deepest solo dive in human history, and though Cameron didn’t exactly discover the Kraken, his adventure yielded some mightily interesting scientific results. Apart from various larger and weirder than expected (though not large enough to star in a disaster movie) bottom-dwellers, areas of the trench’s bottom were covered by an “astonishingly bizarre” ecosystem of a thick layer of bacteria that seemed to subsist solely on chemical reactions between the water and the rock.

It’s almost certain that Cameron’s dive was just scratching the surface, too — researchers have estimated that the bottom of the trench might house 50-100 species of xenophyophores (basically giant amoebas) alone, let alone all the other species Cameron saw… and, no doubt, many that we’ve yet to discover.

2. The whole Mariana Trench is a giant mystery

What do we know about the Mariana Trench? At the moment, next to nothing. The researchers keep constantly finding mysterious new species and freely admit that “much of the trench and surrounding areas remain unexplored.”

When you really think about what you’ve read on this list, is it any wonder? It’s almost like our planet custom designed the Mariana Trench to be a mystery wrapped in an enigma, and made it as difficult as possible for a fragile human being to observe. It’s a place of total darkness, cold, and crushing pressures, populated by alien-looking creatures and constantly bombarded by constant noise from both man-made and natural sources. All in all, there are belief systems out there that have less scary hells.

1. The most horrifying beast in the Mariana Trench Yes, of course it’s humans. It’s always humans, even in the least people-friendly crevasse on the planet.

In 2019, a diver reportedly discovered several candy wrappers and a plastic bag in the Mariana Trench, a good 35,849 feet under the sea. This means we’ve already managed to contaminate the place that we have barely begun to explore, and it’s getting pretty bad. In fact, a group of experts estimated in 2017 that certain areas of the Mariana Trench are more contaminated than some of the most polluted rivers in China.

Interestingly, many deep sea amphipods hanging around at the bottom of the trench (and the oceans in general) are now stuffing themselves with plastics and microfibers that litter the sea floor. It remains to be seen how this affects them, and what effect their new diet will have on the ocean’s ecosystem in the long run. Experts’ predictions, unfortunately, aren’t too great.

The Grand Canyon of the Pacific –