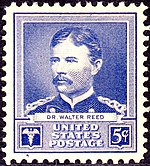 …Sara Fenwick knows nothing, has nothing to hide and is simply missing body organs and part of her brain…

And then there is the matter of the illusive Sara Fenwick. This one needs no thespian skills in relating her experiences. She does not remember a thing, period. As far as this seamstress-turned-globetrotter is concerned, she just wants to get back for Christmas (1941), even though it’s really 1947.

The same high-ranking officers that questioned Lyn have come to the realization just how futile any interrogation of this enigma would be. She knows nothing, has nothing to hide and is simply missing body organs and part of her brain.

“We will be leaving soon, Sara, I promise,” assures her friend. “Bob Ford is coming back for us.”

“There isn’t any water in the middle of the desert,” Sara correctly observes.

“He has a different airplane, hon. Remember I told you that he and I came from New York to confirm that you were really alive?”

“And I feel like I’ve caught up and passed you.”

“You truly are mad, Lyn. I will always be five years older than you, not that I wouldn’t mind shaving those years off.”

“I guess always is not as permanent as it used to be.”

“You haven’t stopped loving me, have you – is that the “always” you are talking about?”

“Just ignore me, Sara, I’m getting used to having you around again.”

“Boy, I step out for a breath of fresh air and the whole world goes bonkers!”

For now, they must rely on the hospitality of strangers and hope that Jupiter and Mars can possibly realign.