Someone who is enjoying a book, a song, a movie, or a television show is enriching his or her inner world by imagining new physical, intellectual, and emotional possibilities. Sometimes, however, the world a person creates in his or her art isn’t imaginary at all. All of the places on this list are actual places that a tourist could visit. All of them have been popularized because of their associations with certain books, music, movies, and television shows. When the King of Rock ‘n’ Roll, Elvis Presley, bought his Memphis estate, Graceland, in 1957 it was one of the most costly properties in the area. Unable to afford the expense of caring for the estate after Elvis’ death, Elvis’ former wife, Priscilla Presley, opened it to the public in 1982. Now, roughly 600,000 people visit Graceland each year to pay homage to their favorite rock and roll royalty.

Graceland is a tourist destination because of its sociocultural significance. Elvis spent 20 years of his life there. However, Graceland also has artistic significance, as it has served as a muse for successful songwriters. In “Walking In Memphis,” singer/songwriter Marc Cohn sings about seeing the ghost of Elvis Presley while touring Graceland. In “Graceland,” a song from an album of the same name, singer/songwriter Paul Simon sings about the creative and personal redemption he finds while visiting his idol’s home. 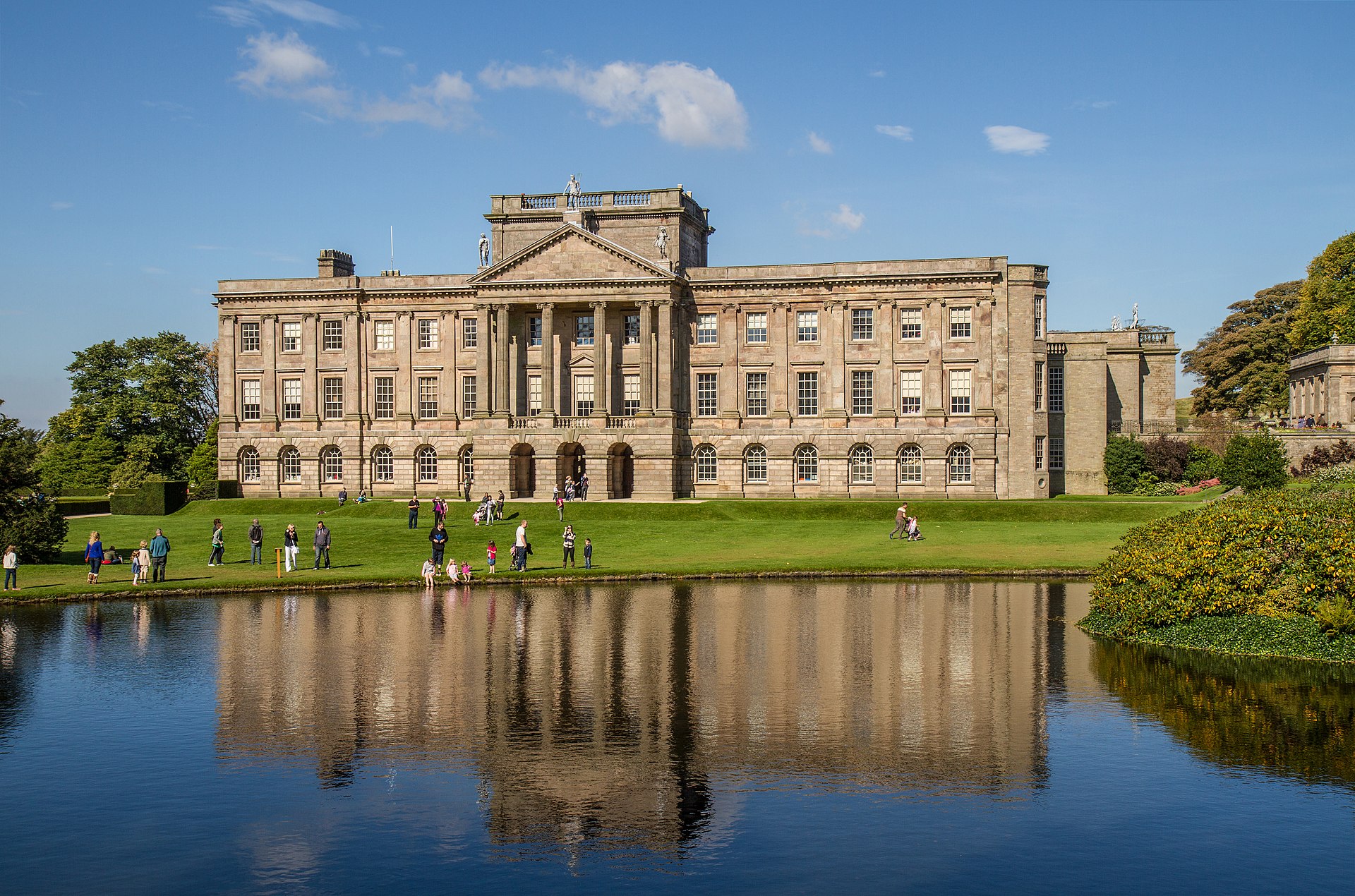 Mr. Darcy, the hero of Jane Austen’s 1813 novel Pride and Prejudice, was mentioned more in 1995 than at any time since 1900. This is partially because when screen and teleplay writer Andrew Davies adapted the novel into a six hour miniseries for the BBC, he put a handsome face to the famous name.

When the novel’s heroine, Elizabeth Bennet (played by Jennifer Ehle in the miniseries) tours the estate of Mr. Darcy (played by Colin Firth), whose marriage proposal she has rejected because she thinks him haughty, she realizes that the man she has turned down is very well endowed… with property. His estate, Pemberley, consists of lush woodlands and a stately manor. When they unexpectedly meet at Pemberley, Elizabeth and Darcy better understand both each other and the nature of their own romantic feelings.

The Pemberley of the 1995 miniseries is actually two places. The exterior shots of Pemberley were filmed at Lyme Park in the Peak District in Cheshire. When the cast and crew were ready to film the interior shots for Pemberley, Lyme Park — which is open to the public — was no longer available. The interior shots for Pemberley, including the elegant, long gallery, were shot in Sudbury Hall, an estate in Derbyshire. Tour guide Maddy Hall says that when she takes tourists who are using P and P Tours to Lyme Hall, she doesn’t go inside herself. She wants to keep her vision of Pemberley (literally) intact. Says Hall, “In our minds we think we have seen Jennifer Ehle [as Elizabeth Bennet] looking out of the windows and seeing the lake [on the grounds of Pemberley] – but in fact it’s all down to skillful editing.”

8. Middle-earth (The Lord Of The Rings Trilogy) While he was writing the The Lord of the Rings, British fantasy author J.R.R. Tolkien meticulously created the vivid details of Middle-earth, the setting for his trilogy. Tolkien produced a colorful, annotated map of Middle-earth, now housed in the Bodleian Libraries at Oxford University. Tolkien also made sketches of his fantasy realm.

When movie director Peter Jackson acquired the rights for his movies based on Tolkien’s The Lord of the Rings trilogy, he knew exactly which location would best represent Middle-earth: Jackson’s homeland, New Zealand. Jackson used 150 locations in New Zealand during the making of his movies. Each movie in the trilogy grossed an average of $970 million, and the third film was the highest grossing film for 2003. New Zealand embraces its identity as Middle-earth in its tourism marketing. On its tourism website, it’s called “the perfect Middle-earth.” Many people must see New Zealand’s sloping hills, majestic mountains, and limpid bodies of water as the perfect features for Middle-earth. Roughly 47,000 Tolkien fans per year visit film locations in New Zealand. Since it opened in 1931, the Empire State Building has been featured in over 250 movies. One of the building’s earliest scene-stealing cameos was in the 1933 movie King Kong. In the film, the behemoth ape King Kong escapes from an exhibit and kidnaps the character portrayed by Fay Wray, with whom he is smitten. He carries her to the top of the Empire State Building, where she’s rescued when the gorilla is shot repeatedly by airplane gunners.

In 1933, the scene served as an homage to the sociocultural relevance of the (relatively new) Empire State Building. In 2019, the Empire State Building paid an homage to the film. As part of $165 million worth of renovations, designers built a gallery with interactive exhibits on the second floor of the world-famous tower. As visitors walk through a 1930s newsroom, King Kong’s fingers pierce the walls as he dangles from the rooftop, dodging airplanes. In another exhibit, visitors can step into King Kong’s arms.

6. The Iron Throne (Game Of Thrones) 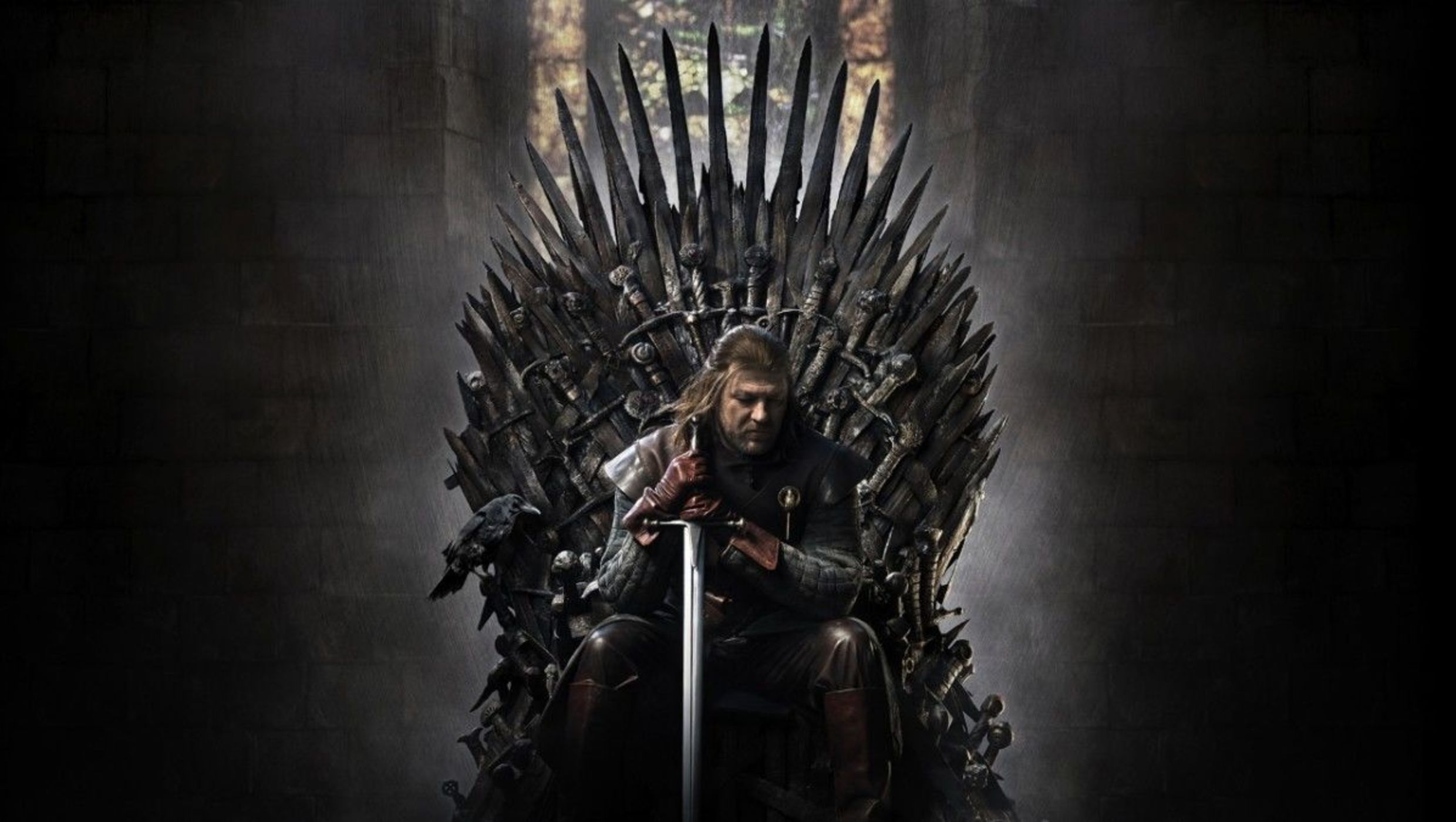 A Song of Ice and Fire, the fantasy series author George R.R. Martin began writing in 1991, hasn’t been completed yet. The HBO series based on Martin’s books, however, premiered in 2011 and ended in 2019. The series earned 12 Emmy awards for its final season, the most wins for any individual show. The finale was watched by over 13 million viewers, the most viewers for any HBO show, according to The Wall Street Journal.

Since the show was filmed in 10 countries, fans of both the books and the miniseries have many tourist destinations from which to choose. Arguably, the most contested site in the series is King’s Landing, home of the Iron Throne that inspires the brutal succession “game” that gives the series its title. In 2019, HBO hid six Iron Thrones throughout the world and awarded prizes to fans who found them using clues posted on the Game of Thrones Twitter account. The scenes in King’s Landing featuring the “real” Iron Throne — the one built by the show’s set designers — were filmed in Dubrovnik, Croatia. In 2015, the mayor of Dubrovnik claimed HBO was gifting the Iron Throne to his city. HBO denied the mayor’s claim. Dubrovnik does not have the Iron Throne yet, but it does have a museum honoring Game of Thrones. 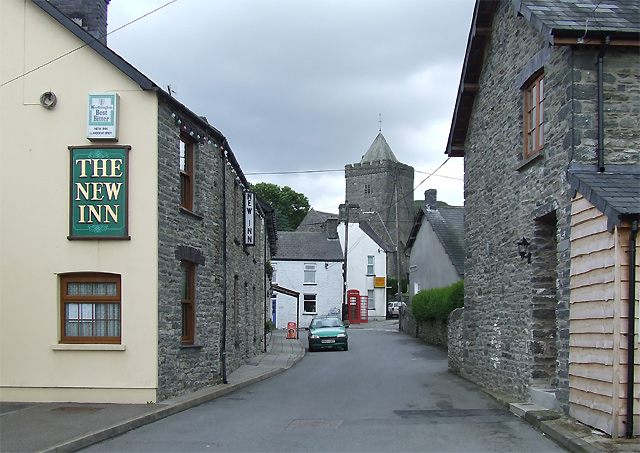 One of the recurring characters on Matt Lucas and David Walliams‘ 2003 BBC sketch comedy television series, Little Britain, is Daffyd (a misspelling of the Welsh “Dafydd”) Thomas, a flamboyant, inexperienced youth who doggedly insists he’s the only gay man in his village of Llanddewi Brefi, Wales.

The sketches are actually shot in Buckinghamshire, England. Still, the popularity of Lucas’ character has strengthened the tourism industry in Llanddewi Brefi. Shop owner Neil Driver, who owns Siop Brefi in partnership with his wife, Glesni, says tourists come to have their photos taken while they’re standing in front of the sign at the town’s entrance, and sometimes they steal the signs. In 2005, Driver told Wales News he had sold roughly 40 shirts with a line from one of Daffyd’s sketches on them to visiting tourists. Sam Wallaston, a television critic for the British newspaper The Guardian, called Julian Fellowes’ series Downton Abbey “a posh soap opera [but] a pretty bloody splendid posh soap opera.” The series dramatizes the interpersonal relationships of the Crawley family, the owners of the estate Downton Abbey, and the servants who attend the Crawleys. The Crawleys’ story also intersects with important sociocultural and sociopolitical events in England at the turn of the 20th century.

Highclere Castle is where the interior shots (most notably the dining hall, the entrance room, and the staircase) and the exterior shots for the series were filmed. In a way, Highclere Castle is the titular character, since the show is named for the Crawleys’ estate. The popularity of the show has increased the popularity of Highclere Castle, Downton Abbey’s real world counterpart. George “Geordie” Herbert, the eighth earl of Carnarvon and Lady Fiona Carnarvon, who own Highclere Castle, say the tourism created by the show has assisted them in paying for the castle’s necessary repairs. As of 2015, 1,250 tourists per day visited Highclere Castle. In 2019, Airbnb offered two sweepstakes winners an overnight stay in order to promote the newly released Downton Abbey movie. In 2018, author J.K. Rowling’s seven book Harry Potter series became the bestselling book series in history. Rowling’s series has sold over five hundred million copies worldwide. Rowling’s work is appealing — especially for her most devoted fans — partially because of how deftly she depicts Hogwarts, the wizard training school where Harry seeks to master his craft.

In the book, Harry travels to Hogwarts by taking the train at platform 9 ¾ in King’s Cross Station. Boarders must reach the platform by running through a brick wall between platforms nine and ten. At the actual King’s Cross Station, platforms nine and ten are separated by tracks. Luckily for Harry Potter fans, there is still a platform 9 ¾… sort of. A luggage trolley is embedded in a wall in the station concourse. Above the trolley is a sign that says Platform 9 ¾. Tourists may have professional photos taken grasping the trolley. A nearby gift shop offers tourists the option to further personalize the photo by wearing a scarf in the Hogwarts house colors of their choice. The photo and the scarf are available for purchase. King’s Cross Station’s platform 9 ¾ welcomes over one million visitors each year. Rowling, for her part, said she immediately knew she would locate platform 9 ¾ at King’s Cross Station, because it has emotional significance for her. Her parents met on a trolley there. In 1923, Los Angeles Times publisher Harry Chandler invested in an upscale housing development. The housing development was called Hollywoodland. In order to advertise, Chandler bought 45-foot high white letters that spelled out the name of his development, located on the south side of Mount Lee in the Hollywood Hills. He anchored the letters to telephone poles, and attached a total of 4,000 illuminated lights to his lettering.

The word “land” was removed from the sign in 1949, long after Hollywoodland had gone out of business. The sign has received regular maintenance checks since the 1970s, and its sociocultural significance continues to be confirmed. The Hollywood sign, or at least a studio set replica of it, has appeared in over a dozen movies. When rock and roll’s most famous quartet, The Beatles, crossed Abbey Road in the cover photo for their 1969 album of the same name, they elevated the significance of their recording studio, Abbey Road Studios. Now linked inextricably with the success of a band ranked Number One in the 2010 Rolling Stone list “100 Greatest Artists,” Abbey Road is a symbolic home for any musical artist who desires creative freedom.